Turn in the seat of the new Minister of Mobility and Digital Transformation, María González Corral. 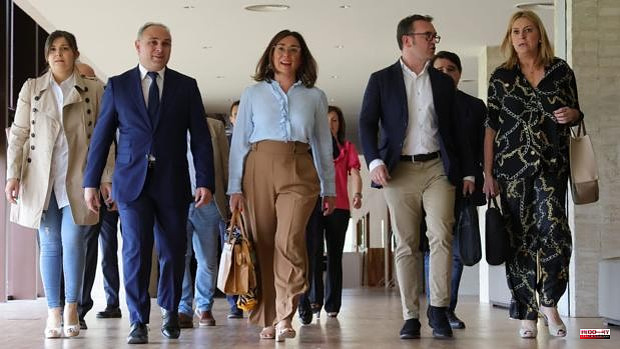 Turn in the seat of the new Minister of Mobility and Digital Transformation, María González Corral. According to the agenda of the round of appearances in the Cortes, it was time for him to set the main goals of his team for this legislature, which he structured around the three topics covered: roads, transport and digital transformation.

In his speech, he announced a new Highway Plan that will start in 2023 and end in 2034 with the aim of 100% modernizing the Preferred Complementary Network, which would already be adapted in 80% of its 4,493 kilometres. This improvement involves widening the road to six meters, and for that pending percentage, "more than 200 modernization actions are planned on 2,300 kilometers and more than 800 reinforcement works on another 8,800".

In addition, although he recognized that there would be no major advances in new roads, he did name several specific actions, among which he cited the split between Segovia and La Granja to assume a high intensity of traffic; a bridge over the river Esla connecting the LE-213 and the N-625 (León); or a connection in Burgos -between the N-623 and the CL-629- with the aim of avoiding the Peñahorada gorge.

González Corral also assured that intelligent signage will be placed in a dozen sections to avoid accidents with wild animals. In addition, he reserved a criticism of the Government for not having remembered the roads when distributing European funds: "It has clearly ignored the interests of the communities and the needs of internal mobility," he reproached.

The differences in criteria with the Executive were also evident when it came to flying over the actions in Transport. The sticking point? The options to get from one place to another in the most rural environments. The incumbent's speech indicated her "concern" about what the draft Law on Sustainable Mobility raises, which indicated that "it lacks a global vision of mobility that incorporates the rural world." In contrast, this aspect would be crucial for the Ministry to balance the territory and fight against depopulation, for which González Corral indicated that they will reformulate the entire public system and its concessions with this rural mobility as a "priority". In this case, yes, with 20 million 'Europeans' as a budget. In this field, he also recalled instruments such as subsidies to maintain deficient services or the freezing of ticket rates for three months to avoid the impact of price increases on the traveler. In addition to preparing the Bono Castilla y León Rural Joven (up to 26 years of age), the Bono Castilla y León 20 is on the table, which, as previously announced, will offer a flat monthly rate of 20 euros.

Finally, in the brushstrokes dedicated to telecommunications and digital transformation, a forecast could not be missing regarding the "essential" arrival of mobile coverage and Internet throughout the territory. In this regard, the minister recalled that since 2020, the model establishes that public aid can only be granted by the State, so, for now, Castilla y León has to organize its 22 million assigned to distribute between injections for operators, communities of neighbors or vulnerable families. The forecasts hold. By 2023, 90% of the Community will have a 100 Mbps connection and, in mobile, the entire population will receive at least 30 Mbps of broadband.

Within digital skills, there is already a planned investment of four and a half million in cybersecurity, as well as a list of digital improvements in public administration (staff training or modernization of supports, among others). The 'Intelligent Rural Territory' project stands out, which will be launched hand in hand with the provincial councils and proposes to operate some services -such as garbage collection or lighting- with the Internet of Things (IoT) and sensors, that is, in a automated. In addition, 15 million euros of European funding, González recalled, will go to the construction of a headquarters for Scayle, the Castilla y León supercomputing center, from which many added calculation, research and massive data storage options are expected. .

1 Yolanda Díaz launches her platform 'Sumar' 2 Laura Fuertes achieves a historic bronze for Spain... 3 Barça and Real Madrid face each other in a 'Final... 4 Laia Palau: "My idyll with basketball doesn't... 5 Prime Macron 2022: its amount will triple! For who... 6 2022 World Cup in Qatar: the French team challenged... 7 Price of gasoline and diesel in Spain today, May 19 8 2022 tax declaration: it's already next week!... 9 Russia denounces the death of a civilian in an attack... 10 Ukraine estimates more than 230 children killed since... 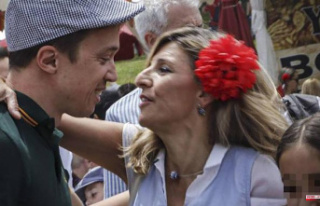