The Government Council of Castilla-La Mancha has agreed at its meeting this Tuesday to reinforce with 12 professionals plus the team in charge of managing the projects charged to the 125. 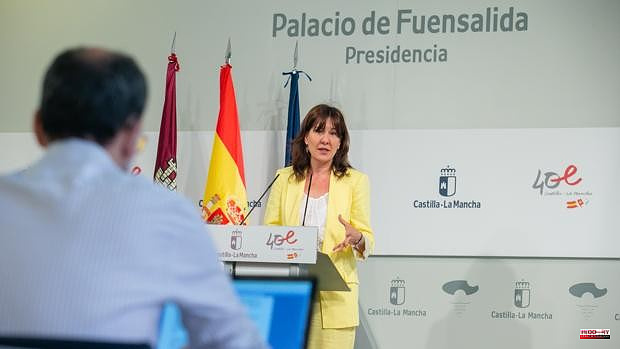 The Government Council of Castilla-La Mancha has agreed at its meeting this Tuesday to reinforce with 12 professionals plus the team in charge of managing the projects charged to the 125.7 million euros of European funds from the Recovery and Resilience Mechanism (MRR ) assigned to date by the Ministry of Social Welfare.

In this sense, the Minister of Equality and spokesperson for the regional Executive, Blanca Fernández, has highlighted some of the actions in which the Government chaired by Emiliano García-Page is working. Among them, the improvement of infrastructure and equipment in the network of long-term care centers, to which an amount of 77.9 million euros is assigned, which will allow the remodeling and construction of residences; direct investment in publicly owned centers and through calls for subsidies in the case of privately owned centers or local entities, as well as building specialized day centers for cognitive impairment.

Similarly, Blanca Fernández has indicated that another of the projects is to modernize the residential care infrastructure for minors, to which an amount of 12.5 million euros is assigned with the aim of carrying out actions in its own centers to improve the infrastructures, digitization and accessibility.

The regional spokesperson for the third project has also informed, to which a part of those more than 125 million euros will be allocated. It has to do with the improvement of accessibility in infrastructures and equipment of town halls. In this case, it is being carried out through a call for grants aimed at local entities with 1,000 inhabitants or less, to which 284 entities have attended, and which has an endowment of 1,885,000 euros.

In addition, it should be noted that Castilla-La Mancha has been awarded a subsidy charged to European funds for new housing accessibility projects for the elderly, disabled and/or in a situation of dependency, which will be carried out through a call for grants aimed at projects in population centers located in rural areas in a situation of extreme depopulation.

Precisely, in order to meet the milestones established within the set period of time, the Government of Castilla-La Mancha is carrying out this reinforcement with a budget of 490,828 euros with 12 civil servants and interim civil servants with very specific profiles, such as a senior architect ; five senior technicians in the Legal Specialty; three technical industrial engineers and three technical architects who would be in the Central Services of the Ministry of Social Welfare and the delegations of Ciudad Real, Cuenca, Guadalajara and Toledo. This staff is added to the 18 people hired previously for this same purpose.

"In short, it is a firm commitment to what can clearly be said to be a house brand: the commitment, since Emiliano García-Page entered the Government of Castilla-La Mancha, for the permanent strengthening of the system of the Unit, which has gone through implementing the number of beneficiaries of the aid that is currently received, and that we have increased by more than 65 percent what originally existed; and for taking advantage of these European funds so that the infrastructures and facilities where dependent elderly people, people with disabilities or vulnerable minors are cared for are decent, modern and an essential service can be provided in conditions of the highest quality, safety and adapted to the 21st century », Blanca Fernández concluded.

1 The region registers 1,917 cases of Covid in people... 2 The story of the huge brothel that turned Valencia... 3 The ADDA presents its new season "Divine Poem"... 4 An unidentified fishing boat loaded with 560 kilos... 5 Open day and guided tours in the Municipal Archive... 6 Health notifies 3,019 new cases of coronavirus and... 7 "I'm not going to jump after you":... 8 Interior will reinforce the 12 largest Spanish airports... 9 A heads-up sailing through the Rías Baixas with the... 10 The Justice lifts the precautionary measures of the... 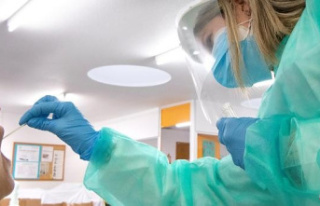 The region registers 1,917 cases of Covid in people...