The Board plans to rehabilitate more than 6,700 homes in Castilla-La Mancha in 2023 with European funds

The Government Council of Castilla-La Mancha has approved this week a new call for aid that is part of program 3 of the Next Generation funds of the European Union with a budget of 19. 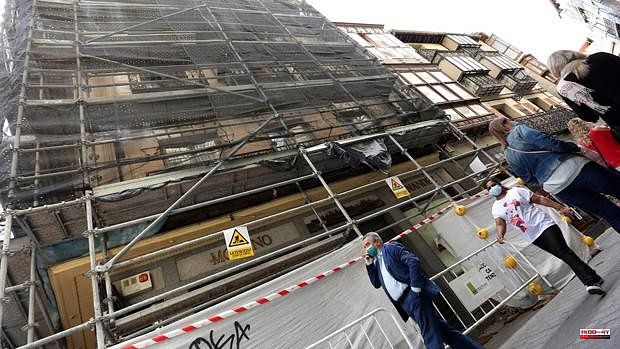 The Government Council of Castilla-La Mancha has approved this week a new call for aid that is part of program 3 of the Next Generation funds of the European Union with a budget of 19.4 million euros with which it is intended to reform more than 2,000 homes. This was announced at a press conference by the Minister of Public Works, Nacho Hernando, who also pointed out that with all the programs launched, they foresee that by the end of 2023 more than 6,700 properties will have been rehabilitated in the region, prioritizing and benefiting with this to the most vulnerable population.

«A year and a half ago, when they threatened us with having to make available to people ten times more budget than we can manage under normal conditions, we set to work to create a new mechanism that would allow us not to have to increase ten times the wage bill or the processing time.

It was necessary to be useful and agile in the implementation of funds that do not go to meaningless works, but to a more competent economy as well as a social one to be more digital, greener and reduce the electricity bill", has remembered.

Nacho Hernando has highlighted this "qualitative leap" that has occurred "when it comes to exporting crises." In his opinion, "if ten or twelve years ago the response of Europe and of a Spanish government, which looked the other way and submitted to the wishes of the North, which was to accept the arrival of 'men in black' and cuts, now We're not going to allow a second installment of that horror movie."

Specifically, with this housing rehabilitation program 3, as he explained, blocks of flats, single-family homes, promotions of semi-detached houses or specific actions related above all to energy efficiency, but also other works that have to do with the accessibility and conservation of buildings and real estate.

However, the Minister of Public Works has cited a series of requirements to access this call. Firstly, the reduction of at least 30% of non-renewable energies and a saving in global annual energy demand for heating and cooling of at least 35% in climate zones D and E, as well as 25 % in climatic zone C.

In addition, the costs of the works, the acquisition of materials and also the fees of professionals, including the cost of preparing the projects, as well as the expenses derived from administrative management, will be subsidized. The novelty of these grants is that they can be requested retroactively by any rehabilitation project that began on February 1, 2020 to alleviate the economic effects of the coronavirus pandemic.

The amount of aid will range between 40 and 80 percent of the action depending on the energy savings that occur, with a maximum amount of aid of 26,750 euros. But the great novelty highlighted by Hernando is "the great social achievement" that is the fact that the percentage of aid can reach one hundred percent "as long as it is a person with economic vulnerability." This, he has assured, "allows us to combat energy poverty, reduce inequalities between different neighborhoods and make renovation work for everyone and not just for those who can afford it."

Likewise, he explained that "for the first time, these aids have tax deductions in personal income tax, which are three: in housing rehabilitation works, 20 percent with a maximum deduction base of 5,000 euros per year, provided that the works carried out involve a demand savings of seven percent; in housing rehabilitation works, a 40 percent deduction with a maximum of 7,500 euros per year, provided that the work carried out represents a saving of 30 percent; and for efficiency works in the residential building in actions that involve a 30 percent saving in consumption or achieve an energy efficiency letter A or B and that can amount to 60 percent, up to a maximum of 15,000 euros.

As indicated by the Minister of Public Works, those interested will have to request help through the new figure of the 'rehabilitation managing agents', with which the 'turnkey' model is launched for the first time. In this sense, he has highlighted that in Castilla-La Mancha 224 rehabilitation agents have already been authorized to rehabilitate more than 2,000 homes.

“We are satisfied and excited because we have tried to do things in an innovative and pioneering way and we are counting on the support of many sectors, such as the professional associations that will form part of the network for disseminating these grants, which will allow us to move forward in moments of difficulty through a qualitative leap by being more efficient, paying less on the electricity bill and being able to move forward", concluded Hernando.

1 Who was Kanamat Bothasev? Highest-ranking commander... 2 Final Partygate Report Holds Johnson Government Leaders... 3 The Xunta gives the green light to more than 10,000... 4 2022 Finnish Grand Prix canceled 5 Google opens its 'cloud' region in Madrid... 6 The Barcelona City Council will present a complaint... 7 The IVAM presents an exhibition by Mar Arza that reflects... 8 Albares sees the possibility of "unraveling"... 9 Experts in animal translocation warn that "there... 10 These are the five worst shootings in US history 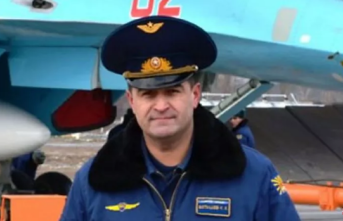