The Board offers 1,767 places in the 14 university residences of Castilla-La Mancha

The Official Gazette of Castilla-La Mancha will publish this Monday an order from the Ministry of Education, Culture and Sports calling for places in the university residences of the autonomous community for the academic year 2022-23. 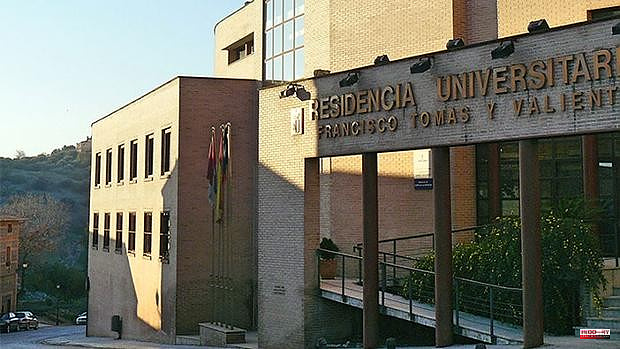 The Official Gazette of Castilla-La Mancha will publish this Monday an order from the Ministry of Education, Culture and Sports calling for places in the university residences of the autonomous community for the academic year 2022-23.

In total, pointed out the general director of Universities, Research and Innovation, Ricardo Cuevas, there are 1,767 places, distributed among the 14 existing university residences in the five provinces of the region.

Of the total number of places, Cuevas has detailed, 1,524 are general quota; 40 for students of Higher Level training cycles and Higher Artistic Education; 100 places for foreign students who participate in the actions of the European Educational Programs or other international cooperation programs through agreements signed by the public universities of the region or the Ministry responsible for universities, with the participation of the Ministry of Education , Culture and Sports; 15 seats for high-performance athletes; and 88 seats for people with different abilities.

Applications must be submitted electronically through the EducamosCLM platform and a single term is established for old and new residents, which will begin on June 15 and end on June 28 of this year, both inclusive.

For access to the place, the students' academic record is valued first and points are awarded for other special situations such as a large family or the income level of the family unit.

Similarly, and in order to promote access to equal opportunities for all students regardless of their economic resources, exemptions from the payment of public prices corresponding to the maintenance and accommodation service in the university residences of Castilla-La Mancha are established. , for students belonging to families with a family income equal to or less than the income that entitles them to receive the minimum solidarity income.

1 Sebastián Villalobos, named canon 'Mozárabe... 2 Moscow: Russian-owned successor to McDonald's... 3 Ukraine's leader claims that his troops continue... 4 “I doubt that the Montelarreina barracks is a reality” 5 'Unforgettable night' with Vanesa Martín... 6 Coptic priest killed by a Coptic priest in Egypt:... 7 A movie chase to stop a thief on the roofs of several... 8 US and Swedish troops drill on remilitarized Baltic... 9 Majority support of the workforce for the plan that... 10 Spain's 1st heat wave due to hot air 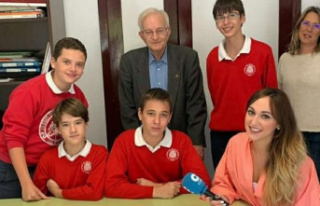