The Superior Court of Justice of Castilla-La Mancha (TSJCM) has once again condemned the Ministry of Sustainable Development for violating the fundamental right to strike in the public company Geacam and has imposed on the regional government the payment of legal costs and Payment of compensation to the Industry Federation of CCOO Castilla-La Mancha. 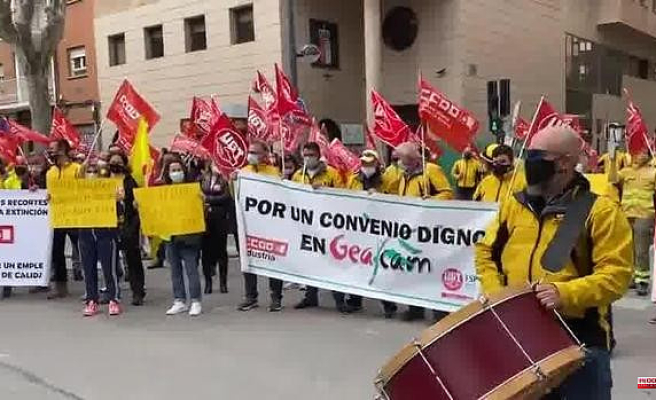 The Superior Court of Justice of Castilla-La Mancha (TSJCM) has once again condemned the Ministry of Sustainable Development for violating the fundamental right to strike in the public company Geacam and has imposed on the regional government the payment of legal costs and Payment of compensation to the Industry Federation of CCOO Castilla-La Mancha.

The Contentious-Administrative Chamber of the TSJCM has thus attended to the union's appeal against the resolution by which Sustainable Development established the minimum services to be provided by the Geacam workforce during the two days of strike called by the CCOO on the 6th and 7th of August 2021.

As reported by the union in a press release, the sentence essentially reproduces the one issued a little over a month ago by the same room regarding the minimum services imposed by the Administration before the partial strikes called by the CCOO on the 23rd, 24th, 30th and July 31, 2021.

In fact, this is what the court emphasizes when highlighting as the first legal basis the existence of "immediate precedent of this court in an identical case." “This is apparent both from the contested resolutions and from the content of the pleadings. The same even grammatically, the difference observed refers to the days for which the strike was called. Consequently, adds the court, "for reasons of logical legal coherence we refer to what was said in the previous sentence."

CCOO-Industry also refers to the assessment it made of the initial sentence, ensuring that the union always tries to defend the rights and interests of all workers in all areas, at the negotiating tables, on the street or in court of Justice.

"The Justice proves us right over and over again and condemns the Board over and over again for the same facts," explained the union, which has recalled that it is up to the Government of Castilla-La Mancha to appeal against this new conviction. in appeal to the Supreme Court, although he did not appeal the previous one and CCOO predicts that "he will not appeal this one either, because he knows for sure that, in addition to losing the appeal, he would make a fool of himself."

1 Miguel Fernández Vasco, sixth in the Finn World Cup 2 Victor Lopez and Luca Rosa, leaders of the San Isidro... 3 Mass demonstration against Peter Lim 4 Ortuzar calls for the creation of a "peripheral... 5 Spain relaxes entry rules for unvaccinated tourists... 6 Fernando Simón, on monkeypox: "Transmission... 7 The habitat of the Iberian lynx in 'El Borril'... 8 Champinter, Virgen de las Viñas, El Progreso and... 9 The detachment of the catenary on a train interrupts... 10 The first prize of the National Lottery leaves 60,000... 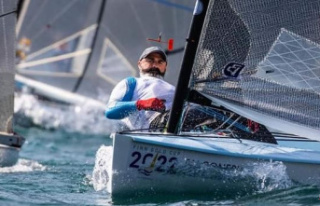