The BNG has compared this Tuesday the President of the Government, Pedro Sánchez, with Vox for defending the actions of the Moroccan police before the assault on the Melilla fence last Friday that resulted in 23 deaths. 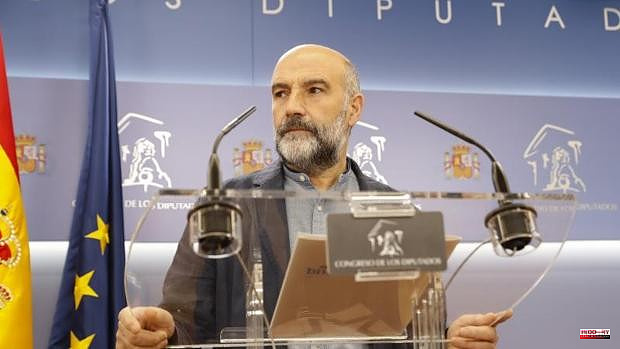 The BNG has compared this Tuesday the President of the Government, Pedro Sánchez, with Vox for defending the actions of the Moroccan police before the assault on the Melilla fence last Friday that resulted in 23 deaths.

The nationalist deputy in Congress, Néstor Rego, criticized, at a press conference, the two words that Sánchez used to assess the police action of the Moroccans on the border with the autonomous city as: "well resolved."

In Rego's opinion, these words by the Chief Executive "are unworthy and deserve to go down in the history of infamy." "They are not very different from what the PP or even the extreme right (alluding to Vox) could have done," he stated this Tuesday.

The deputy pointed out that the BNG and other parties have submitted a request for the President of the Government to appear and they consider from the formation that a "full-fledged rectification" is needed by the bicolor Executive, since, otherwise, "we will have to ask for resignations.

Néstor Rego has added that the incident on Friday in Melilla was "especially serious" that the Civil Guard allowed agents of the Moroccan Gendarmerie to enter Spanish soil to "beat", "arrest" and "return hot" the immigrants who had managed to cross the door that they had previously destroyed to enter Melilla through the Chinatown.

The nationalist deputy has blamed Sánchez for his "turn" on the Sahara, which entails "counterparts" such as "the externalization of repression" on the borders of Ceuta and Melilla, in reference to the protection of the border perimeter that Morocco will now also protect .

In reference to the recently started NATO Summit in Madrid, Rego has expressed the concern that the party observes about the increase in military spending in Spain in an "absolutely unjustifiable" way, which they believe will lead to a reduction in social spending.

1 Feijóo accuses Sánchez of damaging the credibility... 2 What days and until when is it free to travel on the... 3 Mañueco, to the LGTBI movement: «We cannot give... 4 The Triángulo Foundation colors the esplanade of... 5 Pollán asks the PSOE to withdraw the rainbow flag... 6 A network of Czech drug traffickers who sent "zombie... 7 Dismantled a marijuana plantation with 364 plants... 8 Sweden, Finland and Turkey meet in Madrid to unblock... 9 Francia Márquez, the vice president of “the nobody”... 10 Minority shareholders will take the assault on Indra... 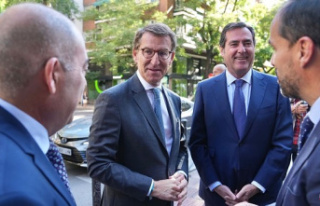