The Bizkaia tournament will open the summer of baseball

The summer of the ball begins to take shape. 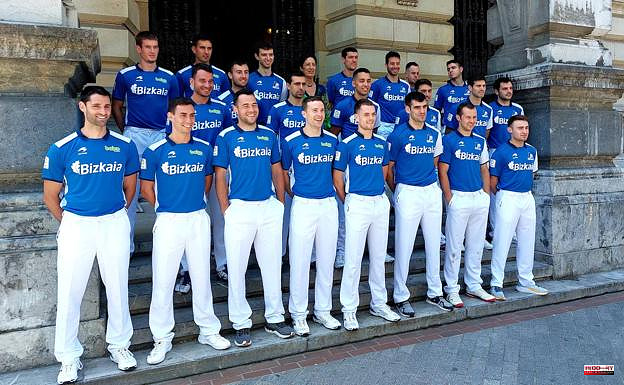 The summer of the ball begins to take shape. It was already known that the companies planned to organize the San Fermín and San Mateo fairs as well as Masters Caixabank, but there will be room for more competitions. The ninth edition of the Bizkaia tournament, which was presented this Thursday, will kick off the summer season on the second weekend of June, once the pelota players return from their vacations. It returns after two years of hiatus due to the pandemic with the same format of 24 manistas divided into six teams, which will bear the names of the bocineros mountains, but with a new venue compared to its last presence on the calendar. The companies have bet heavily and will put the best of their cadres.

The competition will feature one match in each of the three modalities, will have a ladder format and will start from the quarterfinals. The draw carried out has provided that the representatives of Aspe have the Gorbeia teams –Altuna-Martija, in pairs, Darío, in the Cuatro y Medio, and Salaberria, in heads-up–, Ganekogorta –Irribarria-Zabaleta, Zabala and Elezkano II– and Oiz –Ezkurdia-Rezusta, Elordi and Peio Etxeberria–. Those from Baiko will be Sollube –Laso-Imaz, Agirre and Bakaikoa–, Anboto –Urrutikoetxea-Mariezkurrena II, Peña II and Alberdi– and Kolitza –Jaka-Albisu, Artola and Zubizarreta–. The clashes will be between the representatives of the same company except in the final scheduled for the Aste Nagusia fair.

The championship will open on June 11 in Gallarta with the matches between Anboto and Kolitza. Sollube will wait for the winner at the Zierbena fronton seven days later. Tickets for this last festival will be free. The first duel of the Aspe pelotaris will be in the Matiena de Abadiño neighborhood between Oiz and Ganekogorta on the 12th. The one who overcomes this tie will play against Gorbeia in Arrigorriaga on the 19th. The individual matches will be 18 points and the protagonists will have a bottle rack of your own team.

«It is a special and beautiful tournament because it is played in all three modalities. I have never beaten him and I want to. The final will be at a festival in Bilbao and it could be something big”, highlighted Urrutikoetxea. For Irribarria, the tournament will have a “great level if you look at the names there are, and I hope that good matches will come out. But you don't depend only on your party and you have to team up. Help other colleagues », he stressed.

1 Dolz blames Cs for "the loss of 1.9 million"... 2 Coroner Kamel presents her report on deaths in CHSLDs 3 CCOO wants to end LGTBIphobia in companies in Castilla-La... 4 The Prosecutor's Office requests the internment... 5 Justice forces Carmela Silva to convene a plenary... 6 The Provincial Council will contribute to the transformation... 7 On Saturday the music returns to the Templete de la... 8 Acquitted in Salamanca of exhibitionism and sexual... 9 A gift for the head coach of the Predators 10 “It was an awful start” 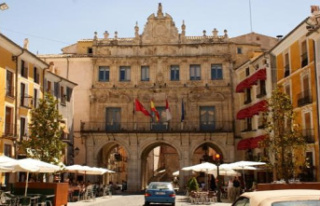