The Big Week of Corpus Christi already has a poster, a graphic work by Sara Martín de Veses from Toledo

The jury of the poster contest for the Big Week of Corpus Christi has ruled this Wednesday in favor of the work 'Corpus Domini' by Sara Martín de Veses from Toledo. 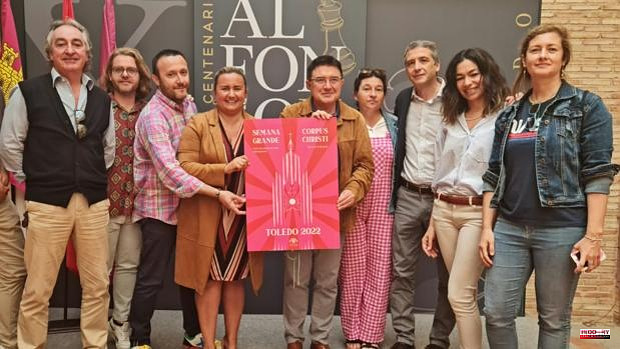 The jury of the poster contest for the Big Week of Corpus Christi has ruled this Wednesday in favor of the work 'Corpus Domini' by Sara Martín de Veses from Toledo. A total of 18 designs and paintings have been presented to this edition to announce the Big Week and festival of international tourist interest.

In a first vote, the members of the jury have selected a total of five works, to carry out a second vote in which the poster by Sara Martín de Veses has been the winner, a graphic work in which it is represented with a minimalist layout and The processional monstrance of Enrique de Arfe from whose mantle flow concentric rays that alternate between red, in relation to the sacramental character of the Eucharistic procession, and crimson, the color of the flag of the city of Toledo, are geometric.

The poster, in addition to announcing the celebration, will be the cover of the program and the program of the Big Week of Corpus Christi published each year by the Toledo City Council. The prize for the winner is 1,000 euros.

The jury was made up of representatives of the municipal political groups, as well as a representative of the School of Art, a graphic designer and a journalist, in addition to the Councilor for Celebrations, María Teresa Puig, and the Councilor for Culture, Teo García, along with the president of the Pro Corpus Board, Juan Carlos Fernández Layos.

1 Electoral survey: the PP is once again the most voted... 2 They locate a 90-year-old man who disappeared in Nebreda... 3 They identify an 8-year-old girl who jumped "to... 4 Magán closes its youth and children's soccer... 5 Katie Britt, U.S. Rep. Mo Brooks in Alabama Senate... 6 After Wall St's further decline, Asian stock... 7 Unemployment up very slightly in April, a first for... 8 Ukraine: Brussels wants to facilitate the confiscation... 9 Ukrainian cartoonists take over Charlie Hebdo 10 At what age is it legal to carry a gun in the United... 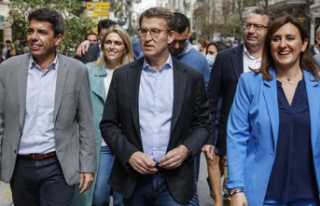 Electoral survey: the PP is once again the most voted...