The big left-handed elephant in the room

TULSA | There's a huge elephant in the room in Southern Hills. 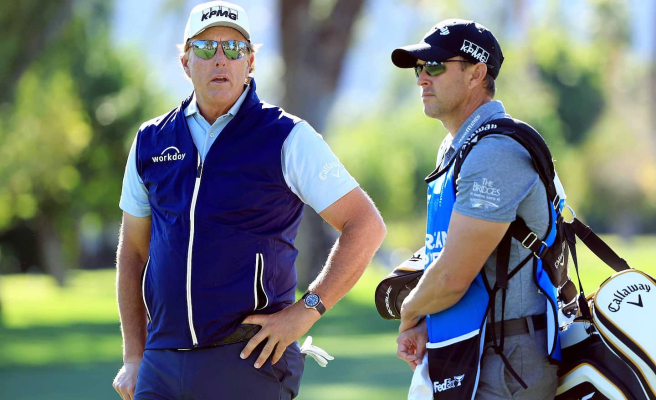 TULSA | There's a huge elephant in the room in Southern Hills. The absence of Phil Mickelson, defending champion of the flagship PGA of America tournament, is conspicuous by his absence.

For the fourth time since 1960, the winner will not attempt to defend his title. And it's not because he can't do it, but rather because he's stuck in an impossible quagmire.

For the sake of space, we will not go back in time to the fracas of the 51-year-old left-hander. But since his statements last winter about his views on how to operate the PGA Tour and his allegiances to the new Saudi-backed LIV Golf 'Tour', and by extension the controversial Crown Prince Mohammed ben Salmane, Mickelson retired from the world of golf.

With the counter-attacks of the big boss of this new league, Greg Norman, and the echoes of the divergent opinions among the athletes on the ecosystem of the world of professional golf, never had we observed such polarization.

A lot of money

Although many stars have revealed their unconditional support for the PGA, others are tempted to pursue the great Saudi treasure.

To change the ecosystem by making its place in it, this league literally promises chests full of gold.

In the words of PGA of America CEO Seth Waugh, the breakthrough of outside money would change the equation forever.

“The PGA Tour is owned by golfers. This means that the money collected is theirs. If money is added to it, it will create a necessity to modify the flow. The dynamic would change and I don't believe it would be beneficial to our ecosystem,” explained the boss who walks hand in hand with the USGA, the R

"I don't even know if it's a league or not, if it's called LIV Golf, PGL or another name, he added, also specifying that he had never been approached by the leaders strangers. But this structure is imperfect. »

Tiger Woods expressed his opinion quickly in this file. He endorses the current system 100%, although he would like to improve certain aspects. The superstar who has changed the face of his sport for a quarter of a century does not agree with the words of his compatriot Mickelson.

“I am committed to this circuit. I believe in legacies, major championships, big events and comparisons to historical facts. There is a lot of money in our universe, explained the one who has earned more than 1.5 billion US dollars in his career. The circuit is growing and it faces its challenges like the others. »

Beyond these differences of opinion, the "Tiger" is disappointed not to see the defending champion on the course.

" It's sad. It should be a celebration for what he achieved last year, added Rory McIlroy of the man who became the oldest golfer to win a major tournament. It was probably his last really big moment. He should be here celebrating this monumental feat. »

1 What a comeback from the Rocket! 2 The Lightning continue their momentum 3 Jeanick Fournier wins "Canada's Got Talent" 4 Deer slaughter: Me Goldwater sues the City of Longueuil 5 His life shattered by guns 6 Astros tie major league record against Red Sox 7 Oilers | Flames: “It had been intense the whole... 8 In the United States, the firearms market has exploded... 9 First war crime trial since Russian invasion opens... 10 Two ex-Occupation doubles tear each other apart in... 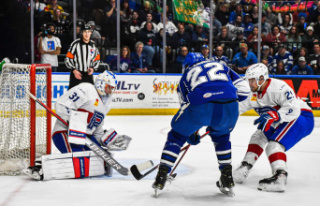