The big industry asks France to pay the gas adjustment, "just like Spanish consumers will do" 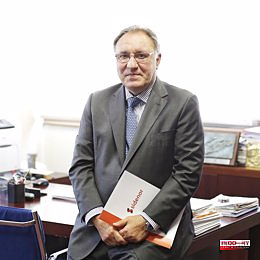 The Association of Companies with Large Energy Consumption (AEGE) has considered that France must pay the gas adjustment, "as will Spanish consumers", since if this is not the case "it would cause irreparable damage to the competitiveness of industries Spanish".

In a statement, the employers' association of large energy consumers affirms that Royal Decree Law 10/2022 generates "uncertainties that make it difficult to estimate its impact", since the demand that will pay compensation to gas for the adjustment is not known precisely. , by not knowing what volume of fixed-price supply contracts will be renewed from June and how much the demand that will finance the adjustments will increase, nor the impact on the congestion rents of the electricity interconnection with France.

Thus, it calls on the Spanish Government and the European Commission to review this section so that France is not financed and "its consumers benefit, in addition to enjoying the ARENH rate of 42 euros/MWh that Spanish industrialists do not have."

In addition, AEGE warns that, in the absence of competitive electricity supply contract offers, not linked to the price of gas, it is necessary for the Government to call auctions of inframarginal technologies (nuclear, hydraulic and renewable) "to achieve a competitive supply not polluted by the price of gas".

According to the association's calculations, if this year's thermal production is that of 2021 (combined cycles, 37.58 TWh; coal, 4.94 TWh; cogeneration, 26 TWh, total 68.52 TWh) and if cogeneration is without framework regulated remuneration of 4 TWh, a production of 46.52 TWh/year would have to be compensated, with an impact in the 12 months of some 4,100 million euros expected from the application of the measure.

1 The Government will approve next Tuesday the new aid... 2 Calviño clings to the recovery of employment to guarantee... 3 The stowage of the Port of Bilbao caresses the agreement... 4 Reshuffle: Laurent Berger calls on Elisabeth Borne... 5 They denounce that the Valencian Community needs 1,617... 6 Nine detainees in Villajoyosa from a family clan that... 7 Seized 1,500 kilos of cocaine, in a cardboard shipment,... 8 The Salamanca Provincial Council approves the provincial... 9 The weather in Valencia: temperatures by days in the... 10 Works are awarded for the improvement of more than... 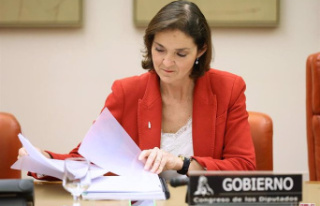 The Government will approve next Tuesday the new aid...