The best hamburger in Spain: what are its ingredients and where can you eat it

The third edition of the gastronomic contest The Champions Burger, held in Valencia during the last two weekends, already has a winner. 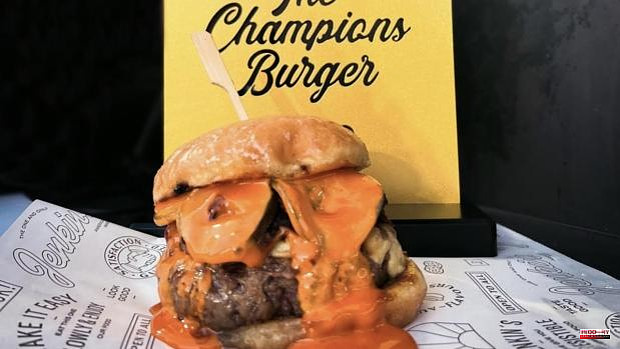 The third edition of the gastronomic contest The Champions Burger, held in Valencia during the last two weekends, already has a winner. The best hamburger in Spain is called 'Emmy-B' and can be found at the Eat Jenkins burger joint.

This was decided by the votes of the tens of thousands of people who attended the Ciudad de Valencia stadium from June 2 to 5 and from 9 to 12, where The Champions Burger contest took place, sponsored by Uber Eats and where more than Twenty national hamburger restaurants with 75 different gastronomic proposals.

A contest that repeated the success achieved in its previous editions and that had the support of the most famous hamburger 'foodie', Joe Burgerchallenge. There, different 'food trucks' gathered where you could find all kinds of recipes for this international dish.

The winner was the 'Emmy-B' from Eat Jenkins, which beat out Raff's and Hamburguesería La Muralla. The recipe is more than surprising, since the bread used is two saloons with maple glaze. For meat, it incorporates a 180-gram piece of Patty Black Angie Prime and as condiments: smoked cheddar cheese, caramelized onion, bacon bites, pickled cucumbers and Korean sauce.

This Sunday, June 12, the third edition of The Champions Burger closes, which has taken place in the stadium where Levante Unión Deportiva plays its home games. A dream setting to step on the green of a football field while tasting the best hamburgers in all of Spain.

1 Carriedo highlights the joint effort in the success... 2 They judge a man for sexually assaulting and threatening... 3 The Board offers 1,767 places in the 14 university... 4 Sebastián Villalobos, named canon 'Mozárabe... 5 Moscow: Russian-owned successor to McDonald's... 6 Ukraine's leader claims that his troops continue... 7 “I doubt that the Montelarreina barracks is a reality” 8 'Unforgettable night' with Vanesa Martín... 9 Coptic priest killed by a Coptic priest in Egypt:... 10 A movie chase to stop a thief on the roofs of several... 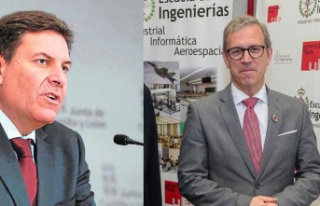 Carriedo highlights the joint effort in the success...