Ecologists in Action has awarded six black flags in the Valencian Community to beaches and other environments that stand out for their pollution and poor environmental management. 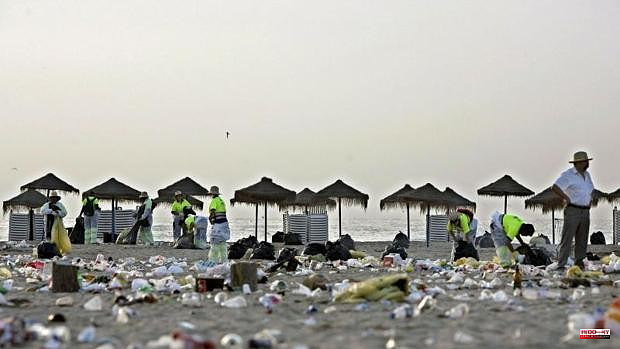 Ecologists in Action has awarded six black flags in the Valencian Community to beaches and other environments that stand out for their pollution and poor environmental management.

The environmental organization has awarded 48 black flags to Spanish coastal beaches, two to each coastal province and another two to each autonomous city and for the first time since it prepared its analysis in 2005, this 2022 a beach obtains its black flag for the pollution caused by sunscreens in sunscreen creams.

The NGO presented this Tuesday in Vigo (Pontevedra) the XVII 'Black Flags' report, which analyzes 8,000 kilometers of Spanish coasts and awards a flag for pollution and another for environmental mismanagement to each of the coastal provinces.

[These are the best beaches and coves in Valencia, Alicante and Castellón]

Thus, it has awarded five black flags for affections to biodiversity; three flags for coastal erosion; three due to accumulation of marine debris; four for dredging and port expansions without justification; four due to conditions as a result of the development of industrial areas near the coast; ten by urbanization of the coast, sometimes even invading the maritime-terrestrial public domain.

In addition, it has designated fourteen black flags for discharges, deficiencies in the sanitation systems and serious treatment problems and another four for other reasons such as aquaculture or chemical contamination.

For the first time in the report, a black flag is awarded to the impact of the sunscreens contained in sunscreen creams, which constitute an important polluting agent.

This combination means that the impact of solar filters constitutes an important danger for the protected biodiversity of this natural area. Sun creams may contain substances such as endocrine disruptors, among others, that not only affect the health of human beings but also that of seas, rivers or lakes.

The NGO denounces that the "ecological attacks" that grow in number every year, also increase the neighborhood movements of rejection that are increasingly aware of the health of terrestrial, coastal and marine ecosystems. But he adds that despite the pressure and popular mobilization of associations, NGOs and neighborhood communities, the administrations turn a "deaf ear" and act "so slowly" that the changes "are barely noticeable."

"All administrations have to become aware of these problems and act immediately to improve the health of our ecosystems, our economies and the people themselves," stressed the spokesman for the environmental organization Cristóbal López Pazo.

-Beach of the Dunes in Tavernes (Valencia).

1 Sculptor Fernando Mayoral dies at 92 2 Health confirms 26 cases of monkeypox in the Canary... 3 The Diputación finalizes the draft of the future... 4 A group of NATO leaders meets in The Hague to discuss... 5 Castellón airport activates a second route to London... 6 Arrested for stealing inside seven taxis and in a... 7 A total of 11,249 applicants will compete this Saturday... 8 Jets welcome Mekhi Becton to their mandatory minicamp... 9 Murdered in El Salvador the referee José Arnoldo... 10 'Forever Young': Tricycle wields stain stain 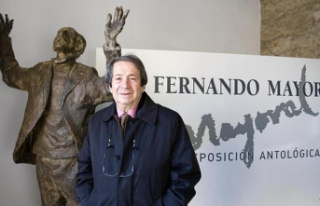