The Basque Government is involved in the Siemens Gamesa crisis

The Basque Government learned of Siemens' intentions shortly before the multinational launched the takeover bid for Siemens Gamesa this weekend. 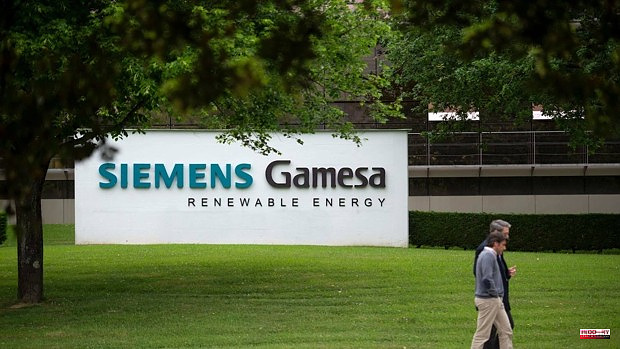 The Basque Government learned of Siemens' intentions shortly before the multinational launched the takeover bid for Siemens Gamesa this weekend. "On Saturday night there was a contact with Arantxa Tapia", Minister of Economic Development, Sustainability and Environment of the Basque Government, the spokesman for the regional Executive, Bingen Zupiria, confirmed on Tuesday. "Despite that first contact that took place on Saturday, we do not have more information about intentions and plans," she admitted.

Since then, the Ministry has not hidden its concern about the consequences that the multinational movement may have on the Basque economy. In fact, contacts are already being made to hold a meeting “at the highest level” with representatives of the company, which, except for surprise, will take place in “the next few days”.

At the meeting, the minister, who yesterday called for caution, will convey to the company's management the conviction that "Gamesa has a future" in the Basque Country." Zupiria recalled that the company's activity is closely linked to the energy transformation that is taking place, a context in which renewable energies "acquire special importance".

He also highlighted that Siemens Gamesa has been making a significant "effort" in recent months to increase the supply capacity of Basque suppliers. As he explained, the acquisition of suppliers from the autonomous community represents "approximately 30% of their contracts at the state level" something that has also been of special importance for the maintenance of employment in the Basque Country.

Of particular concern are the consequences that the business restructuring announced on Monday may have at the plant it has in the Biscayan town of Zamudio. He has assured that the objective of the Basque Government is to "guarantee jobs" and also try to maintain Gamesa's "commitment" to the autonomous community through investments in research and development.

In fact, data on the company's restructuring plans have hardly come out. Jochen Eickholt, CEO, limited himself to justifying in a press conference the takeover bid presented for Siemens Gamesa as a strategy to carry out a "total integration". He recognized that it would bring about a "simplification of the structure" of the company.

This Tuesday has revealed that this simplification will affect managers. As he explained in a meeting with financial analysts in Berlin, the intention is to reduce the management team by at least 30%. No data has emerged about who will be affected by this restructuring at the top, but it is conceivable that the wind division will be the most affected by the cuts, as it is the one with the worst economic data at the moment.

The lack of information about this restructuring is of particular concern to workers. Fernández, president of the Company Committee, regretted not having received more information than what was given to the press through the appearance of the CEO. She recalled that restructurings usually "in union language, are dismissals", and that is why they have requested a meeting with the company's management to discuss this issue.

1 Feijóo formalizes his jump to the Senate and definitively... 2 How to get tickets to the Bernabéu to see Real Madrid... 3 Schedule and where to see Nadal - Moutet 4 Garamendi now rejects the increase in pensions with... 5 Moonage Daydream: David Bowie in 50 years of unpublished... 6 García-Gallardo, to Ayuso: «He has plenty of time... 7 Mikel Landa does not waver in his dream of winning... 8 Reynés (Naturgy) joins the alliance of managers committed... 9 Giro: Czech Jan Hirt wins the 16th stage 10 Benzema talks about his Instagram posts: "It's... 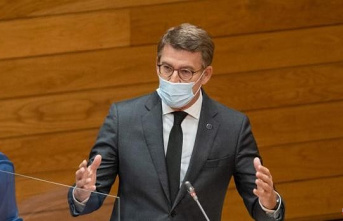 Feijóo formalizes his jump to the Senate and definitively...