After several months of silent work, the director of the Barcelona Music Museum has released the details of his artistic project, which will entail a "new conception of heritage and equipment as a center for creation and reflection on sound art" , according to Jordi Alomar himself. 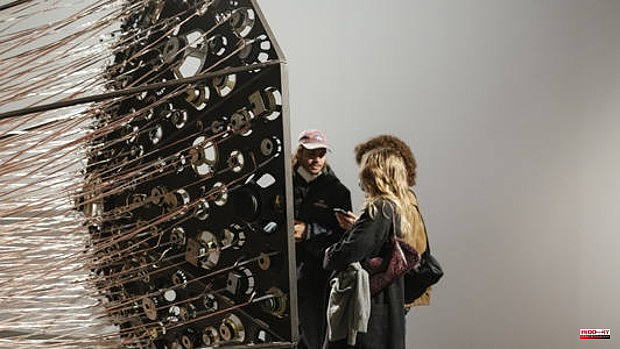 After several months of silent work, the director of the Barcelona Music Museum has released the details of his artistic project, which will entail a "new conception of heritage and equipment as a center for creation and reflection on sound art" , according to Jordi Alomar himself.

The use of this expression, 'sound art', is significant, as the concept goes beyond what comes to mind when we simply think of 'music'. During the next season, six exhibitions will offer the visitor different perspectives on our relationship with sound. The most canonical, about the father of musicology in Spain, Felipe Pedrell. The composer Sofia Gubaidulina -guest at L'Auditori next season-, the pioneers of electronic music and the evolution of sound recording technology will star in other samples.

Alomar's project involves rethinking the permanent exhibition, with seven grants from the ERDF funds of the EU. In the next two years, the audio guides will be updated, three-dimensional copies of various instruments will be made and, thanks to sampling, visitors will be able to make music with some of them and hear how they sound without putting their conservation at risk.

What has already begun is the reform of the temporary exhibition space. Until now it was similar to a train car: narrow and elongated. These weeks an architectural modification is being made that will allow two larger spaces to carry out these activities.

But the changes do not stop there. In the line of artistic research, current creators are also available to experiment with the museum's heritage in their projects. A first fruit can be seen at the Grec Festival, where Constanza Brncic, Blanca Tolsà and Alfredo Costa Monteiro will present 'Registres evanescents', a production that starts from the legacy of the experimental underground culture of Barcelona in the 80s, based on the background of the musician, poet and cultural agitator Víctor Nubla.

The goal, according to the director of L'Auditori, Robert Brufau, is for the museum to play a key role in the general activity of the cultural center, to provide it with "complexity and richness" that is comparable to the few auditoriums that have similar museums in the world, «such as the Philharmonie de Paris».

With this desire to experiment and cross borders, the Museum's line of programming approaches other facilities in the city such as the CCCB -a benchmark in matters of thought- and La Virreina -specializing in visual art- and hopes to complement them. But not to attract its public, at least for the moment, since according to Brufau "one of our challenges is to be able to take better advantage of the public that we already have in this house, which is huge, half a million people a year", and that visit the museum more often.

And among so much innovation, the Museum and the Robert Gerhard Center will maintain their most usual activities in terms of heritage research and conservation: "They are and will continue to be an inexhaustible source of knowledge," says Alomar. However, he notes that, in addition, they will be prepared to accompany academic musicology in its own evolution, since research "is always renewing itself and changing paradigms."

1 Abrines: "I came to Barça to recover my happiness... 2 Indonesia: a ferry runs aground on a submerged island... 3 Europa League: TV channel, streaming... How to follow... 4 UEFA Champions League: Date, Tickets...Final Info 5 Caribou: the Innu Council of Pessamit hardens the... 6 New texting fraud in Quebec: three people were caught... 7 QMJHL playoffs: the Océanic expects a hot start from... 8 Betclic Elite: Collet elected best coach of the season,... 9 Canada's Got Talent champion: Jeanick Fournier's... 10 These are the cheapest hours this Thursday 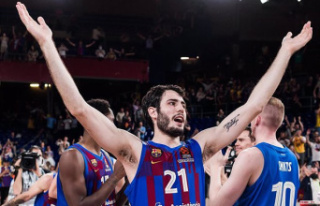 Abrines: "I came to Barça to recover my happiness...