Banking is facing better times after overcoming Covid-19 and in the face of the rise in interest rates by the European Central Bank (ECB). 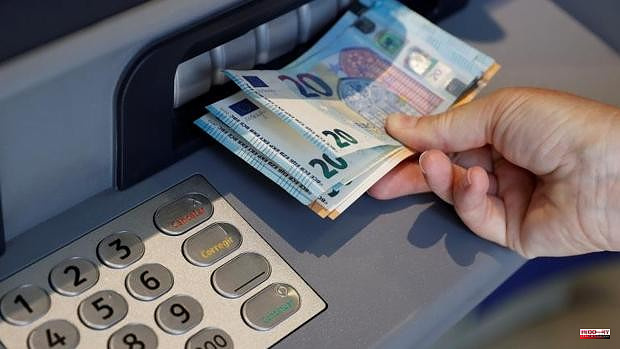 Banking is facing better times after overcoming Covid-19 and in the face of the rise in interest rates by the European Central Bank (ECB). The horizon is clear, broadly speaking, for the sector as a whole; if the economy picks up, the financial entities also reap these fruits due to the growth of the activity. And this growth in activity includes the vein of commissions, which have sustained part of the balances these years.

But not all bank fees are the same. These are a reviled term since the consumer perceives that they bleed from any movement. "It is unacceptable that the main source of income for banking is the price of services that in many cases should be considered basic for all citizens," said Manuel Pardos, president of Adicae, one of the associations of more belligerent financial consumers.

At the same time, the organization realized that the commissions of the large banks continued to increase in 2021 and charging for services that previously had a zero cost is now an increasingly widespread practice in our country. Together, Santander, Caixabank, BBVA, Sabadell and Bankinter entered a total of 21,043 million euros in 2021 through payment of charges, almost 6.5% more than in 2020. As concluded in an Adicae report, these figures They far exceed 22,000 million euros if the results of three other entities are added: Unicaja, Kutxabank and Ibercaja.

Thus, the association maintains that almost one of every three euros that the bank enters corresponds to commissions, which are equivalent to 470 euros per year per person in Spain. The complaint from consumer associations comes rather from the charges that are given for account maintenance, cash deposits, transfers... but the truth is that the vein of commissions goes far beyond the traditional. Financial sources explain that banks set account maintenance fees that are easy to avoid. How? Linking with the entity, for example, directing the payroll or making card payments, or contracting other products. Because, in short, for entities, the most valuable customer is the one that is linked, that is, the most loyal user. And it is from that consumer that they get the most economic revenue.

As an example of the importance of commissions are the latest accounts of the main banks, and what they expect in the future. Banco Santander managed to increase its income from net commissions by 10% in the first quarter of 2022 in year-on-year terms, while BBVA did so by 9.5%, all in current euros. In the case of Caixabank, the increase was 47%, although it is not representative in this case since it is distorted by the inclusion of Bankia in the balance after the absorption.

Thus, Caixabank has put figures on what it expects from the evolution of its income. It hopes to increase them at a rate of 7% between 2022 and 2024, as explained in the new strategic plan; This includes a considerable rise in insurance activity... and also a 2% increase in fee income.

Financial sources point out that in all the entities they trust to continue increasing income in this way, but that does not imply that commissions will be raised for common customers. Although it is true that the same sources acknowledge that there is still room to increase these common charges, the increase that banks expect in terms of commissions comes more from what customers linked to specific products can contribute.

For example, from Caixabank they explain that this 2% rise is not due to having in mind to raise the cost of account maintenance, for example, but to a greater dynamism in products such as investment funds or pension plans, among others. Products in which hefty management costs are charged that report a considerable return to the bank, as is the case with securities accounts that are used to buy and sell shares of listed companies.

Some banks even break down the number of linked clients they have in their accounts, as a sign of strength. Because users who do not generate any type of income are not so interested, but those who are faithful. And how does this fit in with the fact that almost all the big banks have brought free current accounts to the market? It fits well in the sense that they are users who do not generate much expense for the bank since they are 100% online accounts and, at the same time, it is about 'fishing' for these customers with other products. Whoever starts with a free account may later hire an investment fund, financial sources point out.

1 Vaison-la-Romaine. The girl is out of danger after... 2 Citizens emulate Macron's queries to activate... 3 Vox believes that the case of the padrón drives them... 4 BSR Puertollano and Caserío Ciudad Real move up in... 5 Interior has better technology than Pegasus to intercept... 6 Football / Playoffs L1-L2. ASSE: Invasion of the field,... 7 4-1: Atlético Tomelloso imitates Real Madrid and... 8 Marlaska, the new objective to beat for United We... 9 Policy. Marie BarbeyChpuis, the new mayor of Geneva... 10 Bouches-du-Rhone. Traffic crime: The gendarmes apply... 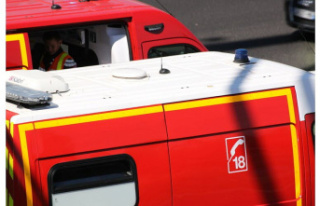 Vaison-la-Romaine. The girl is out of danger after...