The runaway inflation throughout Europe, but in particular in Spain (which reached 8. 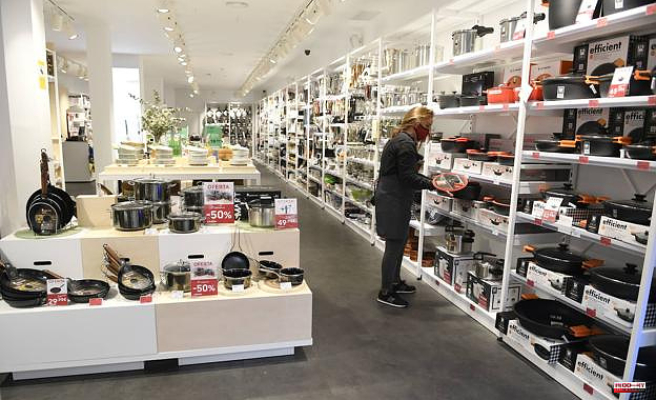 The runaway inflation throughout Europe, but in particular in Spain (which reached 8.3% in April) can lead to "second round effects" if companies begin to raise their prices and the wages of workers so that they do not lose power purchasing. For this reason, the Bank of Spain advocates in its 2021 Annual Report for an income agreement to "mitigate this risk".

And although the negotiation between employers and unions broke down a few weeks ago due to the difficulty of reaching an agreement, the organization assures that this income pact is already being tacitly fulfilled. In its report, it states that companies have transferred their cost increases “very partially” to the final prices of products since the beginning of 2021, giving rise to a “decrease in business margins”. At the same time, the agreed wage increases are "clearly below the rate of inflation", which translates into a loss of purchasing power for workers.

In this way, everyone would share the "inevitable loss of income" for the economy that implies the increase in the prices of imported raw materials, but the inflationary spiral would be avoided. The pact should avoid formulas for automatically updating salaries to past inflation. In addition, the Bank of Spain advocates a "multi-year" agreement and not only focused on 2022, which would allow the adjustments to be distributed over time.

And this distribution of the economic fall should also include pensioners, who for now will be the only group that does not lose purchasing power this year by updating their payrolls with the CPI according to the recently approved reform. But the Bank of Spain points to the need for an automatic adjustment index in the style of the repealed IRP (which meant an annual rise of 0.25% until Social Security came out of the deficit) so that there would be a greater forecast of pension spending .

Otherwise, the agency believes that "new actions on the side of income, expenses or both" will be required to deal with the increase in pensions. It considers, therefore, that the current reform is insufficient. According to a study by Fedea, the disbursement will be 1,700 million more this year when linked to the CPI, which will mean a bill for Social Security of 188,500 million euros, 14% of GDP, two points more than before the pandemic.

The agency indicates that the longer the inflationary pressure lasts, the greater the probability that the second-round effects will materialize significantly and the economic cost will be greater, since companies will not want to continue losing margins indefinitely, nor will the citizens purchasing power.

And all for not further increasing income inequality that has increased due to the pandemic, especially that of young people. For this reason, the body demands an improvement in education and active employment policies for the 'retraining' of workers. Regarding the labor reform, the Bank warns that more time is needed to assess the measure, since the reduction in temporary contracts that was registered in April could be due to a net destruction of employment.

The economic impact is already becoming evident and the Bank of Spain confirms that it will have to lower its economic growth forecasts for 2022, currently at 4.5%, due to the fact that the economy advanced less than expected in the first quarter (only one 0.1% compared to the 0.9% estimated by the Bank of Spain).

And it is that private consumption is stagnating, it is still 8% below pre-pandemic levels, compared to the 4% that GDP has left to recover the level of 2019. And it is that households have hardly used the savings bag they accumulated in 2020 due to confinement, and the savings rate remains very high, especially in high-income households. On the contrary, in the most vulnerable families, the savings rate has been drastically reduced in 2021 because it has been used to pay more for the increase in raw materials and energy.

In order to increase State collection, the Bank of Spain considers that it is “necessary” to carry out a “comprehensive review of the tax system”. Among his proposals, raise consumption taxes (VAT), which is where the largest collection gap with respect to the EU is found, of almost one percentage point according to the latest Eurostat data.

Sources from the agency explain that to make a better redistribution of wealth it is better to increase the collection in consumption, although at first it is regressive, and the most vulnerable households are "compensated" in personal income tax.

Thus, it advocates bringing products with reduced and super-reduced VAT (10% and 4%) to the normal rate (21%), an idea that the Tax Authority (Airef) has also supported on occasion.

But rising prices are having an uneven effect on society, and households in the bottom income percentile have endured more than one point more inflation than those in the top percentile. The Bank of Spain report indicates that the indirect tax reductions approved in 2021 (electricity is taxed at 10% instead of 21%) have reduced average inflation more for households with lower income.

But the effect of the bonus of 20 cents per liter of fuel approved until June 30 is the opposite: general inflation is reduced, but that supported by higher-income households is reduced more intensely, which could be considered waste of resources. From the organization they consider that this aid should be more focused to favor more vulnerable groups.

1 Spain continues to lead the rise in prices in the... 2 NATO, French diplomats, Marion Maréchal, weather... 3 Nikola Mirotic, 'MVP' of the Euroleague... 4 Luis Enrique will give this coming Monday the list... 5 "An honest man": Guerini defends LREM Jérôme... 6 Margarita del Val warns of a "complicated moment"... 7 The Ibérica Group, new owner of CD Toledo, presents... 8 Alberto Romero's exhibition on Alfonso X is extended... 9 NATO allies still do not give the go-ahead to open... 10 Millionaires wanted by Loto-Québec 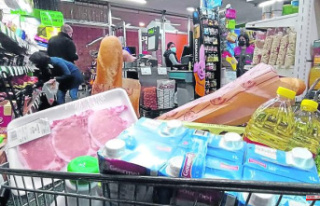 Spain continues to lead the rise in prices in the...