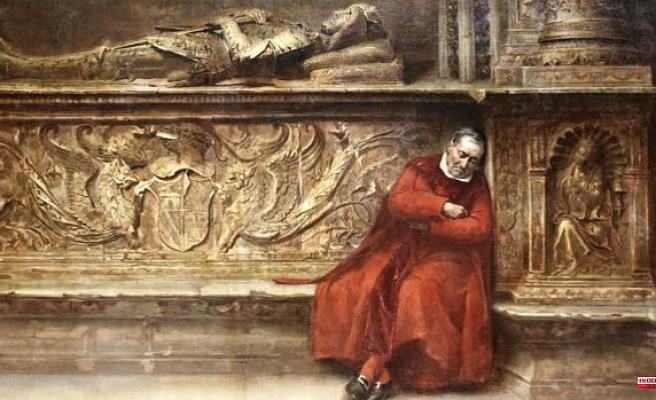 The publishing house 'El perro malo', directed by Francisco Carvajal, has just reissued the famous novel by Vicente Blasco Ibáñez, 'La Catedral', published for the first time in 1903. The work narrates the misadventures of a seminarian named Gabriel Luna who, after the end of the third Carlist war, he settles in France, where he inoculates himself with revolutionary thought. He returns to his hometown, Toledo, whose cathedral gives the novel its name, and there he begins to spread his ideas of equality among the local population, who, however, end up misunderstanding him.

Carefully edited, like other previous titles of 'The bad dog' ('Don amor returned to Toledo: 'Shadows of Bécquer in Toledo and 'Ángel Guerra'), the reissue of 'The cathedral' is a tribute to its author, deceased in 1928, and to the city of Toledo.

Vicente Blasco Ibáñez, always uncomfortable for the powerful, makes in this book one of the first and best anticlerical novels, and confronts the protagonist, Gabriel Luna, with the complex cathedral world and the building itself, which stands as another protagonist of the story. .

'The Cathedral' is a political and ideological novel in which its author, from a republican perspective and very close to anarcho-communism and anticlericalism, dissects Toledo society at the beginning of the 20th century, through the lives of the people who live in Las Claverías , office that understands the collection and distribution of the income of the Cabildo.

This edition of 'El perro malo', by professor Juan Carlos Pantoja Rivero, is the first to include a preliminary study that places the work in its time and in the context of its author's production. The book is completed with the texts of the chronicles of Blasco Ibáñez's trips to Toledo in 1897 and incorporates for the first time some of the drawings that the author commissioned from the Valencian cartoonist José Segrelles.

«This work, together with others signed by Galdós and Urabayen, is essential to discover the ecclesial universe of the last years of the 19th century and the beginning of the 20th in the city of Toledo, whose weight was so decisive in the daily evolution of the capital» , as the journalist Enrique Sánchez Lubián wrote in ABC-Toledo.

Among the chronicles of Blasco Ibáñez's trips to Toledo in 1897, the reader can find The Royal City, The Cathedral, The Cathedral Inside, Cardinal Albornoz and Don Álvaro de Luna, Santa María la Blanca and San Vicente Ferrer, Corpus of Toledo, the Mesón del Sevillano, El Alcázar and Las Obreras de la muerte.

1 Four Chinese and an American charged in New York with... 2 Formula E: a calendar set to change 3 After three decades, Gary Bettman does not think to... 4 Training trip to Australia for Alexane Fournier 5 Two years of quiet and almost anonymous life in Abu... 6 Four minors arrested for the gang rape of a twelve-year-old... 7 They warn of an "avalanche of demands" if... 8 Zarzuela announces the return to Spain of Don Juan... 9 'Real possibility' of North Korean nuclear... 10 UN chief calls on Russia to free Ukrainian grain exports 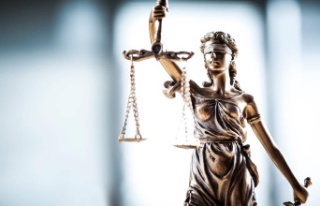 Four Chinese and an American charged in New York with...