The competition for the operation of the Las Ventas bullring has been entangled for months in a tangle of resources, missteps and changes in deadlines. 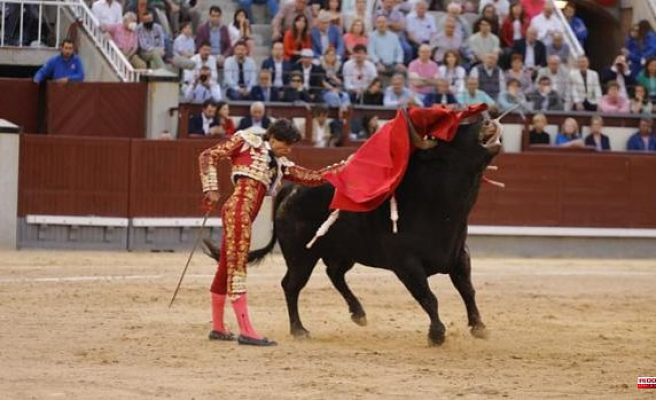 The competition for the operation of the Las Ventas bullring has been entangled for months in a tangle of resources, missteps and changes in deadlines. Right now, those responsible are going against the clock to ensure that the award takes place as close as possible to the end date of the current contest, which will be held on June 6. Two appeals were filed against the specifications, one of them rejected by the Administrative Court, and of the four companies that are presented, one has been left out of the tender for not delivering the documentation on time.

However, and given that bullfights are scheduled on Sundays in the summer, until the season closes on October 12, including emblematic festivities such as August 15 or the Autumn Fair, from the Ministry of the Presidency led by Enrique López they assure that "Administratively, we are working to secure the season regardless of when it is awarded."

The contract for the Las Ventas competition was published on February 18, 2022 in the Contracting Portal of the Community of Madrid. Then a deadline for receiving offers was established that ended on March 15. The estimated value of the contract is 38.8 million euros, and it is for four years, from June 6, 2022 "or the day after the formalization of the contract, if it is later", collects the Administrative Court of Contracting Public (TACP).

Just a few days later, on February 28, the company Gestión de Toros La Mancha S. L. filed an appeal against it. It considered that there were irregularities such as a mixture of concessions and service contracts or a miscalculation of the estimated value of the contract, among others. The appellant asked to declare null the challenged clauses and the specifications in their entirety, and to suspend the procedure as a precautionary measure.

On March 18, the TACP issued a resolution, partially upholding the appeal. The Ministry of the Presidency issued an order on March 31, 2022 changing the specifications as ordered by the court, and opened a new deadline for submitting offers: until May 3.

But the story did not end here: a second appeal was filed, on April 26, against the specifications and the contract tender announcement, by the hand of Gestión Taurolidia S. L., which again requests the precautionary suspension. In this case, the TACP's response arrives on May 6, and it is blunt: it dismisses the second appeal and imposes a fine of 3,000 euros on the appellant for "recklessness". The court understands that the special appeal filed is "extemporaneous", and also considers that it reproduces the reasons for the previous appeal, "which constitutes res judicata and cannot review it". Proposes the fine provided for in the Public Sector Contracts Law "for bad faith in the actions of the appellant", which seeks to "delay the execution of the contract in the Las Ventas square and cause clear damage to the Community and the rest of the bidders interested”.

At this point, on May 13, 2022, the Contracting Committee of the Ministry of the Presidency meets to see the documentation provided by the companies interested in the tender. Of the four submitted, three were submitted to the contracting authority, meeting all the requirements: first, Plaza Ventas 237 S.L.; in second place, the UTE Toreo Arte y Cultura BMF, S. L. and Fusión Internacional Tauromaquia S. L.; and in third place, the joint venture Simón Casas Production, SAS and Nautalia Viajes S. L..

The fourth company that presented itself, Gestión Taurolidia S. L. –the same one that made the second appeal– "has not provided the required documentation within the deadline, for which it is excluded from the tender", point out sources from the Ministry of the Presidency.

From the notification of this decision, which took place on May 16, the three companies have 25 days to present their offers. That leads to the second week of June. Afterwards, the administration must assess them, which will lengthen the term even more. One option could be the temporary extension to the current concessionaire, while the contest is resolved. In the Ministry they limit themselves to ensuring that they will work "with all the legal instruments contemplated by the Public Sector Contracts Law to ensure total continuity in the development of the scheduled festivities", so that it does not affect "neither the public sector bullfighting nor, of course, to the subscribers of the square ».

1 Rahm leaves a lot of work in Tulsa 2 The controversy over the Saudi golf revolution sneaks... 3 The Basque Country will have a "relevant"... 4 The Government allocates 15 million to launch the... 5 War crimes: Five Western countries support Ukraine's... 6 Collège François-de-Laval: a former student claims... 7 Russia denounces Ukrainian attacks in Kurks for the... 8 New asphalt to be redone on the A40 9 Camels: «It is very cool that you are valued in your... 10 Spooky! 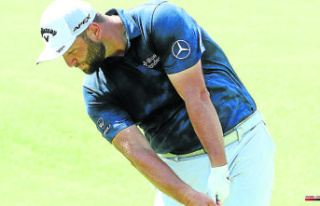