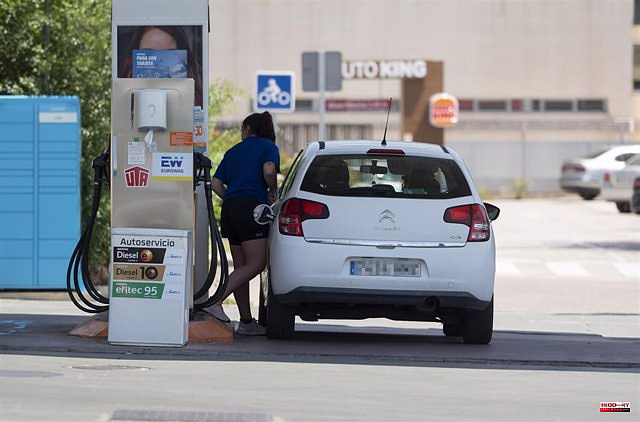 The average price of a liter of diesel in Spain, without taking into account the bonus of 20 cents in force since last April 1, has exceeded this week for the first time the average of the European Union (EU), at least, since They offer joint statistics for the block, that is, since 2005, and if the current trend continues, gasoline is expected to follow the same path.

According to data from the EU Oil Bulletin analyzed by Europa Press, the average price of a liter of diesel stood at 1,911 euros in Spain this week, compared to an average of 1,905 euros in the EU, marking, in the national case, maximum historical. Depending on how many decimals are taken, the difference does not reach a cent, but the average of Spain had never been higher than that of the EU.

Among the reasons that explain why Spain has traditionally registered lower final prices compared to surrounding countries are that, despite VAT, high taxes and levies on biodiesel, it continues to have, in general, a lower fiscal pressure than the community average.

Despite this, since the entry into force of the bonus of 20 cents per liter of fuel approved by the Government, the differences between the average price of fuel in the EU and in Spain have been reducing.

In fact, in the case of diesel, the maximum difference between the average community price and the national price was registered in the second week of last March. At that time, the gap between the two was almost 22 cents: in Spain the liter was paid at 1,581 euros, while in the EU it was 1,793.

However, since the last week of last April, the differences have been narrowing and the average price in Spain has already exceeded that of the EU, something that could continue over time if the current trend continues.

This same trend observed since the end of April in diesel has its replica in gasoline, since the difference between the average price of this fuel in the EU and in Spain has reached its lowest since 2005 this week and does not reach 3 cents euro Thus, the liter of this fuel is paid, on average, at 1,903 euros, while in Spain it is 1,878.

Along these lines, the maximum difference between the community average and the Spanish average, in the case of gasoline, took place in the third week of November 2007, when the gap between the two reached almost 22 cents.

With this week's data from the Oil Bulletin, Spain is the ninth country with the most expensive fuels among the 27 countries that make up the EU.

The third vice president of the Government and minister for the Ecological Transition, Teresa Ribera, assured this Friday that the National Commission for Markets and Competition (CNMC) is "very aware" and monitors whether gas stations are raising gasoline prices after the approval of the bonus of 20 cents per liter.

"We are experiencing moments of high volatility, both in the prices of a barrel of oil and of the different gasolines. We have to see in detail what is happening and Competition has been commissioned if there is a transfer of that benefit in favor of gas stations or there is an increase in prices. Our intention is to be very vigilant," Ribera said at the press conference after the extraordinary Council of Ministers.

1 Italy disrupts a computer attack by pro-Russian groups... 2 Local historical societies want more visibility 3 Substrate AI finalizes the acquisition of the adhesive... 4 Capital Energy foresees investments of more than 2,400... 5 Masià reigns in the chaos of Moto3 and opposes the... 6 Atlético hurries for the runner-up against a downcast... 7 Getafe and Barça fight for an insurance point 8 Of the runners, of the speeds 9 Real Madrid continues its set-up against a Cádiz... 10 Araújo does not travel to Getafe as a precaution 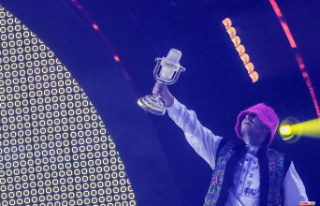