Payton Gendron, the suspect in this weekend's racist massacre in Buffalo, New York, was investigated by the Broome County Police in June of last year. 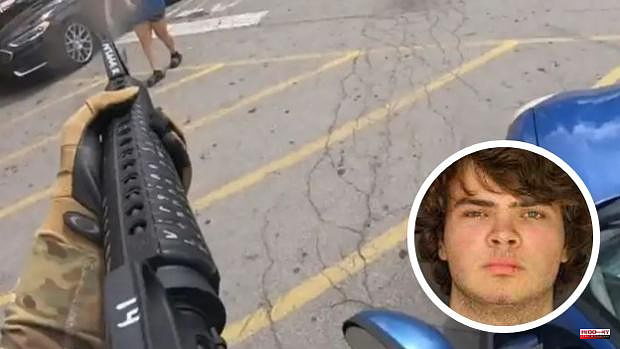 Payton Gendron, the suspect in this weekend's racist massacre in Buffalo, New York, was investigated by the Broome County Police in June of last year. One of those responsible for the institute where he studied, the Susquehanna Valley High School, warned the authorities that Gendron, then 17 years old, had threatened to shoot his classmates “during graduation or some time after”.

Gendron had already shown strange behaviors. For a week, he appeared at the institute in a radioactive material protection suit. In politics class, when he had to choose a system of government to his liking, he described a totalitarian, Hitlerian-style one.

The graduation incident did not end with any indictment.

He got a mental health checkup, went to some therapy sessions, and that was it.

The complaint did not prevent him from buying, a few months later, several large-caliber weapons legally. This Saturday he used them to attack a supermarket in a black neighborhood of the second largest city in the state of New York.

Gendron lived in Conklin, a town of five thousand inhabitants, in the state of New York, but in the antipodes of the city that gives its name to the state. It is a rural, quiet and safe environment, a few kilometers from the Pennsylvania border, with middle-class people, the vast majority of whom are white, with a 'Trumpist' vote and traditional customs, who live in single-family houses with well-kept gardens. Conventional America, which also dominates the interior of the state of New York, despite the fact that the great demographic, political and cultural weight is in the big city.

Gendron lived with his parents, Paul and Pamela, both civil engineers, and two younger brothers. The attacker had enrolled in engineering courses at the local state university. Nothing was especially outstanding about the Gendron family, although some have described Paul as a "strange" person in statements to local media such as 'Buffalo News' and Pamela with an air of superiority. But others portrayed them as "normal people" and others as "fantastic".

Be that as it may, his firstborn took the car on Saturday and drove for more than three hours to the supermarket on the outskirts of Buffalo to carry out his massacre. She had telegraphed it all in a manifesto that he posted a couple of days earlier on the Internet.

In it, he was unequivocally portrayed as a radicalized young man to the extreme, consumed by the racist ideology of white supremacy. He wrote 180 pages in which he detailed what the attack would look like and how he justified it. He assured that he radicalized himself on the internet, in forums such as 4chan, the same one that spread the QAnon conspiracy theories that have gained weight in sectors of the Republican party. It was during the pandemic. He was "bored," he wrote.

Gendron, in essence, justified his attack on the supremacist theory of «replacement»: the idea -stirred up by the American extreme right- that the growing presence of racial minorities and immigrants seeks to «racially and culturally end» the whites of European origin. Gendron spoke of "white genocide," unpacking the difference in birth rates between racial minorities and the white population and how, in the racist account of him, Democrats promote him to win elections.

This is not the case in Gendron's environment. Over 95% of Conklin's population is White. But he looked for the postal district with the largest black population. He found it in Buffalo and went for it.

In the manifesto he described in detail what he would do that day - including the cold cut sandwich he would have for breakfast - and what time he would carry out the attack. He anticipated it at 4 in the afternoon, but it was an hour earlier. He killed ten people and injured three others. Ten of the victims were black. His plan included continuing the massacre in the vicinity of the supermarket. But he turned himself in to the police at the door of the establishment.

1 A walk in the park for Canada 2 UNFP trophies: eagerly awaited, Mbappé will be the... 3 Tennis: unbeatable, Iga Swiatek wins in Rome and wins... 4 The fire of a hospital center in Arévalo forces the... 5 Success of the Toledo Book Fair with more than 32,000... 6 A TV evening in Kyiv: lights off, ESC on, air raid... 7 New record for the compensation of major American... 8 Luis Suárez, goodbye to Atlético after two seasons 9 City gives excitement to the Premier after drawing... 10 Ezkudia completes the Navarrese final in the Manomanista 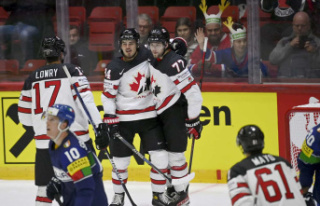