The Aurelia submarine now opens a large "window" to the bottom of sea.

A submarine is a small, metal or titanium vessel with tiny portholes. 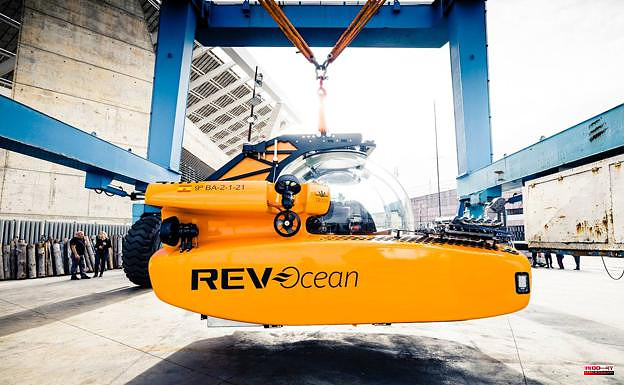 A submarine is a small, metal or titanium vessel with tiny portholes. The Aurelia is a completely different design. This futuristic submarine features a transparent acrylic plastic globe that gives you an almost 360-degree view of the exterior. It can accommodate three people and can submerge to 2,300m, which is the highest depth a vehicle in its class can reach.

Eva Ramirez (marine biologist, scientific coordinator at REV Ocean, godmother of the Aurelia submarine, presented in Barcelona last Thursday) says, "It's so transparent that it gives you the feeling of being in water." Although I haven't been in yet, during my studies I was able to get on one that reached 1,000m deep. It is an incredible experience. She adds that it is the only way to actually see deep ocean ecosystems in person, and not through a camera."

The submarine was built in Catalonia, by Triton Submarines LLC. It was commissioned by REV Ocean (a non-profit ocean exploration firm). It is self-propelled, has high-resolution cameras and a titanium robotic arm for collecting samples .

In Barcelona, the Aurelia submarine is shown in action. / Rev Ocean

Aurelia will join the REV Ocean research teams (still under construction). This ship will be available to all researchers around the world through competitions. The purpose of these studies is to provide solutions to the three scientific priorities of REV Ocean, which are climate change, overfishing and plastic pollution. Ramirez says that the seabed is one among the most mysterious areas and that there is much more to be discovered.

"We find new species of animals every time we descend to the bottom of the ocean that could have great uses in biomedicine or that play a special role in the ecosystem which is very exciting. But we also see other very sad things like a lot surgical masks because of the pandemic," says Leighton Rolley science systems manager at REV Ocean.

Ramirez says that the plan is to conduct a first research campaign in the Balearic Islands, and another in the Indian Ocean. "But nothing is certain yet." Apart from scientific missions, communication, scientific dissemination, and communication activities can also be performed onboard the Aurelia. These include documentaries in the style 'Blue Planet,' marine archeology tasks (exploration and repair of sunken ships), and search and rescue, though it is more common to use unmanned subs to avoid any risks.

Aurelia, which means "gold" or "El dorado", was selected from over 200 submissions.

1 Spanish scientists develop 'Martian gasoline,'... 2 Twitter is fined $150m for selling user data in the... 3 Javi Ruiz is in the round of 16 at the Marbella Master... 4 In tests, the world's fastest passenger jet achieves... 5 Maria Perez is seen standing on the podium at Cantones... 6 Cinemas now accepting digital ID cards 7 Top Group Express, The "Airbnb of Hotel Groups"... 8 Google investigated by Competition Watchdog for Ad... 9 After the alliance with Mutua, El Corte Ingles reduced... 10 The Andalusian campaign's first'sixth'... 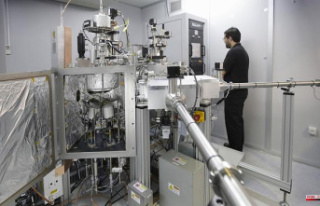