The Aragonese Center of Barcelona has ceded its historic headquarters, a monumental building located in the heart of Barcelona and valued at 10. 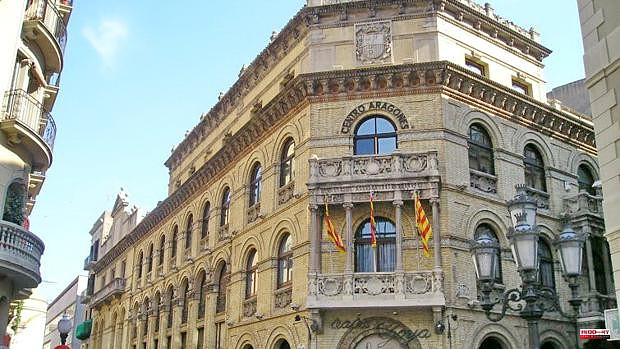 The Aragonese Center of Barcelona has ceded its historic headquarters, a monumental building located in the heart of Barcelona and valued at 10.2 million euros, free of charge to the Government of Aragon.

The transfer agreement has been forging for more than a year, according to the official documentation of the Aragonese Executive, which has been substantiated with a decree signed on June 23 by President Javier Lambán and the Minister of Finance, Carlos Perez Anadon.

With this decree, the transfer of the building offered by the Aragonese Center of Barcelona was formally accepted. This entity opted for this route on June 21 of last year, in an extraordinary assembly in which they considered that it was the best alternative to preserve the building and guarantee its future.

The building, more than a century old, was inaugurated on September 7, 1916. It was built on the ruins of the old Valldoncella convent. It was designed by the architect Miguel Ángel Navarro Pérez, who incorporated elements into his design that are reminiscent of Aragonese Renaissance architecture.

It is currently suffering from significant pathologies that make it necessary to undertake restoration works that exceed the current capacities of the Aragonese Center in Barcelona. And, so that public money from Aragon can be invested in that building, the Autonomous Administration must have it in its hands. Hence, this free assignment has been chosen.

The Aragonese Government's own decree by which it accepts to take charge of that building summarizes some of the architectural problems that must be corrected with some urgency and with a significant investment, although not yet specified. "Pathologies that require intervention have been revealed in recent years, the main ones are concentrated in wooden decks, facade elements and ceilings of spaces below deck," indicates this official document. And he continues: "The damage to the artificial stone elements that finish off the parapets and the two façade stands made it necessary to wrap them with protective mesh to prevent rubble from falling into the street."

The monumental building is located at the confluence between Torres Amat and Poniente streets. It has an area of ​​948 square meters, distributed on the ground floor with a basement and two upper floors. Its dependencies include the historic Goya Theater.

The agreed transfer will incorporate this property in the heritage list of the Autonomous Community of Aragon. As stated in the decree, this transfer will allow, in addition to facing the restoration works that the building needs, "to expand and update the meaning of the Aragonese Center in Barcelona as a place that, in addition to being a reference for the Aragonese who reside there, can to serve for the impulse and promotion of cultural, social or economic activities that, from Aragonese instances, want to present» in Barcelona.

1 What would happen if Sweden and Finland join NATO... 2 The White House draws up a list with instructions... 3 G7 agrees to sanction Russia by blocking its defense... 4 What does it mean that Russia has entered into suspension... 5 BBVA's new notice to its customers for June 30 6 From leader of the ultras to president of Hertha 7 The 23 from Spain for the European Championship: Salma... 8 The PSOE hangs the LGTBI flag from the windows of... 9 Toledo City Council displays the rainbow flag to express... 10 Runners will have a discount to travel with Renfe... 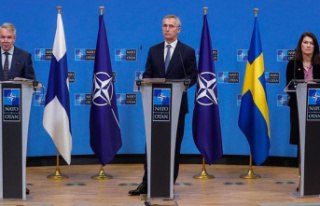 What would happen if Sweden and Finland join NATO...