The anti-monarchist protest in Sanxenxo fails: fifty attendees and the majority are BNG militants

The only demonstration called against the presence of Don Juan Carlos has failed. 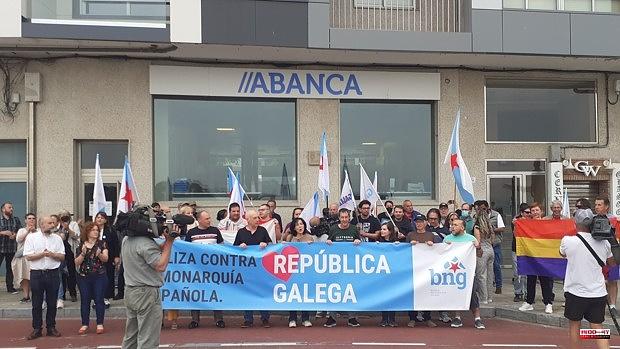 The only demonstration called against the presence of Don Juan Carlos has failed. The BNG, with its spokesman in Congress, Néstor Rego, at the helm, has only managed to gather just over 50 attendees this Saturday, in a protest a few meters from the Sanxenjo Yacht Club (Pontevedra), which hosts the regattas at that this weekend the King's father has come on his first trip to Spain in 22 months. The majority of those who have attended the anti-monarchist event were, in addition, militants of the BNG and Galicia Nova, its youth formation.

Behind a banner with the motto 'Galician Republic. Galiza against the Spanish Monarchy', and waving various 'estreleiras' -Galician independence flags- and a couple of them republican, those attending the rally shouted proclamations such as 'Galicia has no king', 'the monarchy is crap' and ' Bourbon is a thief'. The march has been held without incident - three local policemen followed it from a distance nonchalantly -, beyond some protesting cry of 'Long live the King' from some supporters of Don Juan Carlos, who passed by, on the seafront.

In an attention to the media, during the protest, which he has called "symbolic", and in which he has been accompanied by the BNG deputy in the Galician Parliament Montse Prado, Rego has said that Don Juan Carlos "is not welcome" because it represents values ​​such as "institutionalized corruption." The nationalists consider that the -temporary- return of Don Juan Carlos "is not edifying", and they reaffirm their commitment to a "Galician republic".

1 Xavi: "We haven't had a good season but... 2 Feijóo says that the Madrid PP is today "more... 3 The Turkish government party will continue to oppose... 4 The post-election transition begins in Lebanon with... 5 The Guinean military junta authorizes former President... 6 Marcelino anticipates that next week he will announce... 7 Barcelona - Lyon: time, TV channel... How to follow... 8 Feijóo asks Ayuso and the PP to focus on the economy... 9 'Caminos del Queso', a journey through the... 10 Streets closed in Valencia and traffic restrictions... 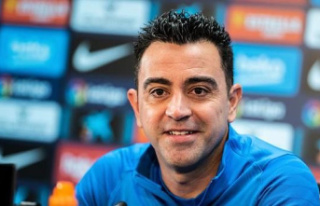