The ANC charges against the Winter Olympics: "The elements of Spanishization will be very powerful"

The president of the Catalan National Assembly (ANC), Elisenda Paluzie, has criticized the eventual holding of the 2030 Winter Olympics in the Pyrenees, because "the Spanish elements will be very powerful". 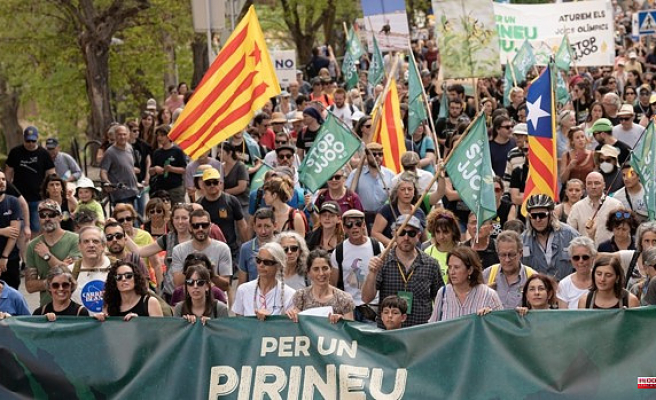 The president of the Catalan National Assembly (ANC), Elisenda Paluzie, has criticized the eventual holding of the 2030 Winter Olympics in the Pyrenees, because "the Spanish elements will be very powerful".

In statements to the media this Sunday during the demonstration of the Stop JJOO platform in Puigcerdà (Girona), he stated that the celebration would entail Spanishization because those in charge of organizing the Games are the Olympic committees of the countries, in this case Spain.

Paluzie has also highlighted that the JJ.OO. it is part of "the stability pact that is being closed, back to autonomy and to a false and absolute normality".

Between 2,000 and 2,500 people, according to figures from the Local Police of Puigcerdà (Girona), have demonstrated this Sunday in the municipality to protest against the candidacy of the 2030 Winter Olympics, a figure that amounts to more than 5,000 according to the platform Stop Olympics, organizer.

In statements to the media, the spokesman for 'Stop JJOO' Bernat Lavaquiol has urged the Government to seek alternatives to the Games for the Pyrenees, and has questioned whether the Generalitat will abide by the result of the polls "when a 'no' comes out".

He has also encouraged citizens to continue organizing against the Games: "We cannot stay here now that we have begun to rise up."

And the spokeswoman Helena Guillén has criticized not having an environmental impact report, budgets, or "a project for the Pyrenees and its people", and has lamented that the Government is only investing in propaganda in favor of the candidacy, in his words.

He stressed that a change to a "sustainable model capable of improving living conditions" is necessary to guarantee a decent future for the Pyrenees, and he said that the Government should invest in sectors that have a future beyond 2030, that allow in the face of the climate emergency.

1 Jean-Luc Mélenchon and the Insoumis defend their... 2 Mélenchon offers the minimum wage at 1500 euros and... 3 Legislative: Jean-Michel Blanquer tries to justify... 4 Legislative: Dubost, Peyrat, Elimas... the majority... 5 A woman in Matignon? Edith Cresson wishes him "a... 6 The Italian Parliament investigates Russian interference... 7 Legislative: after his conviction, the ex-LREM deputy... 8 The resignation of Jean Castex announced by mistake... 9 Macron in the United Arab Emirates on Sunday, Castex... 10 Oilers dispel doubts 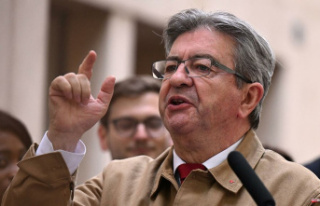 Jean-Luc Mélenchon and the Insoumis defend their...