The head of Homicide of the Civil Guard of Valencia has narrated before the popular jury that judges Jorge Ignacio Palma for the deaths of Marta Calvo, Arliene Ramos and Lady Marcela, how he turned himself in after the alleged crime with a letter detailing what what had happened. 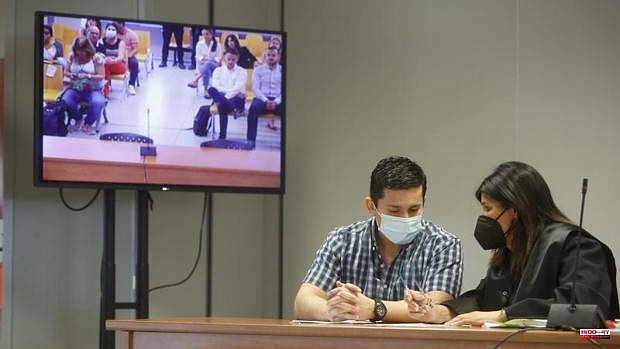 The head of Homicide of the Civil Guard of Valencia has narrated before the popular jury that judges Jorge Ignacio Palma for the deaths of Marta Calvo, Arliene Ramos and Lady Marcela, how he turned himself in after the alleged crime with a letter detailing what what had happened. In it, he explained to the agents that “everything had been an accident and that, after finding her body, he got scared and dismembered her.

A version that, according to the agent, "does not hold up", since "these behaviors only occur when there is a homicidal background behind". This is how this witness has pronounced himself in the trial against Jorge Ignacio P.J., the alleged murderer of Marta Calvo and two other women, and of trying it with eight other women in the period of fifteen months, from the summer of 2018 to the 7th of November 2019.

[Marta Calvo's mother declares before the eyes of her daughter's quarterer: "I'm only alive to do justice"]

During his testimony, the Civil Guard Homicide Lieutenant revealed that the defendant made three calls to prostitutes in a two-hour interval the morning after the night Marta Calvo allegedly died at her home and a fourth three days later after taking his mother to the airport.

Likewise, it has stated that after learning of the disappearance of the young woman, they opened an investigation that led them to Manuel's home, an address that the accused's mother had rented and whose location, the victim had sent on the night of November 6, 2019 to his mother.

In a first search, the agents saw that Manuel's house was "totally clean and tidy." After obtaining the defendant's call traffic, they realized that he, through two of his mobile phones, had been having conversations with Marta Calvo on the night of November 6 and both coincided together in Valencia and, later, in Manuel.

It has indicated that Marta Calvo's mobile phone was turned off at 00:03 hours on November 7, although they do not know if it was forced or voluntary. The victim had previously sent her location to her mother.

The agents took statements from the mother of the victim and the accused. The latter told them that she had two rented houses in her name, one in Manuel and the other in Ollería, and that her son had a car and two telephone numbers.

He explained that on the weekend of November 8 to 10, 2019, he flew from Palma to Valencia to be with his son for his birthday and that they were in Ollería and also went to pay the rent for Manuel's house.

From that moment and after the case of Marta Calvo came to the media, new victims appeared who recounted similar episodes with Jorge Ignacio, who they knew was dedicated to drug trafficking due to his background.

[The sexual perversions with cocaine of the alleged murderer of Marta Calvo: «He is a monster that has ruined my life»]

After that, the accused's mother returned to appear before the Civil Guard on December 2 voluntarily and handed over her son's clothes and an Ipad. At that time, the agents told her that “if she hadn't done anything, she had to show her face. If not, they would hardly believe him. Just two days later, Jorge Ignacio turned himself in. "For this reason I am convinced that mother and son were in telephone contact while the accused was on the run," he asserted.

In that appearance at the barracks, the accused, as the witness has described, carried a handwritten letter dated November 13, the day he fled, and recounted what happened to Marta Calvo. He claimed that it was an accident and that he had disposed of her body in various containers.

He told them that "he was not guilty of anything" and that he had attempted suicide. He commented that during the days in which he had not been located he had been living in abandoned houses without washing or being able to eat anything other than fruit from the trees, something that caught the agents' attention because the accused "was clean, neat, shaved and it didn't smell bad," he described.

«In his story -he has broken down- he tells that he hired the services of Marta and that they went to Manuel. They drank alcohol and used cocaine. Then they had sex and she started to feel bad, so she took a shower and they went to bed. Upon awakening from her, she was found dead ».

He then told the agents that he was "horrified" and that he thought of dismembering the body to get rid of it. To do this, he bought saws, a plunger and a bottle of detergent and ammonia.

“He told us how he dismembered the corpse. She detailed that she dissected it into nine parts and then scattered it into containers. But an inspection was made and nothing conclusive was ever found. Nothing ever showed up. We shuffled that he got rid of the body before his mother arrived, on the 8th », she said. Asked if he gave them any explanation as to why he didn't call 112, he replied that because he "got scared".

1 Fifty dead after a fire caused during a riot in a... 2 The six decisions that will come out of the NATO summit 3 How to calculate if I have been paid well the extra... 4 XV Edition of the Vela Clàssica de Barcelona with... 5 Fernando and Carlos Flethes, great favorites among... 6 Iceta reiterates that it will not authorize the transfer... 7 The Castelao medals distinguish five personalities... 8 Diary of Santo Tomé (10): The rebellious altar boy 9 'Tartufo' arrives in Barcelona to put "his... 10 Alicante Pride 2022: a week of celebration from July... 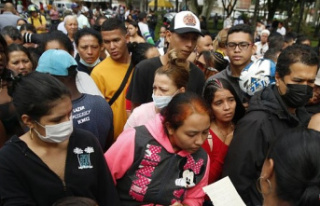 Fifty dead after a fire caused during a riot in a...