The Casino de la Agricultura and the Fundación el Secreto de la Filantropía have inaugurated, with the exhibition «Feminine Identities» in the Luis Trigo collection, a new exhibition space that will contribute to boosting Valencian cultural activity. 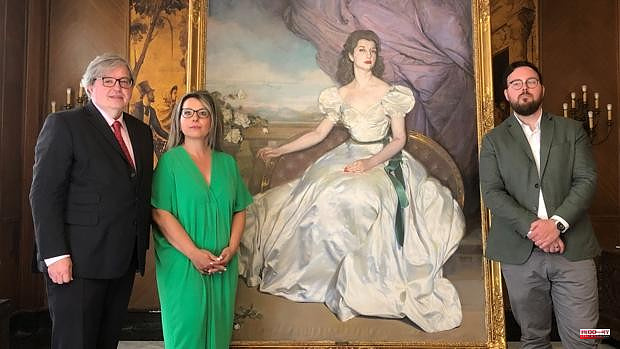 The Casino de la Agricultura and the Fundación el Secreto de la Filantropía have inaugurated, with the exhibition «Feminine Identities» in the Luis Trigo collection, a new exhibition space that will contribute to boosting Valencian cultural activity. This initiative responds to the collaboration agreement signed between both entities and by which the foundation will devise, develop and launch projects of cultural interest that pay special attention to art, literature, thought and solidarity. In this way, the Secret of Philanthropy will have a room in one of the nerve centers of social and cultural life in Valencia to exhibit and share the works and work of this national foundation, but with great local roots.

The exhibition Female Identities in the Luis Trigo Collection, curated by the art historian, Ana Arribas, and by the collector and president of the foundation, Luis Trigo, is a sample of female portraits made by artists of the relevance of Ignacio Zuloaga, Julio Romero de Torres, Isidro Nonell, Hermenegildo Anglada Camarasa, Vicente López Portaña, Raimundo de Madrazo, Ramón Casas, Daniel Vázquez Díaz and Rafael Tegeo, among others. Of the thirty-two works that the exhibition brings together, only the portrait of The Countess of Albox, painted by Joaquín Sorolla, is not part of the Luis Trigo collection, but has been loaned by the Ibáñez Museum in Olula del Río (Almería ).

As for its theme, the long period of time that it covers, the second half of the 19th century and the first half of the 20th, allows us to appreciate a significant change in mentality regarding the role of women, this evolution constituting one of the points of exhibition interest. With free admission, the exhibition, which will remain open until October 15, will be accompanied by talks and book presentations that will complement it and help complete its speech.

Feminine Identities in the Luis Trigo Collection thus becomes the first of the exhibitions of a solid cultural program that will be developed by the Secret of Philanthropy and whose exhibition line will be directed towards the art of the 19th century and the figurative currents of the 20th century, with special emphasis on Valencian artists. With this, the aim is to establish a dialogue between the institution that houses the project and its long history, highlighting the importance of Valencia as a cradle of creators and of transcendent artistic contribution.

For Yuri Aguilar, member of the Board of Directors of the Valencian Royal Society of Agriculture and Sports, it is important to highlight that «since 1859, the Agriculture Casino of Valencia has contributed to the cultural agenda of the city. With the agreement signed with El Secreto de la Filantropía, we renew that cultural spirit by offering more activities to members while our headquarters remain open to the city. Never in its years of existence has the Casino had such a wide and high-quality cultural offer: being a member today is a necessity».

In the words of Luis Trigo, president of the foundation and owner of the collection, “through this exhibition we want to call for reflection on the social meaning of private collecting. We start from the conviction that everything possible must be done so that the assets of our historical heritage, in private hands, are known by the general public, since directing the collections in this direction supposes vivifying them and endowing them with a didactic value that everyone can enrich.

With this new space, the Agricultural Casino, a historical institution with deep roots in the social and cultural life of Valencia, is committed to getting closer to the public by expanding its offer with high-quality content, while responding to the social function which is attended by the ideology of the Fundación el Secreto de la Filantropía.

The Royal Valencian Society of Agriculture and Sports, better known as the Agriculture Casino, has just celebrated its CLXIII Anniversary. Located in an emblematic building in the center of the city, it has been and will be a meeting point for the Valencian socio-economic and cultural world. Linked at birth to the Royal Economic Society of Friends of the Country, it continues with numerous cultural activities in addition to having social correspondence with 60 clubs in Spain and 40 abroad. This means that, if you are a member of the Agriculture Casino of Valencia, you are also a member of prestigious clubs throughout Spain and in more than 40 countries. It has private partners and companies that find a meeting point at the headquarters on Comedias street, as well as meeting rooms, conferences and different services.

The opening ceremony is sponsored by the financial entity WELZIA, dedicated to wealth advice, which has offices in Madrid, Bilbao and Valencia. The collaboration of companies, which link their brand and their project, with the activities that are going to be developed in this framework, with a clear cultural and social focus, will constitute an invaluable support for its good progress.

1 Vázquez is confident that the average delay for an... 2 San Martin de Valvení (Valladolid) offers canoeing... 3 Primavera Sound 2022: This is the special public transport... 4 Youth Rental Voucher in Valencia: when can it be requested... 5 Delgado once again elects the candidate who knocked... 6 Rebound in arrivals on the Canarian Route: 217 migrants... 7 The German Government calls on the population to stockpile... 8 Consumption announces that Spain will have "a... 9 Justice maintains the date of some oppositions that... 10 Sánchez will extend "beyond June 30" the... 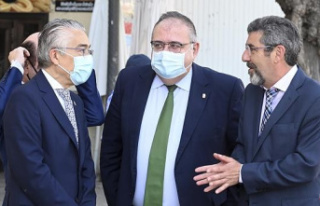 Vázquez is confident that the average delay for an...