The Spanish Football Federation (FEF) denied this Tuesday, "with total emphatic", that Luis Rubiales commissioned a detective agency to spy on the president of the Association of Spanish Footballers (AFE), David Aganzo. 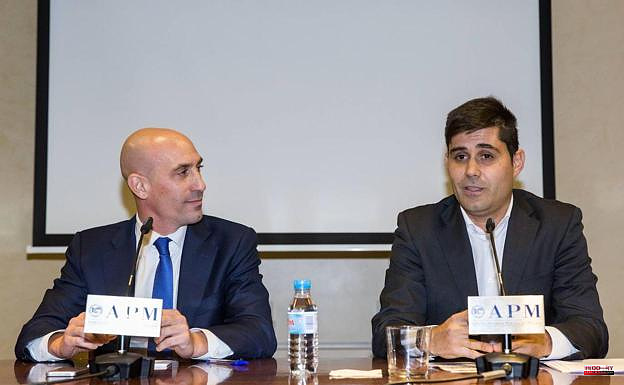 The Spanish Football Federation (FEF) denied this Tuesday, "with total emphatic", that Luis Rubiales commissioned a detective agency to spy on the president of the Association of Spanish Footballers (AFE), David Aganzo. However, the players' union announced that it will request the Higher Sports Council (CSD) to open an investigation to determine if the president of the FEF has committed a "serious or very serious" infraction of the Sports Law that could lead to the dismissal or temporary disqualification from office. The AFE and its president will also adopt legal measures against Rubiales, in addition to transferring "their concern and rejection to UEFA, FIFA and FIFPro (international soccer players union), understanding that there could be some criminal or disciplinary responsibility appealing to their respective codes of conduct ».

"We believe that episodes like this should be disapproved and the people who star in them should be outside the field of sport," estimates the AFE, according to which the president of the FEF is carrying out "an intolerable persecution of the highest representative of the collective of footballers of our country and a union in which their independence must always prevail.

"At AFE we understand that an institution that acts by public delegation and that, therefore, has a projection of the public powers, which must intervene to safeguard the good name of football and of an institution of the importance of the FEF", claims the soccer players' union through a public statement after 'El Confidencial' has published that Rubiales hired some detectives to spy on Aganzo. Supposedly, it would be a maneuver by the FEF's chief executive to provoke Aganzo's departure through a motion of censure by union members.

"AFE understands that with this type of maneuver, more similar to practices of dubious legality, it is intended to coerce and intimidate its role, which in this case it plays in the field of football and in the defense of its affiliates," adds the union. of players. "In this case there is no legitimate interest in hiring the services of a detective company with the intention of investigating its president and there is a spurious interest in damaging his image, his reputation and that of the union he represents," laments the AFE . The union chaired by Aganzo recalls that the FEF has already leaked some recorded audio without permission, for which the Spanish Data Protection Agency fined the federative body 200,000 euros. "An investigation with private detectives commissioned from the FEF with the clear intention of intervening in the normal development of the daily life of the union is unjustifiable," adds the AFE.

The FEF, however, defends that the same media outlet that revealed the controversial audios between Luis Rubiales and Gerard Piqué about the Spanish Super Cup "has once again built an intentionally false story linking the president to facts with which it has nothing to do" . «'El Confidencial' once again demonstrates that its only objective is to continue feeding on stolen and reported information to expand its campaign of personal harassment against the president of the FEF and his team. We regret from the FEF that once again 'El Confidencial' publishes false news and without contrast with the sole purpose of damaging the president and his team, "writes the federative body, which recalls that Rubiales was president of the AFE between 2010 and 2017 , affiliated for more than two decades, "and as such discussed the disturbing situation of the union with other soccer players and former soccer players."

The behavior of David Aganzo ended up confirming the existing concern among a large group of affiliates with the accusation of the current president for bribing a public official with the aim of illegally obtaining confidential documentation from the Futbolistas On union, an issue that is in the hands of the justice”, recalls the FEF.

«Luis Rubiales has been, is and will be an active member of AFE. When he learned of the possible bribery denounced by former AFE employee Antonio Saiz and fired for doing so, he collaborated with those who were also outraged by this possible practice. Members of the AFE board and other prominent militants contacted Rubiales, who offered to help and collaborate in the search for the truth to emerge in order to promote a change of course and direction in the organization, always within the framework of his union affiliation and protected by law and never with acts such as those that 'El Confidencial' intends to attribute to the president of the FEF today, ”insists the Spanish Football Federation.

1 A first step taken for Rebecca Marino 2 The Lightning in a very unusual position 3 Rajon Rondo at center of domestic abuse allegations 4 Lionel Messi would come to MLS in 2023 5 Over $10 billion for the Cowboys? 6 A choice that Phillip Danault does not regret 7 Sweden and Finland will present their applications... 8 Paid over $210,000 to work at Walmart 9 Castilla y León will register this weekend a historical... 10 Massive demonstration against the Government in Alicante... 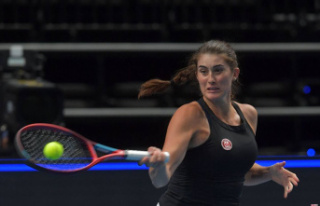