Kuleba assures that "if there is a possibility of liberating the occupied territories", they will sit at the negotiating table with the Russians. 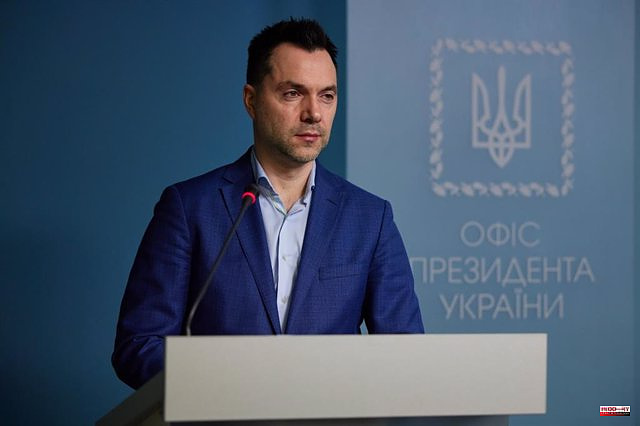 Kuleba assures that "if there is a possibility of liberating the occupied territories", they will sit at the negotiating table with the Russians

The adviser to the Ukrainian Presidency, Oleksei Arestovich, has indicated that kyiv will not compromise with Moscow or give up part of its territory to put an end to the war in Ukraine within the framework of future negotiations with Russia.

"The only option for reconciliation is Russian capitulation, troop withdrawal and talk of compensation. This is the principled position of the Ukrainian state leadership," Arestovich said in an interview with the Ukrainian channel Channel 24.

Thus, he specified that "the dreamers in Europe have time to imagine how ambiguous everything is." "None of this will happen except the military defeat of Russia and the expulsion of all enemy soldiers from Ukraine," she added.

Arestovich has indicated in the interview that "a certain game is taking place between Russia, France and Germany at the tripartite level", and has described the situation as "strange". "There will be no option where we allow the Russians to stay here. Individual countries can try to negotiate, but (from Ukraine) we see what processes are happening in Europe," he said.

Along the same lines, the Ukrainian Foreign Minister, Dimitro Kuleba, stated in an interview with the Dutch newspaper NRC that the only victory for Ukraine will be the "liberation of the occupied territories, including Crimea and the Donbas region."

Kuleba has also specified that the demands of the Ukrainian side include "reparations" by Russia with respect to Russian war crimes and crimes against humanity, as well as full European integration.

Asked about the negotiations, the Ukrainian minister pointed out, however, that "many emotions about Russian crimes" should be "repressed", but that "if there is a chance to end the war and liberate the occupied territories", they will sit down the negotiating table with the Russians.

"Every war ends with diplomacy. My job is to make sure that Ukraine is as strong as possible at that time," Kuleba said, adding that "politicians in Europe and the United States have been too accommodating to Russian President Vladimir Putin. ".

1 German Foreign Minister says Russia uses hunger as... 2 At least fifteen "assailants" killed in... 3 An American and four Chinese accused in New York of... 4 North Korea reports one death and more than 260,000... 5 One dead and injured in attack in Russia near Ukrainian... 6 SMIC 2022: Mélenchon promises 1,500 euros, what impact... 7 Food voucher: amount, payment.. What it should contain 8 Mileage scale 2022: 150 euros gain on average! For... 9 North Korea has completed preparations for nuclear... 10 War in Ukraine: the United States reopens its embassy... 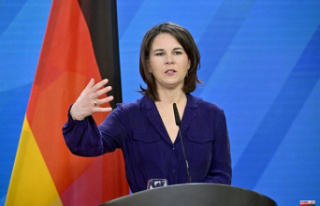