The actor Luis Lorenzo and his wife, arrested for the death of an aunt to keep the inheritance

The actor Luis Lorenzo and his wife, Arancha, have been arrested and are in the dungeons of the Court of First Instance and Instruction waiting for the owner of number 9 to take their statement. 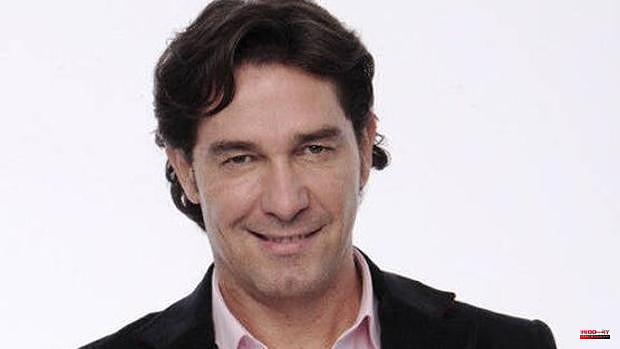 The actor Luis Lorenzo and his wife, Arancha, have been arrested and are in the dungeons of the Court of First Instance and Instruction waiting for the owner of number 9 to take their statement. The summary secret has been decreed.

The actor and his wife were arrested on Wednesday, according to El Confidencial, accused by the Civil Guard of perpetrating the death of Isabel, an elderly aunt of Arancha, Luis Lorenzo's wife, to keep her property and inheritance, supposedly. The woman was 85 years old and police sources indicate that she would have been poisoned with cadmium and manganese, among others.

The story begins in Asturias, the victim's place of residence. He used to spend a few seasons at the home of his and Luis Lorenzo's niece, in Rivas-Vaciamadrid. Apparently, according to what has emerged from the subsequent investigation, in an undetermined period of time, 30,000 euros of the lady's money 'disappeared', just at the time she spent in Rivas. Other sources suggest that her assets in the current account were around 60,000 euros, although they would not have spent all of it.

In March 2021, Isabel went to Asturias with her nephews. But a brother of the victim, who also resides in Asturias, appeared at the Civil Guard barracks to file a complaint for disappearance; They didn't answer his cell phone when he called the couple to inquire about Isabel. The agents, aware by this relative that she was in Madrid, passed the case to the Judicial Police of the Tres Cantos Command, explains the aforementioned newspaper and this has been confirmed by ABC.

The Civil Guard showed up at Luis Lorenzo's home, but refused to let them enter without a court order, while claiming that his aunt-in-law was fine and had not disappeared.

The truth is that he suffered from senile dementia and that before his death he changed his will, so that some land and a house he had in Asturias would go to his niece.

In June 2021, Isabel died, according to the health center doctor, naturally and due to her dementia. She was transferred to Asturias, where she was buried.

But his brother was not satisfied and, while still in the same funeral home, he requested that an autopsy be done. And it was there that it was discovered that he had large doses of heavy metals in his body and it was decided to arrest Luis Lorenzo and Arancha, his wife.

Toxicological tests revealed that the substances had not yet reached the hair or vital organs, which would mean that the poisoning had occurred shortly before the old woman's death.

In addition, they are being investigated for alleged psychological abuse. The neighbors have commented that the shouts against the old woman were quite frequent and that she was unattended. Sources in the case point to a lack of hygiene and that this could have accelerated Isabel's deterioration.

1 Xinjiang: re-education and repression camps as a backdrop... 2 Summoned to testify four senior officials of the Generalitat... 3 The rise in prices and the lack of product drowns... 4 Consum and Endesa sign a renewable energy supply agreement... 5 Physics in Toledo, Psychology in Albacete and Mathematics... 6 Confirm the first four cases of monkeypox in Catalonia 7 The Patient Advocate accuses Gallardo of being "mentally... 8 The Supreme Court cites Alberto Casero as investigated... 9 Three minors arrested for stabbing another after a... 10 Arrested for trying to rob a man when he was withdrawing... 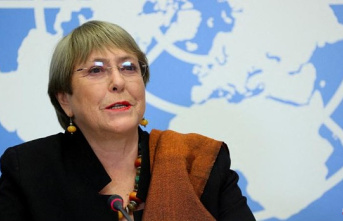 Xinjiang: re-education and repression camps as a backdrop...