The absence of wind prevents Don Juan Carlos from sailing

At half past ten in the morning Don Juan Carlos left the house of his friend Pedro Campos to go to the Real Club Náutico de Sangenjo to enjoy the second day of regattas of the InterRías competition. 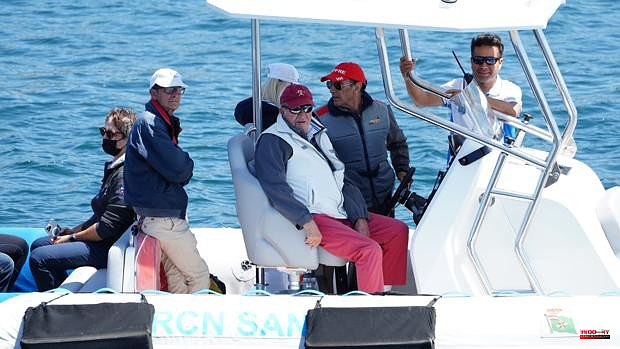 At half past ten in the morning Don Juan Carlos left the house of his friend Pedro Campos to go to the Real Club Náutico de Sangenjo to enjoy the second day of regattas of the InterRías competition. "All very well. Thank you very much for what you are doing, "said Felipe VI's father.

Don Juan Carlos arrived at the dock where the Bribón500 is located, the twelve meter long sailboat that competes in the 6 meter category. He has come to board, but a honk and a red and white striped flag warned that the regatta is postponed due to lack of wind.

If on Friday he was unable to captain the Bribón500 because there was too much wind (between 14 and 22 knots) and he had to enjoy the regatta in a motorboat, this Saturday for the time being he has not gone out to sea with his crew due to lack of wind, since that in Sanxenxo right now there are 2 knots.

Pedro de Borbón-Dos Sicilias, Carlos Espinosa de los Monteros and José María Juncadella, the friends of Don Juan Carlos who these days have come to Sanxenxo to see him and be with him, came to the pier this morning.

1 Olivier Véran leaves the Ministry of Health "proud... 2 Storm in Germany: one dead and nearly 60 injured 3 The Norwegian activist who fights in Ukraine in an... 4 DIRECT. Kylian Mbappé: PSG or Real? Announcement... 5 A court prohibits the sale of Ford cars in Germany 6 Spain warns Strasbourg that the 'Atristain doctrine'... 7 Feijóo gives Ayuso homework and asks him to focus... 8 A worker from the García Baquero company in Alcázar... 9 Garzón defends that the parties should not mark "the... 10 The PP refuses to review the inviolability of the... 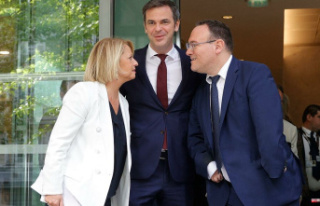