The 55th Valladolid Book Fair kicks off, "the great festival of literature"

The Councilor for Culture and Tourism of the Valladolid City Council, Ana Redondo, today inaugurated the 55th Valladolid Book Fair in the Plaza Mayor, an event that she has described as "the great festival of literature" in the city, which until Next June 12, it will bring together authors such as John Banville, Muñoz Molina, Darío Villanueva or Brenda Navarro, among many others, on the banks of the Pisuerga. 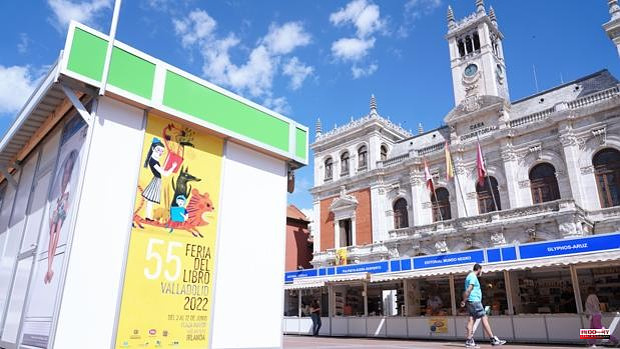 The Councilor for Culture and Tourism of the Valladolid City Council, Ana Redondo, today inaugurated the 55th Valladolid Book Fair in the Plaza Mayor, an event that she has described as "the great festival of literature" in the city, which until Next June 12, it will bring together authors such as John Banville, Muñoz Molina, Darío Villanueva or Brenda Navarro, among many others, on the banks of the Pisuerga.

In statements collected by Ical, Redondo has stressed that the Consistory has "many illusions" placed on this event, with which a double objective is set: revitalize the publishing sector and spread culture among citizens. «With the Book Fair, the sector has to relaunch itself. We come from a relatively good time, because the pandemic has increased the number of readers and there is a greater interest in reading, but that must be maintained over time », he encouraged.

In addition, he pointed out that the organizers have designed an "extensive program", where "the main writers who have been able to publish their novelties throughout the year will be at the fair." The councilor also recalled that Ireland is this year's guest country at the contest, and that the winner of the Booker Prize, John Banville, together with Mary O'Donnell and another series of Irish writers, will break down the current situation of Irish literature. "The program is very varied, tonight we start with the proclamation by Juan Tallón, and from then on ten intense days await us", she stated, confident that "the weather will be with us" in the coming days so that the Fair will be "a success".

For his part, the vice president of the Booksellers Guild, Marco Antonio Blanco, wanted to “thank the people of Valladolid”, since “after two years of a pandemic that seemed to be catastrophic, they have never failed us.” "They have been two extraordinary years for booksellers and this has to be even better," he assured, in addition to pointing out that they face the event "with great enthusiasm" and "with extraordinary editorial novelties", among which he cited the latest works by Santiago Posteguillo or Camilla Läckberg.

«We thought a few years ago that with the digital irruption paper would end, but it has not been like that, but it has gone further. We hope that this year, at least, will be as good as the last", he wished, regretting that the Valladolid booksellers who have requested this year to have a double booth have not seen their request met, while national publishers do have own space at the Fair.

In the center a large pavilion has been set up especially for children's activities and some information booths and book signings. Access can be made from anywhere to facilitate the fluidity and participation of citizens.

The rear of the booths will be the setting for a photography exhibition that will be held by the members of the Valladolid Photographic Association on the occasion of the celebration of the 70th anniversary of its foundation.

The almost one hundred activities organized within the framework of the book fair will be free and will be carried out without restrictions, with which the Valladolid Book Fair tries to recover absolute normality. Both the entrance to the meetings with writers and round tables or editorial presentations organized in the Círculo de Recreo, as well as the workshops and oral narration events programmed in the central pavilion of the Plaza Mayor are free admission until the capacity is reached and do not require tickets or pre-registration.

Precisely the Main Hall of the Círculo de Recreo will host this afternoon, starting at 8:00 p.m., the proclamation by Juan Tallón, which will be entitled 'Instructions for reading a book' and which will be addressed "not only to new readers, but to those who lost the habit of reading, as a stimulus to rediscover books”, according to the author.

Over ten days, the books will bring together some of the most important Irish authors, concentrated on this first weekend of the Fair's start. In addition to Banville, the novelists Eimear Macbride, Mary O'Donnell, Jan Carson and the poet Keith Payne will attend Valladolid. All of them will hold meetings with readers, in different formats, and will sign copies of their books. A program that will further strengthen ties with Ireland, a country with which relations have intensified as a result of the search for the remains of Red Hugh O'Donnell, deceased and buried in Valladolid.

The meetings can be followed in both English and Spanish, with simultaneous translation. In order to bring together these authors who are so representative of current Irish literature, the collaboration of the Spanish Association of Irish Studies, Culture Ireland, the European Federation of Irish Associations and Study Centers (EFACIS), the Hispano-Irish Association and the University of Valladolid.

The programming on Irish literature will be strewn with allusions to the centenary of Ulysses. James Joyce's novel will be present in the children's proposals, such as the illustrated wall and the oral narration sessions for children; in the activities in the neighborhoods and, above all, in a round table centered on Ulises.

The programming of the fair will focus on three spaces: the Recreo Circle, with the Main Hall and the Stained Glass Room, and the Plaza Mayor, with the central pavilion. The Main Hall of the Recreo Circle will be the epicenter of the meetings, round tables and big acts. It will include, among others, the writer Antonio Muñoz Molina, the Threshold Award for best book of the year, Darío Villanueva; the Mexican writer Brenda Navarro, the revelation authors Virginia Feito and Ángel Martín, and the Valladolid novelists Reyes Calderón and Nieves Muñoz. In addition, the meeting of reading clubs returns, this time about 'La Bajamar', by Aroa Moreno.

1 Musk plans to fire 10% of Tesla staff for a "super... 2 Dave Smith, father of 'MIDI' and synthesizer... 3 The Government of Ximo Puig refuses to modify the... 4 Zapatero: "No woman should suffer discrimination... 5 Eight patrons of a boat that arrived in Tenerife with... 6 At least three dead and several injured in a train... 7 Fátima Báñez will join the board of Iberdrola's... 8 «It is a way of recognizing the work of my brother,... 9 The Prosecutor's Office sees "relevant evidence"... 10 Burgos doubles the amount for its Major Festivals... 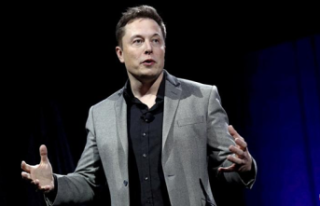