The 45 black spots with the most accidents on the roads of Madrid: works to reduce the accident rate

One in four accidents with victims on the roads of the Community of Madrid in 2019 – the last one prior to the pandemic – were with motorcyclists, and 25. 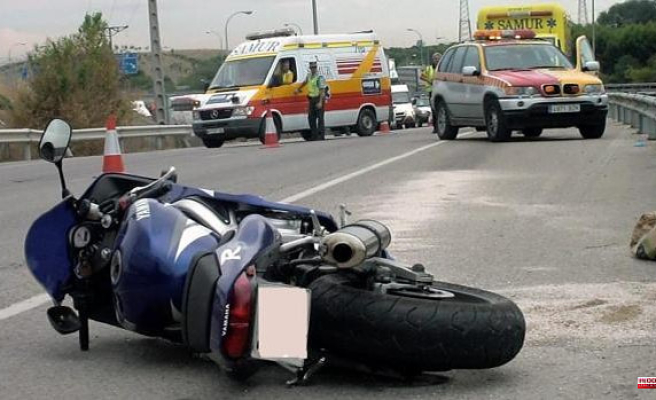 One in four accidents with victims on the roads of the Community of Madrid in 2019 – the last one prior to the pandemic – were with motorcyclists, and 25.5 percent of the victims were fatal. There are other studies that estimate 12,000 motorists killed in all of Spain from 2000 to 2019 in traffic accidents. Given these alarming data, the regional transport authorities have decided to address the problem. First, they have diagnosed the 45 sections of regional highways with the most accidents; and now they are going to develop treatments on them and install protection systems that reduce the accident rate.

The motorcycle park in the Community of Madrid has grown by 3.7 percent between 2010 and 2019, more than double what the passenger car fleet did, where the increase was 1.7 percent, according to data provided by the Ministry of Transport.

More and more citizens choose this means of transport, which allows for more agile driving to avoid traffic jams in the city.

On the road, a collision involving a motorist poses a high risk to their physical integrity. Aware of the danger posed by a collision with the asphalt, or seeing the dreaded guard rails or vertical signage thrown by inertia, the General Directorate of Roads of the Madrid Ministry of Transport is developing the first Specific Road Safety Management System for motorcyclists, a strategy that aims to reduce accident rates on the region's highways.

To achieve this, the first thing that has been done is to analyze where these accidents occur most frequently. The more than 2,500 kilometers of the road network – main, secondary or local roads – of the regional network have been studied to determine the main itineraries used by motorcyclists, and the sections that are most conflictive in the regional roads.

Thus, they have obtained a map with 45 road sections in which the highest concentrations of accidents occur. That include sections in the main communication routes throughout the regional map: the M-127, 131, 133 and 137 highways in the northern mountains of Madrid; the M604, M-611 and M-637 in the northwest of the Community; the M-607 (Colmenar road); the M-117 in the east and the roads M-505, M-512, M-521, M-522 and M-539, in the southwest; and in the south-southeast, the regional highways M-506-M-409, M-301, M-302, M-404 and M-204. For these 'black' areas on biker routes, they plan to impose specific solutions, such as treatments on roadsides, installation of motorist protection systems, beacons, lights, protection of ditches and high-friction treads.

Different materials in signs and poles are also being investigated, in collaboration with the General Directorate of Traffic, and the biker route system, in addition to measures to avoid head-on accidents due to stepping on the continuous line that delimits the lanes of a two-way road. The Ministry of Transport, directed by David Pérez, has contacted groups of motorists to set the most appropriate measures to apply to improve their safety, for which an investment of 6 million euros is planned.

"The Community, aware of the weight that motorcyclists have in traffic in the region, has always been characterized by being very proactive in terms of road safety for this group," the counselor told ABC. As examples, it cites the first action strategy for this group, which was established in 2009. Its most palpable result was "the installation of 120 kilometers of Motorcyclist Protection Systems (SPM) on the road network, with an investment of 4 million euros.

On March 30, the regional government council approved the creation of the Interdepartmental Road Safety Commission, which is the tool to implement road safety actions and ensure their monitoring and effectiveness. This Commission also serves as a continuous open communication channel with the group of motorcyclists, the other ministries and the rest of the key actors involved.

In addition, the regional government has adhered to the principles and objectives set by the European Commission in this area, and has incorporated them into its Road Safety Strategy. The basic goal they set is that by 2030 the number of serious injuries and fatalities will be reduced by half.

Meanwhile, the groups of motorcyclists reiterate, in each concentration they carry out, the same demands. This is what they did, a year ago now, more than a thousand drivers with their motorcycles in Madrid, when they demanded improvements in safety such as protection in all the guardrails – so that they do not become guillotines in case of impact against them at high speed : it is estimated that this effect causes 15 percent of deaths in motorcycle accidents–, an increase in the investigation of traffic accidents; recognize the motorcycle as an efficient vehicle in cities; and improve the pavement of both the streets of the large municipalities and the highways.

The motorcycle option, they remember, is agile and many cities have adopted it to alleviate traffic congestion. Driving with them on roads should be increasingly safer, something to which the measures that will be taken on these 45 black sections that are registered on the roads of the region want to contribute.

1 Top the price of visiting tickets, the desire of the... 2 Spain lives on the wire 3 Without privileges for Andorra de Piqué 4 If you are going to visit Asturias to eat only fabada... 5 A judge indefinitely prohibits bullfights in Plaza... 6 Mexico City bullfighting ban extended indefinitely... 7 The US affirms that the 250 Honduran workers that... 8 Patchwork to fix the world 9 North Korean leader reiterates his support for arms... 10 Zelensky: "You don't need experience to... 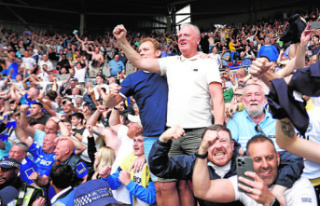 Top the price of visiting tickets, the desire of the...