"That the Emperor Theater has been closed for 16 years is a real shame for the culture of this country. 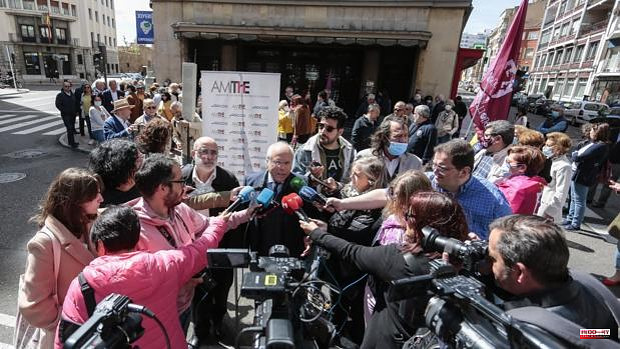 "That the Emperor Theater has been closed for 16 years is a real shame for the culture of this country." This is the statement made today by the president of the Association of Historical Theaters of Spain, Javier Galiacho, during the concentration organized by the entity in the capital of León to demand the restoration and opening of the emblematic cultural venue.

At the event that brought together more than a hundred fans, representatives from the world of culture, trade unions and other entities, Galiacho made it clear that the Emperor's situation "is untenable after being abandoned to his fate, with episodes as sad as the departure public auction, that no one showed up, the promises broken by the different administrations on a stage that, regardless of any political assessment, is one of the most stately theaters in Spain; not only for its history but for the amount of support we have received from the world of theater and cultural management».

"Faced with this blockade situation, we have decided to come from Madrid to support the Emperor Theater and one of our objectives throughout these years will be to return to the legitimate owner, the people of Leon, this considerable value from the historical point of view, cultural and architectural”, he remarked.

While the mayor of León, José Antonio Diez, awaits an upcoming meeting with officials from the Ministry of Culture to address a possible solution, given that the Consistory is willing to assume the management of the venue if it is previously restored, the Association of Historical Theaters of Spain calls on the Board to get involved.

«It is not only an issue of León and the State. León cannot be left out of the theater rehabilitation program that since 1985 has returned no more and no less than a hundred theaters. There is no large Spanish city with a theater like the Emperor that has not been rehabilitated between the State, the Autonomous Community and the City Council. The three public administrations have to get involved decisively so that this curtain rises soon, because a curtain drawn is a town that is getting poorer and poorer », he remarked.

Although the option they consider ideal to reactivate the space would be a public foundation with the participation of civil society, Galiacho also recalled successful examples of private management and did not support Diez's approach to transform the Emperor Theater into a place that follows the model of Matadero Madrid. The Emperor, he said, could host cinema, theater, opera or ballet shows in a program "totally compatible" with that of the Ciudad de León Auditorium, reports Ical.

1 Outrage at the release of the former mayor of Ponferrada... 2 The Cortes 'united' in the midst of a storm... 3 Police were urged to enter a Texas school by onlookers 4 Despite rising mass shootings, states are divided... 5 Amerie, the 10-year-old "hero" who was killed... 6 China's foreign minister begins a Pacific tour... 7 Abrams-Kemp Slugfest promises to be long, expensive... 8 India: Religious flashpoint becomes a dispute over... 9 A nascent reform movement in Lebanon faces a difficult... 10 As US hotels abandon daily room cleaning, housekeepers... 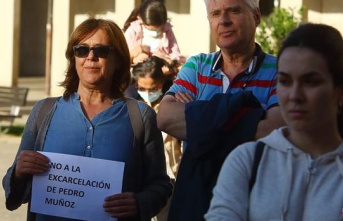 Outrage at the release of the former mayor of Ponferrada...