"That's absurd": Baby milk is becoming scarce in the USA

In the USA, a large baby milk manufacturer is closing its production facility. 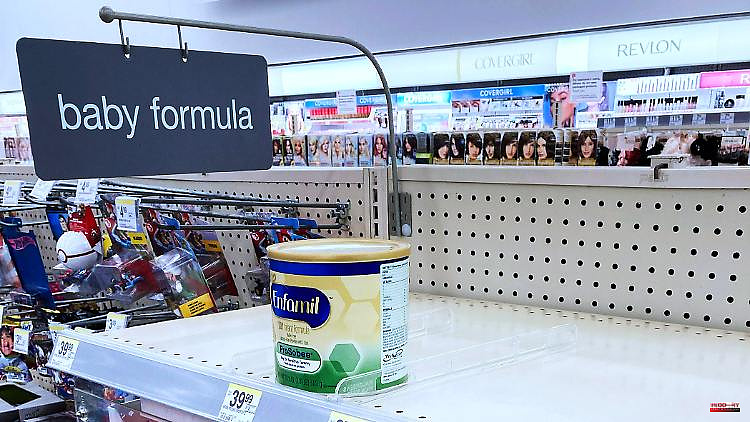 In the USA, a large baby milk manufacturer is closing its production facility. The result: in many parts of the country there is suddenly a shortage of baby food. The initially strange problem develops into a serious crisis. With the parents' desperation, the pressure on US President Joe Biden is also growing.

Behind the worry lines of mothers in the US, panic is increasingly evident: A shortage of baby milk is causing a stir in the United States. Parents are increasingly desperately looking for baby food in drugstores, and the topic has long been the subject of heated political debate. There are a number of reasons for the crisis - including the effects of the corona pandemic and the temporary closure of a large production facility due to suspected bacterial contamination. Parents, however, have long since stopped understanding.

Sara Khan, whose youngest of three children is six months old, is frustrated by the empty shelves in drugstores and supermarkets in and around the capital, Washington. Friends now send her baby milk powder from Boston or New York when they find some. She has even ordered the powder in Germany. "That's absurd," says Khan.

The main reason for the shortage is a major recall by the manufacturer Abbott after the death of two babies. In the meantime, bacterial contamination was suspected at a plant in the state of Michigan. The suspicion has been dispelled, but production has not yet resumed. Among other things, the well-known brand Similac, which millions of families in the USA rely on, is affected.

Strongly fluctuating demand, supply chain problems and a shortage of workers in the wake of the corona pandemic had already caused problems before. According to the market observer Datasembly, there was recently a gap of more than 40 percent in inventories. "It didn't happen overnight," says Sara Khan. "I've known about this problem for almost seven months."

The Espinosa family from San Diego in the west coast state of California also complains about the bottlenecks. "There's nothing on the shelves," says Olivia Espinosa. A particular problem is that her three-week-old baby Maya is lactose intolerant. The parents would like to try different products, but they are simply not available. It's "extremely frustrating," says Olivia Espinosa.

The magazine "The Atlantic" already writes that the baby milk shortage has grown from an initial curiosity to a "national crisis". The opposition uses this to attack President Joe Biden and his government. Senate Republican leader Mitch McConnell said Thursday Biden and the FDA were aware of the problem while it was spreading but did nothing. "You slept." "This isn't a Third World country," protested Conservative MP Elise Stefanik. "That should never happen in the United States." The White House says it is working "around the clock" to fix the problem.

On Thursday, Biden spoke to representatives of manufacturers and retail chains and subsequently announced a series of measures. Among other things, more baby milk imports are to be permitted - according to official figures, 98 percent of US consumption currently comes from domestic production - bureaucratic hurdles are also to be removed and possible market abuse investigated.

The President is under a lot of pressure: In view of the ongoing corona pandemic, foreign policy crises and high inflation, his poll numbers are already bad, and the important midterm congressional elections are coming up in the fall. Biden cannot afford a long-lasting baby milk crisis. 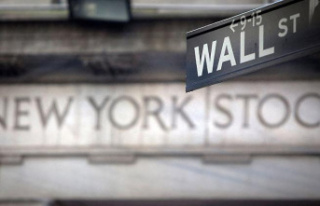