Terodde shoots S04 to the title: Werder is back in the Bundesliga, HSV is playing relegation

Werder Bremen, together with FC Schalke, manages direct promotion back to the 1st division. 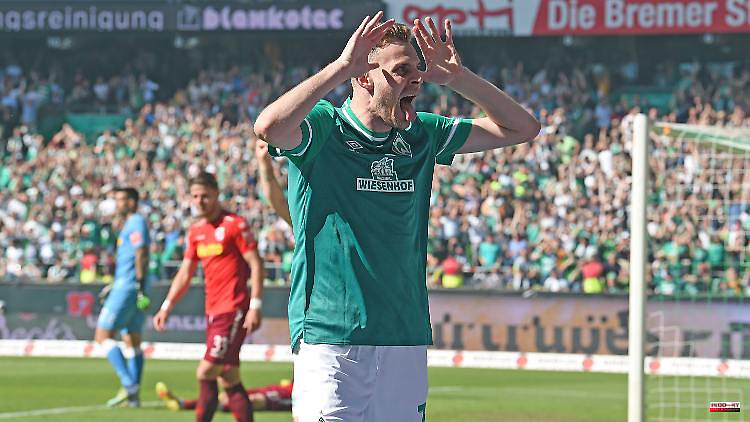 Werder Bremen, together with FC Schalke, manages direct promotion back to the 1st division. Hamburger SV has to accept a setback, but turns the game around in Rostock. The club is now going into relegation against Hertha BSC. Darmstadt 98 tries, wins high - and still suffers in the end.

With a work win for promotion: Werder Bremen has returned to the Bundesliga after a year in the second division. Hugely supported by 41,000 spectators in the Weser Stadium, the Hanseatic League prevailed 2-0 (1-0) against Jahn Regensburg and thus claimed their direct promotion place. "The SVW is back," chanted the audience after just one hour of play.

With his 19th goal of the season, Niclas Füllkrug laid the foundation for the well-deserved but rather lackluster success against the Oberpfalz team in the tenth minute, for whom it was no longer about sport. The goalscorer was successful with a placed half-high shot. Five minutes after the restart, his strike partner Marvin Ducksch scored from close range, it was the 21st goal of the season.

However, the early lead gave the hosts little tailwind for the remainder of the first half. The team coached by Ole Werner was dominant, but rarely found a way through against the stable defense of the guests. The Werder coach repeatedly called on his protégés to take broader action, but most of the time the center of attack was sought.

In the case of sporadic counterattacks, Regensburg was not without danger. However, Bremen's goalkeeper Jiri Pavlenka was only seriously tested by one team-mate. Mitchell Weiser surprised the Czech keeper with a botched return in the 22nd minute that nearly resulted in an own goal.

Jahn coach Mersad Selimbegovic had traveled to the Hanseatic city with great goalkeeping concerns. Instead of Thorsten Kirschbaum, who had a cold, Alexander Weidinger stood between the posts. The 24-year-old is usually used in the second Regensburg team in the Oberliga Bayern.

The 2-0 gave the hosts the long-missed security in the actions. Regensburg began to resign, relief attacks hardly took place. And if they did, they remained harmless.

Four years after the first Bundesliga relegation in the club's history, HSV, which had finished fourth in the last three second division seasons, can now hope for a return to the German football league. The relegation first leg will take place next Thursday (8.30 p.m. / Sky and Sat.1) in Berlin, the decision will be made on the following Monday (8.30 p.m. / Sky and Sat.1) in Hamburg.

The dream of promotion has burst: Darmstadt 98 has to bury all hopes of a return to the Bundesliga after a heart-stopping final. Coach Torsten Lieberknecht's team beat SC Paderborn 3-0 (3-0) on the last day of the second division, but were unlucky fourth due to the victories of the competition.

Tim Skarke (2nd) and Luca Pfeiffer (25th/37th) rewarded the lilies with their hits for an incredibly passionate performance. Due to the clear lead, eyes went to Rostock early on - but Hamburger SV later caused disillusionment among the Darmstadt team. Paderborn's Marcin Cuni (79th) received a red card for foul play.

Darmstadt lost an even better starting position at Fortuna Düsseldorf (1:2) last week. The support in the stands was all the greater: after a march to the stadium at Böllenfalltor, the fans swore in their team with an impressive choreography.

From second to fourth place, anything was possible before kick-off. Correspondingly, Darmstadt started furiously: Skarke set the first exclamation point early on in the fight for promotion. Lieberknecht didn't want to constantly find out about the other results, but the HSV deficit caused a lot of celebration in the stands.

In front of the eyes of Hertha coach Felix Magath, the lilies continued undeterred. Phillip Tietz (19th) initially missed the second goal, but a little later Pfeiffer extended the lead with a brace. In addition, the SVD could rely on goalkeeper Marcel Schuhen.

After the break, Darmstadt continued to push forward in front of 13,710 fans. While the nervousness increased in the stands after Hamburg's equalizer in Rostock, Lieberknecht's eleven with the lead in their backs gave it their all. Pfeiffer's third goal (69th) was also taken back because of an offside position after video evidence.

1 “I learned to listen to myself” -Penny Oleksiak 2 Finland formally approves its candidacy for NATO 3 Mahrez misses a penalty and Manchester City still... 4 Jorge Messi does not close the door to the return... 5 Maxi Rolón, former Barça soccer player, dies in... 6 Hindley resists Landa at the 'bandit summit'... 7 García-Tomàs: a sublime parody of Bach 8 The ANC charges against the Winter Olympics: "The... 9 Jean-Luc Mélenchon and the Insoumis defend their... 10 Mélenchon offers the minimum wage at 1500 euros and... 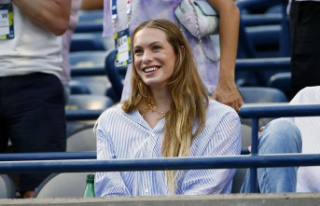 “I learned to listen to myself” -Penny Oleksiak