Teresa Cardona, the new voice of crime fiction in Spanish, arrives in Guadalajara with 'The Two Sides'

The crime novel in Spanish is in luck: Teresa Cardona (Madrid, 1973), with her work 'The Two Sides' (Siruela), has brilliantly burst onto the national narrative scene, and has done so to stay. 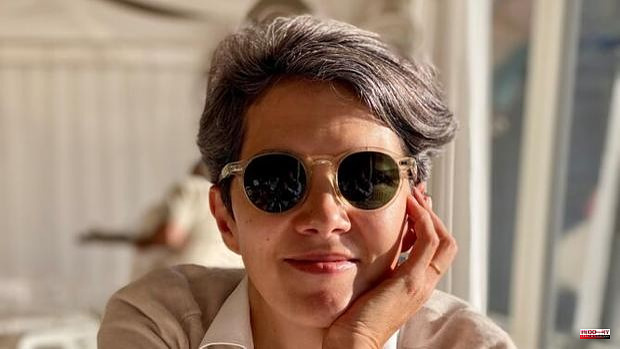 The crime novel in Spanish is in luck: Teresa Cardona (Madrid, 1973), with her work 'The Two Sides' (Siruela), has brilliantly burst onto the national narrative scene, and has done so to stay. Something that those who come this Saturday at 6:00 p.m. to the Modern Theater of Guadalajara, where the Guadalajara en Negro Festival is being held, will be able to verify, in which the author will participate in a round table together with José Manuel Martos and Juan Oñate.

In 'The Two Sides', her first novel published in Spanish, Teresa Cardona shows her strongest cover letter, a vigorous and tangled set of values ​​and moral doubts that catches the attention of readers avid for stories with hooks.

Previously, the author, who currently lives between Spain and Germany, already published in France together with Eric Damien the crime novels 'Un travail à finir' and 'Terres brûlées', under the pseudonym Eric Todenn.

The story told in 'The Two Sides', which is receiving very good reviews and is now in its third edition, navigates alternately between two not very disparate time sequences, August 2016 and June 1989, delves into the heavy ballast of guilt: that of those who act by dark instinct when committing a crime, and that of those who suffer the consequences of the crime and, even worse, bear the burden of not having been able to prevent it. But Cardona goes one step further and, taking advantage of the two extremes of the plot, poses a moral dilemma that does not always have adequate justification: can man, ignoring the laws, manage to take justice into his own hands?

The Beckler/Cano protagonist tandem works perfectly, in the compensation of their respective characters when it comes to investigating and conducting interrogations and in their slow evolution to gain confidence and get to know each other better. The dialogues are agile, direct and invite reflection, especially when it comes to evidencing the break with the laws that certain acts imply. Cardona then takes advantage of the historical moment to deal with the issue of ETA and its attacks, but also State terrorism linked to the GAL. Revenge, torture, punishment... The two sides become visible again depending on the perspective of the one who undertakes them or the one who investigates them.

The dramatic tension, which evolves at the dynamic pace of the investigation, manages to remain until the last chapter. It is precisely at that moment, when the accomplice reader has already managed to undo the skein, when he also realizes that the book has become short and that he wants more... Lieutenant Karen Beckler has already positioned herself and aims high to gain a foothold among the most followed researchers of the genre.

1 An 89-year-old man dies in the fire at his house in... 2 The IGME will be the 'eyes' of the coastal... 3 The CNMV suspends the listing of Acerinox due to a... 4 The Madrid Gospel Choir sings against Alzheimer's 5 Manel Loureiro presents this Friday in Toledo his... 6 Sheets with mold, without air and in an abandoned... 7 Dismantled a criminal group that committed 15 robberies... 8 The Justice ratifies the Castilian in the school of... 9 The municipalities managed by Hidraqua reuse eight... 10 Streets closed and parking prohibited in Valencia... 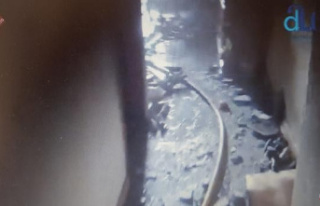