The High Court of Justice of the Basque Country (TSJPV) has upheld an appeal filed by the hotel associations of Álava, Bizkaia Gipuzkoa against the restrictions imposed by the Basque Government on hotel establishments in two decrees of the Lehendakari of December 2020 and January 2020. 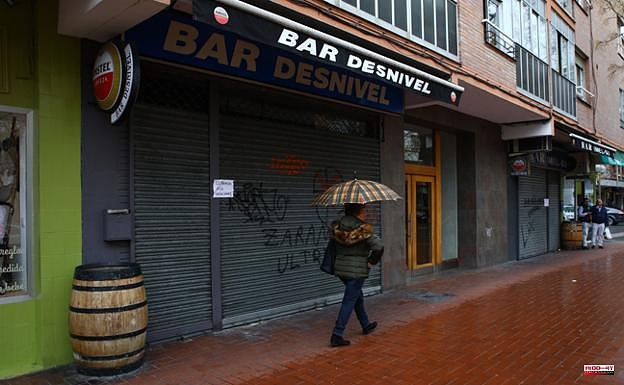 The High Court of Justice of the Basque Country (TSJPV) has upheld an appeal filed by the hotel associations of Álava, Bizkaia Gipuzkoa against the restrictions imposed by the Basque Government on hotel establishments in two decrees of the Lehendakari of December 2020 and January 2020. 2021. The ruling has been issued by Judge Luis Ángel Garrido, president of the Contentious-Administrative Chamber of the TSJPV, and marks the tenth time that this court has given the Basque Executive a legal romp since the start of the pandemic. Only on one of those occasions, that of the implementation of the Covid passport in the Basque Country, was the decision later corrected by the Supreme Court, although the general trend of Iñigo Urkullu's cabinet has been not to appeal to the Supreme Court against the decisions that they have been unfavorable in the TSJPV. In the case of this last ruling, the resolution will not have practical effects because the hotel associations did not claim specific compensation for the restrictions appealed.

In the ruling to which this newspaper has had access, Judge Garrido upholds the contentious-administrative appeal filed by SEA Empresas Alavesas, the Bizkaia Hospitality Association and the Gipuzkoa Association of Hospitality Entrepreneurs against the measures for the reopening of the hospitality industry in the decrees of the lehendakari of December 10, 2020 and January 22, 2021 and declares “the nullity of the appealed provisions; by expressly imposing costs on the defendant Administration”, in this case, the Basque Government. There is an appeal to the Supreme Court.

In the ruling, the TSJPV acknowledges that the Basque Government "has provided data that justifies the high incidence" of Covid at the end of 2020 and beginning of 2021, "but the specific measures adopted to allow the opening of hotel establishments" collected in the decrees "lack specific justification". "What has not been provided is any specific report on the measures appealed here or the suitability of those adopted," he adds. And he points out that "there are various sectors, in many of which there was no closure of activities, which have contributed to the spread of the virus." The conclusion reached by Judge Garrido is that the Basque Government "did not carry out a specific analysis of the measures challenged here or their necessity, proportionality and suitability", for which he estimates the appeal of the hotel associations.

Last March 16 was the last time that the TSJPV gave the Basque Government a legal romp regarding the health restrictions due to the pandemic. On that occasion it was due to the restrictions imposed on the hotel industry in March 2021, when activity in bars and restaurants was forced to be limited from 6:30 a.m. to 9:30 a.m. and from 1:00 p.m. to 4:30 p.m. Outside these time slots, establishments could only serve on terraces. In the ruling known this Tuesday, what are declared null are the restrictions to which the hotel industry was subjected in December 2020, when only those establishments that were in municipalities with a Covid incidence rate of less than 500 could open their doors. cases per 100,000 inhabitants, although without being able to give dinners and with a capacity of 50% indoors and without bar service. The decree of January 2021, for its part, limited the tables in the hospitality industry to a maximum of four diners and placed the capacity between 40% and 60% depending on the surface of the establishment. In addition, bars and restaurants had to be closed at 8:00 p.m.

With this new decision, the TSJPV has dealt this Tuesday its tenth legal setback since the pandemic broke out against the Basque Government, although in reality it is the ninth defeat since one (the implementation of the Covid passport) was later corrected by the Supreme. The Basque judges have only first validated the ban on popcorn in the cinema and the abolition of party favors. Instead, they have ruled against the closure of nightlife and the limit of meeting to six people, in 2020, and in 2021 against the closure of bars in the towns 'in red', restricting rights without a state of alarm, the mask in the beach if there is distance, or the capacity in football. In 2022, the limitation of the use of the Covid passport to nightlife and large restaurants has arrived, and the nullity of the restrictions on the hotel industry in December 2020, January 2021 and March 2021. 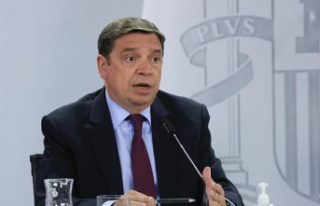 The Government opens the door for dairy producers...