The city of Albacete turned this Monday with its team and a white tide filled the streets to celebrate the return of Albacete Balompié to the Second Division of professional football. 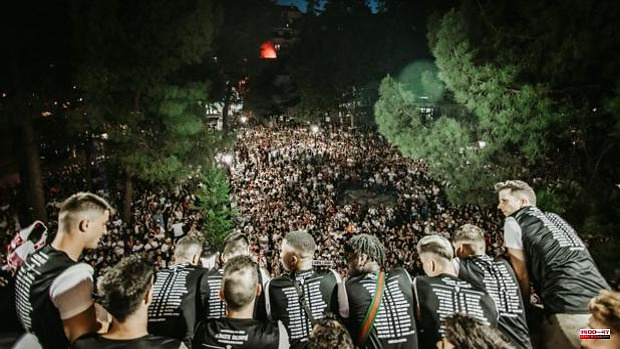 The city of Albacete turned this Monday with its team and a white tide filled the streets to celebrate the return of Albacete Balompié to the Second Division of professional football. Nearly 20,000 people accompanied the bus along the itinerary, supporting and celebrating the victory with the players.

The tour left around 8:00 p.m. from the 'Carlos Belmonte' stadium to arrive shortly before 10:00 p.m. at the cathedral, where they offered victory to the patron saint, the Virgin of Los Llanos. Meanwhile, more than 10,000 fans gathered at the gates of the City Hall, to give a warm welcome to the squad, with songs such as "Alba I love you", "Second oe" or Where is Deportivo, where is Deportivo? ».

The madness broke out when the players came out onto the balcony to greet the fans and thank them for all their support. “Thank you all for trusting us, we owed you, last year we had to suffer relegation, so now we are going to enjoy the well-deserved promotion”, celebrated Bernabé Barragán, goalkeeper and captain of the La Mancha team.

During the celebration, the mayor, Emilio Sáez, also intervened, who promised the fans to improve the stadium's facilities: "We are going to change the scoreboard and the lights of the stadium and we are going to improve security with new access doors, in addition, anyone who has the disability you have, you can go wherever you want within the facilities.

For his part, the coach, Rubén de la Barrera, told Europa Press that they were very confident in returning to the Second Division: «We knew how to compete, we were clear about the way in which this 'play off' had to be faced and we have done, so very well, very happy, it has been a very deserved promotion». Looking to the future, De la Barrera has a contract, so he will continue as coach of the La Mancha team, although now "it is time to celebrate all this."

1 Alignment of quantified levels in valleytronic material... 2 The 'Luz del Tajo' shopping center opens... 3 ONCE and the Almagro International Classical Theater... 4 Catalonia will limit the passage of trucks on the... 5 Aid for textbooks will benefit 5,700 families 6 The Prosecutor's Office of the Court of Auditors... 7 The Corpus also looks with the fingers 8 They condemn a false Belgian podiatrist for intrusion... 9 The farmer from Toledo in a wheelchair who will represent... 10 The polls in Italy reward consistency and punish the... 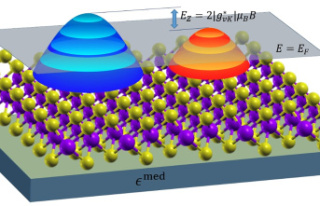