The ATP, which manages the men's professional tennis circuit, announced on the evening of May 20 that it would not distribute any points at the next Wimbledon tournament if the exclusion of Russian and Belarusian players due to the war in Ukraine is maintained. 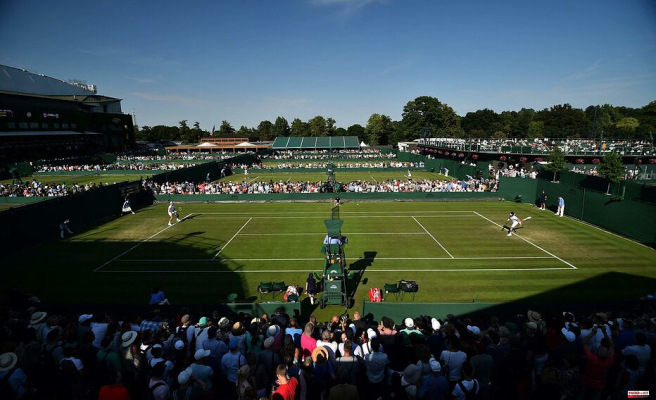 The ATP, which manages the men's professional tennis circuit, announced on the evening of May 20 that it would not distribute any points at the next Wimbledon tournament if the exclusion of Russian and Belarusian players due to the war in Ukraine is maintained. “If nothing changes, it is with immense regret and reluctance that we see no other possibility than to withdraw the ATP points at Wimbledon for the 2022 edition”, announces the body in a press release.

The British Grand Slam tournament communicated on April 20 its intention to exclude Russians and Belarusians from the 2022 edition because "in the circumstances of an unjustified and unprecedented military aggression, it would be unacceptable for the Russian regime to pull the less benefit from the participation of Russian or Belarusian players”. In the process, the WTA which manages the women's circuit decided to take the same measure.

The legendary tournament could become an exhibition tournament

If both positions are confirmed, the London tournament will count for nothing. The ATP, which accepts Russian and Belarusian players under a neutral banner, repeated on Friday that the position of the London tournament "challenged" the principle of fairness between players as well as "the integrity of the ranking system. Our rules and agreements exist to protect the rights of all players. Unilateral decisions of this nature set a damaging precedent for the rest of the circuit. The discrimination put in place by tournaments on their own is simply not viable on a circuit that spans more than 30 countries.

Only in terms of regulations, the four Grand Slam tournaments (Australian Open, Roland-Garros, Wimbledon and US Open) do not depend directly on the ATP or the WTA.

But the Wimbledon decision was very badly received by the vast majority of the tennis world who see it as a political gesture and, like Rafael Nadal, "very unfair". The ATP points out that Wimbledon followed “recommendations” from the British government which were not binding and that these “informal recommendations offered an alternative which would have allowed players to participate individually under a neutral banner after signing a declaration” against the invasion in Ukraine, which would have been "a more acceptable option for the ATP".

On the other hand, the ATP has decided to maintain the points at the Queen's ATP 500 and Eastbourne ATP 250 tournaments as well as at the Challengers (2nd division) in Great Britain this summer because "Russian and Belarusian players have the opportunity to participate other tournaments in the same weeks, unlike Wimbledon, which minimizes the impact on the integrity of the rankings. »

The decision of the ATP is already reacting in Ukraine: "To say that I am disappointed by the ATP would be an understatement", reacted the former Ukrainian player Serhiy Stakhovsky, returned to his country to fight. “I would never have expected anyone to choose the side of invaders and murderers. »

1 ATP and WTA leave Wimbledon without points due to... 2 Russia announces the seizure of the Azovstal steel... 3 Urgent need 4 Play a club look 5 Undabarrena lives the miracle of Tondela, the modest... 6 Surprising red at $15 7 The Basque Government rejects "any attempt to... 8 The US says that the removal of ETA from the list... 9 El Levante deja Primera thrashing in Vallecas 10 Rahm gives a lesson in toughness in Tulsa 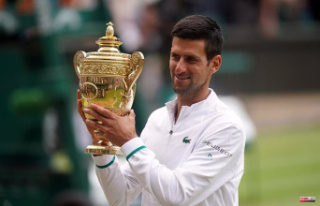 ATP and WTA leave Wimbledon without points due to...