Ten figures of the Church, including Charles de Foucauld, proclaimed “saints” by the pope

Pope Francis proclaimed ten figures of the Church "saints" on Sunday, including the hermit of the desert Charles de Foucauld, in front of thousands of faithful from around the world gathered in St. 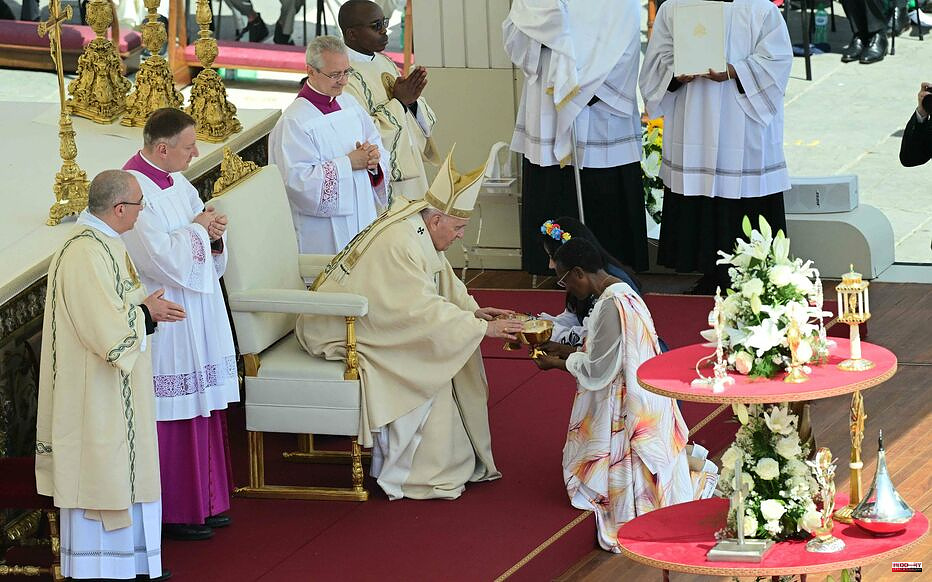 Pope Francis proclaimed ten figures of the Church "saints" on Sunday, including the hermit of the desert Charles de Foucauld, in front of thousands of faithful from around the world gathered in St. Peter's Square in Rome.

Among these ten "canonized" are the French religious Marie Rivier (1768-1838) and César de Bus (1544-1607) as well as the Dutch priest and journalist Titus Brandsma, known for his commitment against Nazi propaganda during the Second World War.

Their portraits hung on the facade of the largest basilica in the world. Among the official delegations, the French Minister of the Interior, Gérald Darmanin, stood near the Italian President Sergio Mattarella.

Unlike in recent days, Pope Francis, 85, who suffers from knee pain, did not appear in a wheelchair before presiding over this mass, alongside around 50 cardinals and some 300 priests and bishops.

Early Sunday, in summer weather, groups of pilgrims - many of them French - had begun to flock to the square, some wearing polo shirts or scarves with the name and face of one of the ten new "saints".

Canonization - a step allowing one to become a "saint" in the Catholic Church, following beatification - requires three conditions: to have been dead for at least five years, to have led an exemplary Christian life and to have performed at least two miracles.

The beatification trial of Charles de Foucauld, who was assassinated in 1916 in Tamanrasset, in the Algerian desert south, began in the 1930s. He was declared “blessed” in 2005 by Pope Benedict XVI.

After being cured of cancer in 1984, a second miracle was attributed to Charles de Foucauld by the Vatican: the unusual story of a young carpenter from Saumur (central France), who survived a fall from 15 meters on a bench, despite a pierced abdomen.

The martyr Devasahayam (Lazarus) Pillai (1712-1752), a Hindu convert to Christianity, is the first Indian layman to become a “saint”, according to the Vatican. Arrested, he was tortured for three years and then executed, having refused to renounce his faith.

1 Covid-19: in North Korea, 15 new deaths from “fever” 2 Channel: fly over the Cotentin with the virtual reality... 3 In the terminal phase of cancer, a Briton raises more... 4 World tourism raises its head, but remains below the... 5 Strasbourg justifies itself after its poor ranking... 6 Lidl recalls chopsticks that may contain metal 7 Depakine: Sanofi condemned for lack of information... 8 Weather: high temperatures this weekend and a risk... 9 In Bordeaux, librarians prepare students for the patent... 10 "At least until 2024": Why the end of the... 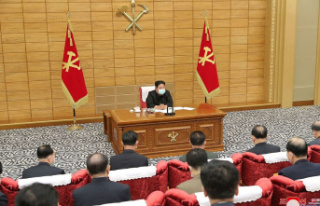