Two French nationals were indeed arrested this month in Iran, Iranian authorities confirmed on Tuesday, accusing them of trying to stir up trouble by meeting with representatives of teachers' unions. 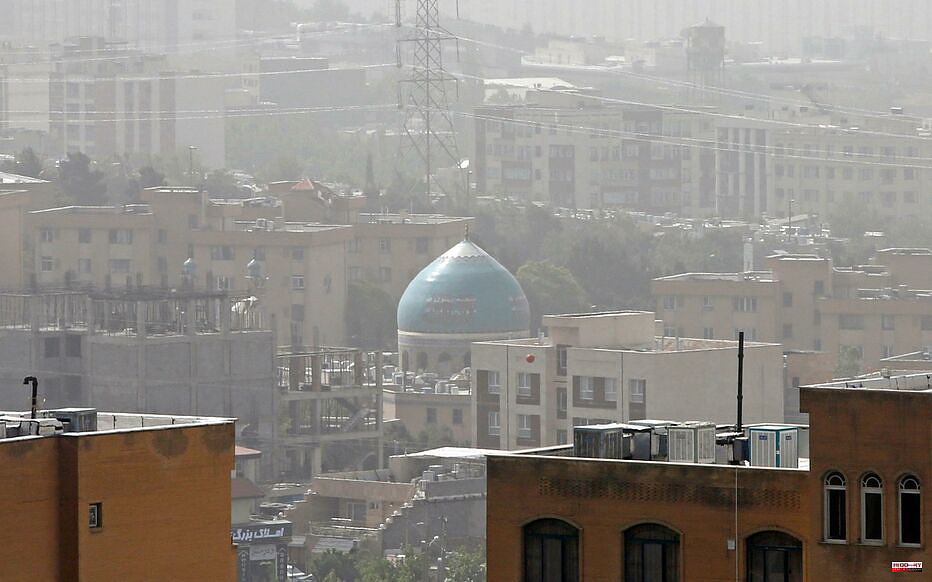 Two French nationals were indeed arrested this month in Iran, Iranian authorities confirmed on Tuesday, accusing them of trying to stir up trouble by meeting with representatives of teachers' unions. Iranian state television broadcast footage of the two from their arrival in the Islamic Republic on April 28 on tourist visas until their arrest on May 7.

Iran's media has published an expose about the new French couple that it has detained, including footage from their trip. In case Americans and Europeans need a reminder, do not travel to

According to the images broadcast, it is Cécile Kohler, 37, and her companion Jacques Paris. They are seen upon their arrival in Tehran on April 28. Their passports are also filmed. The footage shows photos and videos of the couple in the company of heads of Iran's teachers' union. Proof for Iran that they wanted to push to create unrest in the country, reports RFI.

There to "create trouble", according to the Ministry of Intelligence

"The Ministry of Intelligence monitored the two people in organizing and coordinating meetings with some people who consider themselves to be members of the teachers' union," state television said, adding that they were "trying to form a kind of demonstration to create unrest. In an audio file broadcast by the media, a female voice, presented as that of the arrested French national, says in English: "It's a battle to obtain the majority of Iranians". And a man, believed to be the second national arrested, says, also in English, "We should build a revolutionary package."

The Iranian Ministry of Intelligence announced on May 11 the arrest of two Europeans accused of seeking to "destabilize" the country, without specifying their nationality. The next day, the French Foreign Ministry said they were two French people, without identifying them, and condemned the arrests as "baseless", calling for their immediate release.

Christophe Lalande, federal secretary of the FNEC FP-FO (National Federation for Education, Culture and Vocational Training-Force Ouvrière), told Reuters on May 12 that Cécile Kohler, in charge of international relations for her union, traveled to Iran on a "private tourist trip during the Easter holidays". "We have no more news from our comrade," he said.

The Iranian authorities are holding several foreign nationals prisoner for reasons deemed political by Western countries, which consider that Tehran is using them as a means of pressure in negotiations on the Iranian nuclear issue or to loosen the grip of international sanctions.

Regular demonstrations of professors in the country

Iran is currently rocked by regular protests by teachers against their working conditions. Several of them were arrested, leading to further protests for their release. Earlier this month, the NGO Human Rights Watch called for the release of nearly 40 teachers arrested during the events surrounding the May Day nationwide protests.

Iran education union leader Rasoul Bodaghi was sentenced to five years in prison in April for his involvement in teacher protests, according to a human rights organization. On Monday, the Mehr news agency announced the arrest of a university researcher suspected of having "committed acts undermining national security". Professor of sociology at Allameh Tabatabai University in Tehran, Said Madani Ghahfarokhi, 61, is "suspected of maintaining links with foreign countries and of having committed acts threatening the country's security", the agency said. , without further details.

Hit since 2018 by major US economic sanctions, Iran is experiencing galloping inflation of more than 40%, which is hitting officials hard. Last week, Tehran announced a series of measures, including lifting subsidies on flour and raising the prices of certain foodstuffs such as oil and dairy products. Hundreds of people then took to the streets in several Iranian cities to demonstrate, notably in the province of Tehran, according to the official Irna news agency.

In recent years, many protests have taken place in the country to demand better living conditions and higher wages, including in November 2019 after a rise in fuel prices. According to the authorities, 230 people were then killed in violence linked to the demonstrations. Experts working for the UN evoke a death toll of 400.

1 Northern Ireland: London intends to unilaterally modify... 2 Giro: Girmay wins the stage and goes to the hospital... 3 On trial for trying to kill her husband with a pot... 4 Hello. The Church in Ready and Alba opens its doors... 5 Last minute of covid in Castilla-La Mancha: 24 deaths... 6 Josu Ternera will sit on the bench in 2024 for the... 7 Historic visit: the Supreme Court will sit in Quebec 8 Miguel Ramos: "In the Cádiz Association with... 9 Grenoble: Gérald Darmanin asks the prefect to suspend... 10 Arechabaleta promises to position Lezama as "an... 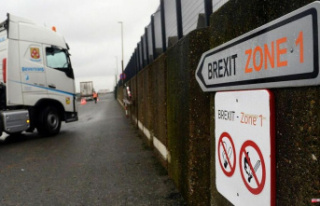