Tebas to Al-Khelaifi : "Stop cheating, because you fuckup football."

Javier Tebas continues to take aim at Paris Saint-Germain, and the economic management he sees as a violation of any principle of sustainability or financial fair play in football. 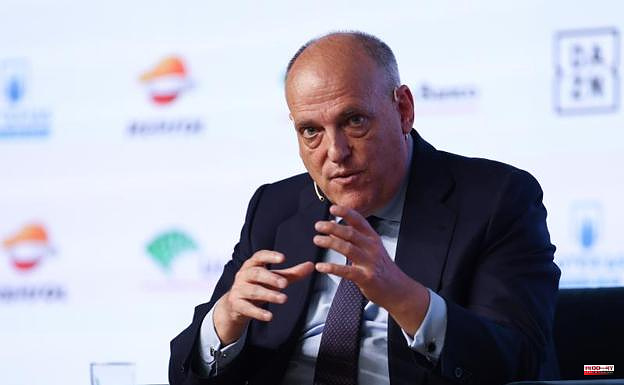 Javier Tebas continues to take aim at Paris Saint-Germain, and the economic management he sees as a violation of any principle of sustainability or financial fair play in football. The glittering checkbook renewal of Kylian Maappe, the jewel in the crown for the Qatari capital sports project at the Parc des Princes has filled the glass and raised the temperature of an old dispute. "We won't consent to LaLiga that a club damages the ecosystem of European soccer. It's not a problem with French football; it's a problem for European football," warned the president of the Spanish employers' association.

Tebas was more than a mere speaker. He assured LaLiga that it will continue to bring a complaint against France's champion to UEFA and that it has prepared the complaint. It is now waiting to file it formal in the next days. . "The complaint we will file with UEFA regarding the PSG case is already drafted. It is not pretension, it is objective economic information from a club which has lost 300-400 million euros over the past three seasons. He stated that this year's salary mass will reach 600 million. "I'm not saying it, but 'L'Equipe' does it. With losses of around 300 million and commercial income that is greater than Madrid, Manchester United, or Barca, that nobody believes", he said. He opened the informative breakfast by Europa Press agency by congratulating Real Madrid on a successful management that has not allowed him to proclaim himself European champion on the pitch.

PSG renews Mbappe's contract with these numbers. It doesn't matter if they're net or gross. If there is no deception in sponsorships and capital contributions at a higher level than the UEFA, it is impossible. We won't stay here. We will be going to France, where we have French lawyers and we will denounce PSG’s position there before the administrative courts," he stated. He also highlighted the next steps to follow in this crusade against PSG's Qatari project, which is a symbol of new governed football by state clubs, at most economically.

"How many hats does PSG president wear?" He is now the president at PSG. Then he removes his hat to become the president at the European Club Association (ECA). Now he is president of bein Sports. He can do anything he likes because UEFA relies on him. It's impossible. "Thebes valued the figure of Nasser al-Khelaifi president of PSG, a strong man in sport of eleven against eleven on the Old Continent.

With a formidable opponent in front of him the president of LaLiga is acutely aware of his personal and professional exposure in a war where other European championships like the English Premier League, the Italian Serie A, or the German Bundesliga are not positioned convincingly. "We look like the European Robin Hoods," I've spoken to other presidents of big leagues. Some are likely to join, but they won't put themselves in the trenches. He analyzed this and said that I told them this was what needed to be done to defend European football, and Spanish football.

"I am not going to sit next Nasser Al Khalaifi and tell them 'after final we'll get a pincho'. In any case, I'll tell Tebas 'hey, stop cheating. What you're doing to football is screwing it up'. Tebas stated that he had already spoken to him several times, but he doesn't pay attention. He also spoke out about his current relationship to the president. This made clear the escalated conflict with Qatari projects in Paris, which could lead to legal action.

It is just as dangerous as the Super League Project. It is not the fact that they are state clubs. The problem is their attitude that all losses are the same to them. They put the money they want and cheat with sponsorships. While I don't complain about Qatar Investment being the owner of the club, I do object to their use of that figure of Qatar Investment to contribute money to the club without considering any losses. "He analyzed the dispute in relation to its substance, and found that Qatar Investment is more aligned with the management model rather than the ownership of clubs.

Al-Khealifi, PSG and Tebas now dominate the spotlight. Tebas confessed that he would meet with the Qatari president prior to Florentino Perez and, especially, Luis Rubiales with whom he has inextricable differences. Real Madrid's president is divided on the long-term management of the club, particularly in relation to the Impulso project, which was funded by the CVC fund investment. Tebas, the head of Spanish Football Federation (FEF), was harsh in his charge one day after an assembly. He said that the assembly "didn't offer explanations" regarding the recent controversies at the federative entity and also accused Rubiales that they have "a prison" for critics.

1 Zuckerberg announces the Spanish Javier Olivan as... 2 Another 11% drop in car sales in May 3 Jessica Ennis Hill: Why I train around my period now... 4 Swords promises that the CIS will be wrong and believes... 5 Ferraz denies that Andalusia implies a change in cycle.... 6 Hydrogen could help Germany reduce its dependence... 7 Garcia-Alix, Ghostbusters at The Prado Museum 8 "The Rolling Stones are now more sober and they... 9 A millipede named Taylor Swift 10 Gaia photographs 1.5 million kilometers of Earth from... 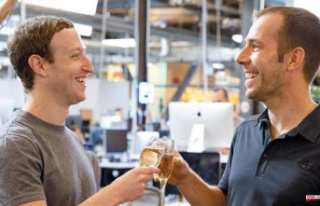