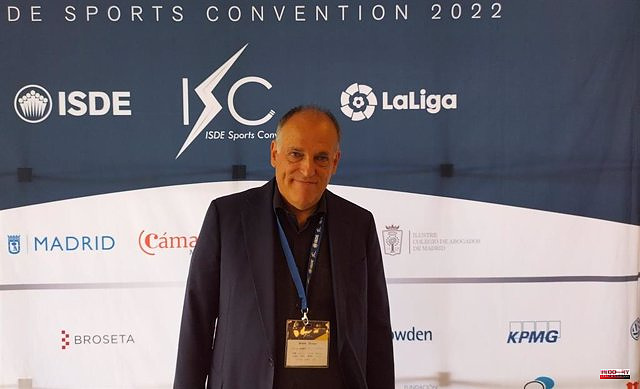 The president of LaLiga, Javier Tebas, assured that he was experiencing "with great sorrow and sadness" everything that is happening around the Royal Spanish Football Federation (RFEF) and that he is not "happy" because a Luis Rubiales "suffers" He advises that when it comes to accusing, look at "your surroundings", while explaining that many of the operations that have been made known, such as the Spanish Super Cup in Saudi Arabia, are "judicially reprehensible".

"I am experiencing it with great sorrow and sadness, we are not Spanish football, what is happening, the football of 'mamoneo' has returned. That a competition as important as the Super Cup, which plays with a new format, outside of Spain and with LaLiga giving up a day, you cannot negotiate for two participants like Piqué and Rubiales, that is from a third world country", Tebas told the media after participating in one of the tables of the ISDE Sports Convention 2022, organized by ISDE, LaLiga and the City Council from Madrid.

The leader did not want to comment on whether Rubiales should be disqualified by the TAD, but he did want to say that "many operations" that have come to light after the audios revealed by 'El Confidencial' "are not only ethically reprehensible but also legally" . "Piqué's, just to pull the thread a bit... he says that he organized it and then Saudi Arabia pays him, that has another name in the field of justice that I am not going to enter," he warned.

For Tebas, the rest of the things that have come out involving Rubiales and the RFEF, such as the recordings of members of the Government, including President Pedro Sánchez, leave him "stunned". "This does a lot of damage to Spanish football," he insisted.

In any case, he believes that resigning "is a decision that corresponds" to Rubiales himself, who is in charge of an institution that has "public powers delegated by the State." "It seems complicated to me that it can be managed in the conditions that are happening," he pointed out.

The president of LaLiga made it clear that he has never recorded anyone "without their consent" and does not forget that the Higher Sports Council (CSD) took him to the Anti-Corruption Prosecutor's Office "when they were twinned and hugged Rubiales." In addition, he stressed that in a position like the one held by the former player, one must "have institutional respect and maintain it." "When one holds public office there are some barriers that can never be overcome," he warned.

"I'm very sorry. I'm not happy because Rubiales, with whom I don't get along at all, suffers," said Tebas, who lamented the theft of the RFEF president's mobile data. "Things have also been hacked and published, but then you have to give clear explanations and there aren't any, it's impossible to explain," he said.

"He always accuses me, I think that even when he sued to kidnap 'El Confidencial'0 he accused LaLiga, but he's wrong, I think he should go closer, to his environment, right?" that he wouldn't be surprised if something came out about him. "I have nothing to worry about. If they put detectives on me, I lead a monastic life. I have always been very loyal and clear in all my conversations," he settled.

Finally, he hopes that the presidents of the Territorial Federations do not make their support for Rubiales public. "A few years ago there were letters of support for Villar and a few poor people almost ended up disqualified. Going back to the past is the worst thing that can happen in the world of sport, it has cost us a lot to have confidence and security on the part of the sponsors. This is doing a lot of damage, not only to football, but to sport," he said.

1 War in Ukraine: Russia claims to have almost completed... 2 Roland-Garros: "I was afraid...", a year... 3 PICTURES. Cannes 2022: the stars make a splash at... 4 Eight months in jail for the owner of the dog Cooper... 5 Bardet, one of the favourites, leaves the Giro sick 6 Javier Tebas: "It can't be that PSG can... 7 Where to find the putrid rat in V Rising? 8 DIRECT. Kylian Mbappé: an extension at PSG and a... 9 In the United States, the push of the extremes is... 10 Giro: sick, Romain Bardet abandons the Tour of Italy 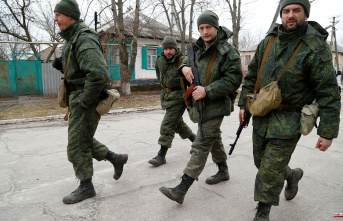 War in Ukraine: Russia claims to have almost completed...