The Plenary of the Constitutional Court has unanimously admitted this Thursday the appeal presented by the Popular Group against the refusal of the president of Congress, Meritxell Batet, to demand from the Government the complete files of the pardons of the 'procés'. 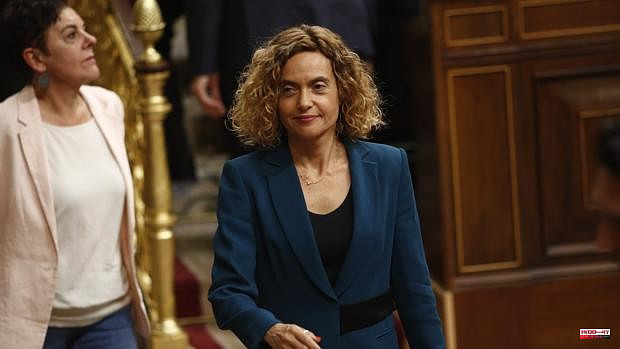 The Plenary of the Constitutional Court has unanimously admitted this Thursday the appeal presented by the Popular Group against the refusal of the president of Congress, Meritxell Batet, to demand from the Government the complete files of the pardons of the 'procés'. The popular went to the guarantee body after La Moncloa refused to give them a copy of those reports and Batet refused to claim them. The popular consider their right to exercise the representative position violated and demand that the president of the Lower House require the Executive to deliver the documentation in a "complete" manner.

In their letter, the popular ones recall that the Constitution establishes the right of deputies to request from the Government the documentation they consider pertinent. In his opinion, Batet's refusal to protect the constitutional right of parliamentarians is "crystalline" and they even denounce "a certain willingness to defend the Government."

They brand Batet's rejection of "incomprehensible" and "untenable in law."

The struggle between the PP and La Moncloa for access to all the files related to the procés pardons began practically after the measure was granted. On June 23, just one day after granting them, the popular spokesperson, Cuca Gamarra, requested the Executive, through Congress, a copy of all the documents. The Government replied on September 2 rejecting the request with the same argument with which it is vetoing citizens' access to these documents through Transparency. "They contain personal, family and social circumstances, as well as data on criminal offenses that cannot be disclosed without the express consent of the affected party" or "after the established deadlines have elapsed" (25 years from the death of the pardoned person or 50 years from the granting of of forgiveness).

The popular ones consider that this argument violates the legality. First, because it is contrary to the jurisprudence of the Supreme Court on the right of society to be informed about the pardons granted. Second, because personal data can be deleted as it is done in court decisions. For the parliamentary group, the Government's argument reveals its desire to "evade, by any means and arbitrarily, the duty to provide the documentation."

Eight days after receiving this reply, the popular spokesperson decided to ask Batet for protection so that he urge La Moncloa to send the documents. The president of the Chamber pointed out that it was not her responsibility to "assess" the Executive's response, but she did so explicitly when she denied that the Government had breached her duty because she offered "reasons based on law" for not facilitating information.

1 Declared medium danger of forest fires throughout... 2 The independentistas reproach the president of the... 3 They find 20,000 unsent letters in a house where a... 4 Russia accuses the son of a British parliamentarian... 5 Iberdrola multiplies its investments in New York to... 6 Swiatek and Gauff, a luxury final in Paris 7 Consensus at the meeting to address the situation... 8 The Christ of the Column of Bolaños is declared of... 9 Mazón: «Our challenge is to position Alicante extra... 10 They ratify the sentence against a resident of Villarrobledo... 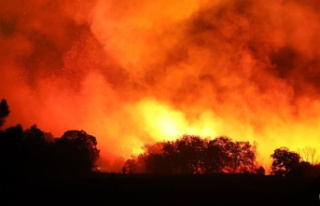