Tanxugueiras, Xabi Aburruzaga and Septeto Santiaguero will turn Segovia into "the capital of folk"

Folk Segovia returns strongly in its edition this year with the recovery of one of its most emblematic spaces, the Plaza de San Martín, as well as parades with groups from various parts of the Spanish geography, as well as a concert line-up with Septeto Santiaguero, Xabi Aburruzaga, Marala, Andaraje, Tanxuguerias or Xisco Feijóo. 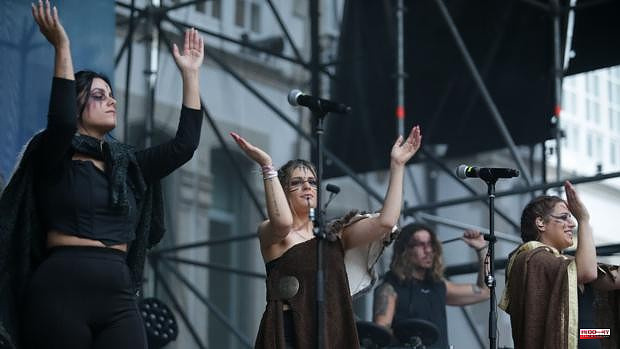 Folk Segovia returns strongly in its edition this year with the recovery of one of its most emblematic spaces, the Plaza de San Martín, as well as parades with groups from various parts of the Spanish geography, as well as a concert line-up with Septeto Santiaguero, Xabi Aburruzaga, Marala, Andaraje, Tanxuguerias or Xisco Feijóo. In addition, there will be workshops, exhibitions and a record fair. The Segovia City Council collaborates with an item of 32,000 euros. The city will be the 'capital of Folk' again this summer.

The director of Folk Segovia, Cristina Ortiz, recalled that it reaches and its XVIII edition, from June 29 to July 3. On Saint Peter's Day, the last concert of the Fairs and Festivals takes place, with Tanxugueiras, which is also the first of Folk Segovia, at 10:00 p.m., in Azoguejo.

The official opening of the festival will be on Thursday 30, at the Alhóndiga. Previously, at 6:30 p.m., the School of Dulzaina de Segovia will make a parade from the Aqueduct.

As detailed, this very special opening ceremony. Under the title '50 years is nothing', recognition will be given to the three oldest contests in Spain: Gaitero's Day, in Laguardia; Day of the Dulzainero, in Burgos and the Contest of the Dulzaina and Tamboril José María Cafrán, in Sigüenza.

Ortiz has also advanced that two groups that participate in the festival and that are celebrating their 50th birthday will be honored: Tahona and Andaraje. As host in this recognition, the New Master of Juglaria, with 53 years of experience. After this act, it will be the veteran group from Valladolid, Tahona, who will perform in the recovered and emblematic Plaza de San Martín, at 8:00 p.m., with the songs from their next album '50 years amassing tradition', informs Ical.

On Friday, July 1, at 6:00 p.m., in San Martín, at 8:00 p.m., it will be the turn of the Andalusian group Andaraje. The next appointment will be at 9:15 p.m., by the School of Dulzainas de San Lorenzo, under the direction of Jesús Costa, will hold a parade from the Plaza Mayor to the Plaza de San Lorenzo, where, starting at 10:00 p.m., in collaboration between the festival and the Nights of Music in the Atrium, with the Galician singer, dancer and choreographer, Xisco Feijóo, with the presentation of his work 'Peixe'.

Cristina Ortiz has highlighted that the only paid concert, with tickets priced at 10 euros, will be on July 2, at 10:00 p.m., in San Juan de los Caballeros, with the trikilari Xabi Aburrruzaga, with his project 'Aurrez Aurre' , to make way for the Cubans 'Septeto Santiaguero', one of the greatest exponents of Cuban son, with two Latin Grammys in his possession. Tickets can be purchased at the Visitor Reception Center.

The last day of Folk Segovia, on Sunday, July 3, starts with the parade through the walled enclosure, at noon and will conclude with the concert, at 8:00 p.m., in San Martín, by Juan José Robles, with his album 'In- stillness'.

In addition, lovers of folk music and the fusion of styles based on traditional music, have an essential appointment at the Alhóndiga, with the Folk Segovia exhibitions, led by Juan Pablo Barreno and his exhibition '30 years of construction of instruments in Segovia', and Claudia de Santos, with 'Y es de viejo', with works made in different techniques but with the common denominator of the use of old and used textiles.

1 They capture a driver who was traveling at 169 kilometers... 2 Two children intoxicated after the fire in an abandoned... 3 Salvini fiasco in the referendum on justice in Italy:... 4 The second strike of the 'contact center'... 5 The birth rate registers historical lows in the Basque... 6 Families who will have free textbooks next year go... 7 María Raboso, Alba Espejo and Rocío Vaquero, Queens... 8 The “tsunami” of the coronavirus caused the number... 9 Caritas warns that the "new poor is a middle... 10 Sexist violence in the Canary Islands rises 8% in... 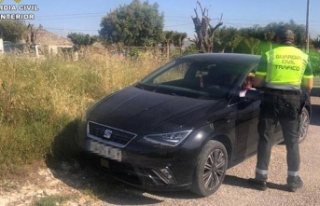 They capture a driver who was traveling at 169 kilometers...