The mayor of Talavera de la Reina, Tita García Élez, has valued this Sunday the edition of San Isidro that with its parade returns to "fill the city and its streets with life and color" and has highlighted the "collective illusion" that has all the people to celebrate the fairs of May and courtship. 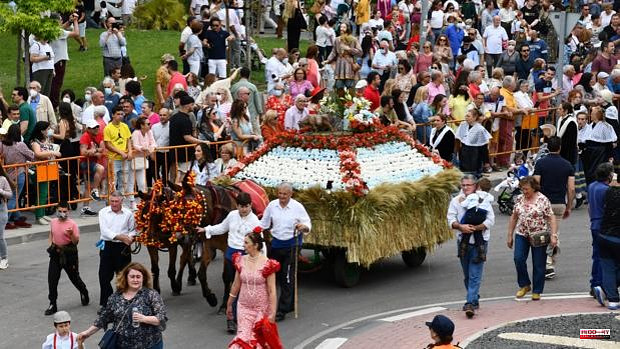 The mayor of Talavera de la Reina, Tita García Élez, has valued this Sunday the edition of San Isidro that with its parade returns to "fill the city and its streets with life and color" and has highlighted the "collective illusion" that has all the people to celebrate the fairs of May and courtship.

Accompanied by the president of the Brotherhood of San Isidro, Enrique Núñez, García Élez thanked the group for the work done on this day, with a very laborious organization, but also for two or three months before, with coordinated and meticulous work so that the floats are perfect for the occasion.

Likewise, he has referred to the great recreation that the eight sectors of the brotherhood have done in their floats, in which, as every year, the history and tradition of agriculture and livestock in Talavera and its region are extolled, informed the City Council in a press release.

This year, the floats have been titled: the garbanzal, the Plaza del Rollo, Jardines del Prado-Fuente de las Ranas, the bakery and pastries, the saffron rose, the patio of the Cruz de Mayo and the dairy.

In the same way, García Élez has mentioned how important it has been, after two years of hiatus due to the pandemic, the massive support of the new generations, who are joining year after year, and who guarantee continuity as "carriers of the tradition".

At this point, he said that the promotion that the Brotherhood of San Isidro does every year is essential to bring to the citizens of Talavera everything that the primary sector in our region contains. As with the fairs themselves, the mayor has said that this is the "San Isidro of the reunion between the neighbors and the thousands of visitors, something that makes us feel very proud of what is ours."

For his part, Enrique Núñez has pointed out how important the coordinated work of the Board of Directors, the sectors and the City Council is for the best development of this parade. Figures higher than those of 2019, with around 300 horses, eight more carriages (up to 35) and four more carriages.

"A very important day with this moving showcase of the livestock and agricultural sector in the city and region," he said.

The parade of San Isidro has started its procession from the Plaza del Pan and has continued through several streets of the city until ending next to the hermitage that bears the name of the patron saint, where the field mass and the blessing of fields and won by Aurelio de León.

Finally, he has shown the forceful commitment of the Government team for this festivity, in the same line that was proposed at the beginning of the legislature: "consolidate and strengthen traditions, enriching programs, but without ever losing the essence that it contains".

1 A man arrested for burning the plaque and the crown... 2 Benidorm Fest 2023 warms up engines in the heat of... 3 'Great Prospector' is once again the fastest... 4 IOC threatens to drop out of the Olympics: Russian... 5 [IN IMAGES] A pedestrian hit by a tanker truck in... 6 The author of the racist massacre in Buffalo radicalized... 7 A walk in the park for Canada 8 UNFP trophies: eagerly awaited, Mbappé will be the... 9 Tennis: unbeatable, Iga Swiatek wins in Rome and wins... 10 The fire of a hospital center in Arévalo forces the... 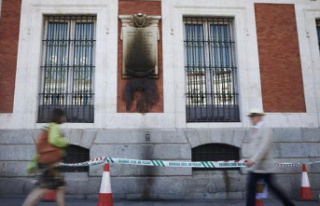 A man arrested for burning the plaque and the crown...