Sweet trend: Manuka honey in the test: How does the export hit from New Zealand taste?

A South Sea myrtle prefers the remote and mountainous regions of New Zealand and south-eastern Australia where it is humid and warm. 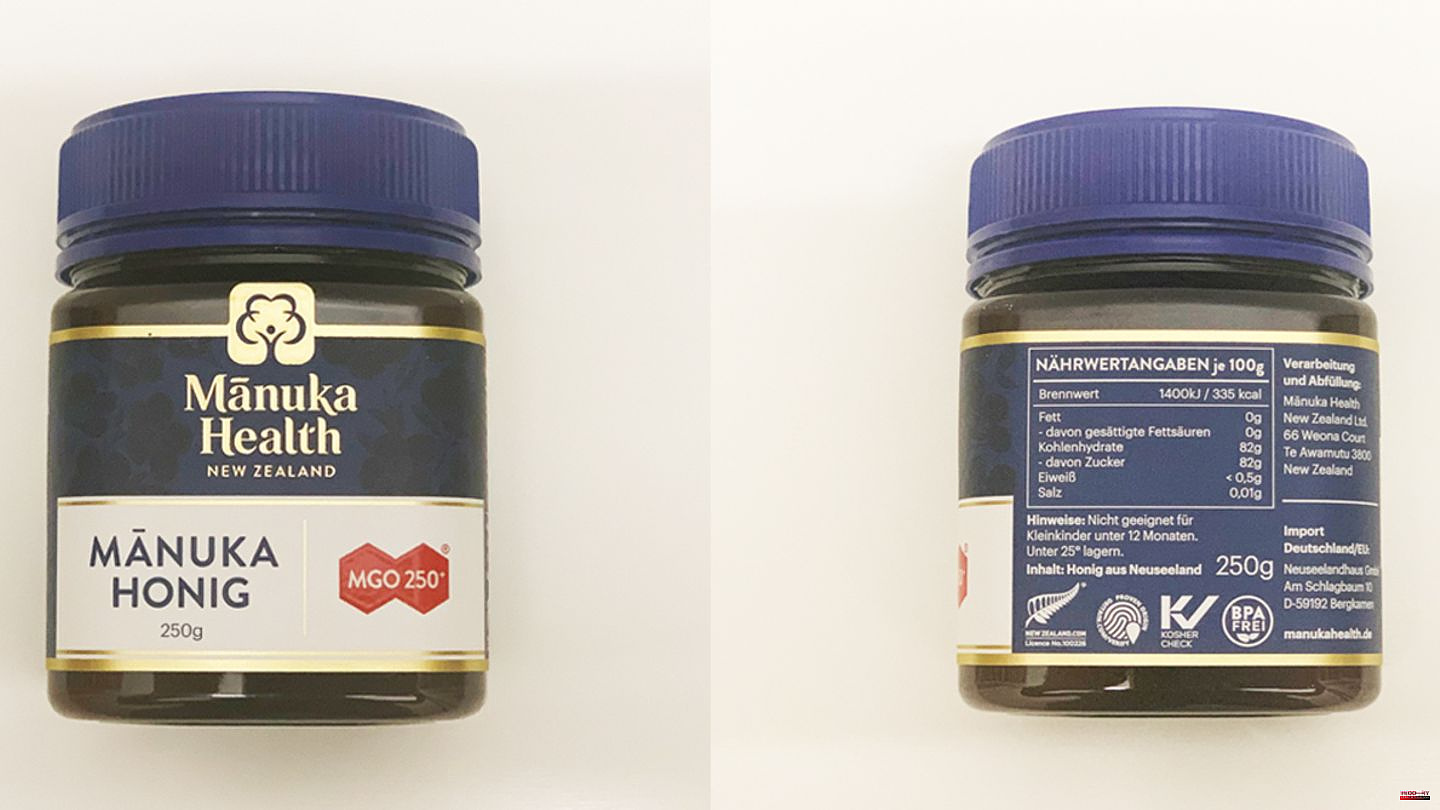 A South Sea myrtle prefers the remote and mountainous regions of New Zealand and south-eastern Australia where it is humid and warm. For this reason, the Manuka bush feels particularly at home at the edge of the forest and on open slopes, but it also grows near the river. From a purely visual point of view, the blossoms are reminiscent of those of our local cherry tree. However, they have nothing in common: the nectar obtained from the flowers of the South Sea myrtle is processed into Manuka honey. And not just since yesterday, but for many decades. It is all the more astonishing that honey from New Zealand is suddenly being given so much attention in this country. The answer lies in methylglyoxal. The star has found out for you what it is, how Manuka honey works and tastes.

The manuka plant can grow several meters tall in the form of a shrub or tree. Its leaves, bark and honey have always been used externally by the natives of New Zealand to disinfect the skin or even promote wound healing. And the local farmers also use the power of manuka honey to protect their cows from diseases. In Germany, on the other hand, it was only in 2008 that a professor from the TU Dresden became aware of the export product: the food chemist Thomas Henle succeeded in deciphering the cause of the germicidal effect of honey. Although due to chance, he discovered the increased methylglyoxal content (MGO) - which is said to have a particularly high antibacterial effect. For comparison: an ordinary honey usually contains 20 milligrams of MGO per kilogram, while the New Zealand counterpart sometimes has up to 800 milligrams of MGO per kilogram. And that's exactly what makes him so special.

Manuka honey is created just like ordinary honey: in a honeycomb. There is no MGO in the flower nectar itself - only after the substance dihydroxyacetone it contains dehydrates does methylglyoxal form: an antibacterial sugar breakdown product that is available in different quality levels. In order to indicate how strong the antibacterial effect is, the UMF value (Unique Manuka Factor) was determined. The rule here is: the higher the value, the stronger the effect. Regardless of the other ingredients. However, the rating system is not the same as the MGO value, so you can calculate as follows:

The MGO value itself indicates how much methylglyoxal is actually contained in a jar of Manuka honey. The information is usually clearly visible on the label and reads, for example, MGO100, MGO400 or MGO1000. So you can expect the prices of a jar of honey to increase steadily as the MGO increases. A lucrative business, also for many imitators who bring fakes onto the market and label their Manuka honey with "active 10" or "active plus". "Every year around 1,700 tons are produced, but an estimated 10,000 tons of honey are sold worldwide under the name Manuka honey. This means that only about every sixth jar is actually real," warns the TU Dresden. To make sure that you don't buy a counterfeit, you should always make sure that the products have a protected trademark (MGO ® or UMF ®).

Due to its significantly stronger antibacterial and anti-inflammatory effect, Manuka honey is touted as a panacea for various ailments. It is said to support wound healing, alleviate dental problems (infections, periodontitis and even tooth decay), prevent colds, relieve gastrointestinal problems, counteract inflammation and even improve the complexion. Apart from the fact that the honey is also used as an alternative sweetener - or as an ordinary spread. After all, honey has always been used to sweeten hot milk or tea. This is also possible here without any problems, since the methylglyoxal content remains unchanged even when exposed to heat.

Note: So far, the health-promoting effect could only be proven in the laboratory. There is not (yet) a study on the actual effect on humans.

If you want to get the golden nectar into your system, a daily dose of one to three teaspoons is recommended. Whether you enjoy the honey pure, dissolve it in tea or smear it on a slice of bread is up to you. As an alternative to the classic product, you can also use ready-made teas, oils, ointments, sweets or tablets based on Manuka honey. However, pay attention to the manufacturer's recommended dosage. The motto "a lot helps a lot" doesn't apply. For example, if you choose an oil, you can rub a few drops on your chest every night before you go to bed. This allows the active ingredient to be absorbed overnight.

Tastes are different - for this reason, the manuka honey was not only tried by one person in the stern editorial office, but by several. So that the testers could get a personal impression of the export hit from New Zealand, they tested the honey in three different ways: pure, as a sweetener in tea and as a spread. A jar of Manuka honey MGO250 for around 30 euros from Amazon was used for the test. On closer inspection, the testers first noticed that the packaging is made of plastic - which is certainly not wrong for safe transport, but still (also in terms of sustainability) seems inferior to a glass jar. After the honey pot was opened, the test persons immediately agreed that the sweet smell, the golden yellow color and the viscous consistency are very similar to the properties of ordinary bee honey.

The nutritional values ​​are made up as follows:

To find out whether the same applies to the taste, each employee tried a spoonful of pure Manuka and let it melt in their mouths. And here, too, the testers agreed that the honey tasted just as delicious as the conventional products. At this point it should be emphasized again that Manuka honey is not characterized by a different or better taste, but by its mode of action. Nevertheless, it was important for the subjects to know whether the product tasted good, and it does. The only thing the employees noticed from the smell was that the honey from New Zealand spreads a spicier aroma – which, however, was hardly noticeable in the taste test.

In the second step, the Manuka honey was used as a sweetener for a freshly brewed tea. According to the testers, the golden nectar dissolved in the hot water – as expected – within a short time. And how did you like it? The result is clear: the test persons found the possible alternative to refined sugar to be very pleasant and tasty. Their tea with honey tasted exactly as they had hoped. Of course it depends on how sweet you like your hot drink, but the Manuka version can also be dosed. The same applies to the third and final attempt in the round.

Here the honey was used as a spread, in combination with unsweetened butter. As a result, the stern test subjects determined that the sticky content could be spread very easily on the bread. In the end, the taste was convincing again: the employees liked the color, smell and consistency in equal measure. This is also reflected in their conclusion, in which there is also a fly in the ointment: the price. For just 250 grams, a jar of Manuka honey costs 30 euros. The product becomes correspondingly more expensive if you opt for an even higher MGO value. In the end, you are faced with the question of what good taste from New Zealand is worth to you.

In principle, honey should always be stored in the dark, no matter what type it is. The product from New Zealand is already delivered in a light-proof container so that the contents are adequately protected. Nevertheless, it is also important here that you always store the Manuka honey in a cool place - according to the manufacturer, the room temperature should be below 25 degrees. However, this does not mean that you can store the South Sea honey in the fridge. On the contrary: If it is stored too cold, it can draw water - which has an irrevocable negative effect on quality and shelf life. To explain: As in many other foods, yeast cells live in honey, which feed on sugar and water and convert them into carbon dioxide and alcohol. In other words: the more comfortable you feel, the faster the fermentation process progresses. So if the honey draws water, it will go bad faster. And you can taste it too, when the sweet nectar gets a sour aroma.

Note: Honey can solidify or crystallize over time. Don't let that put you off - it's not a sign of declining quality, it's a natural process.

Every honey is marked with a best before date. It gives you information about when the product was bottled and how long it can be kept - according to German food law. However, if the Manuka honey is stored correctly, it can be consumed much longer, the best-before date should only be a guideline or a kind of recommendation. However, you can use the honey for many years without hesitation, thanks to the high sugar content. To keep it that way, you should always make sure that you only touch the honey with clean cutlery so that no germs can get into the glass and bacteria can spread. In addition, the container should be tightly closed, otherwise the honey will draw moisture from the air - and then the phenomenon described above will occur, so that the contents (despite correct storage) can spoil faster.

Honey is fundamentally not suitable for children under the age of twelve months. This is due to their sensitive intestinal flora, which is not yet strong enough to fight off pathogenic bacteria. Here there is a risk of death that your infant will contract botulism. Certain bacteria, also known as Clostridium botulinum, get into the child's intestines and produce neurotoxin there - a dangerous neurotoxin that attacks the cells and can cause lasting damage to the baby. And since it is well known that there are bacteria in almost all natural products, Manuka honey is also taboo in the first year. From the 13th month, consumption is harmless - unless your child is allergic to many foods. In that case, you should talk to a doctor first before testing the honey.

In summary, manuka honey is far from affordable. However, if you consider the distance each glass has to travel from New Zealand to Germany and the high methylglyoxal content, the high price is understandable. In any case, there is no question that the golden nectar tastes delicious - in the end you have to decide for yourself what a glass of South Sea myrtle is worth to you. If you're not a fan of honey to begin with, you won't have much fun with this strain either. Therefore, the product is definitely more suitable for those who like to sweeten their tea or prefer a sweet spread. For your personal taste test, you might start with a small variant (MGO100 or MGO250) before choosing a higher value (e.g. MGO 400). Because as the methylglyoxal content increases, the prices also go up exponentially.

Note: This article contains general information and cannot replace a visit to a doctor. The Manuka honey products are not approved as medicinal products. 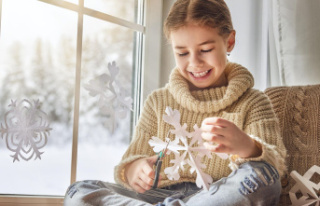