A new study found that surgeons underestimate the time it takes for women to get back to their normal lives after sling surgery to treat stress urinary incontinence. 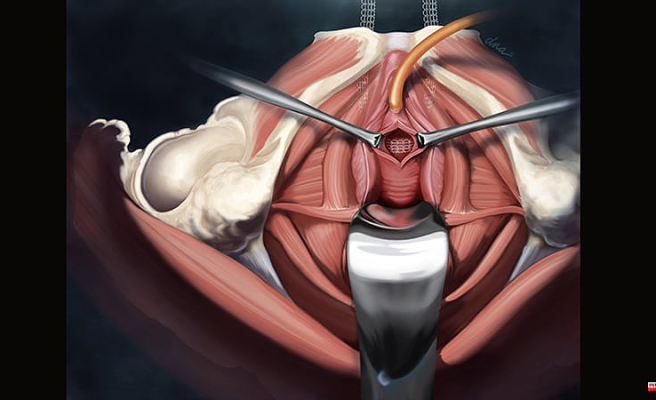 A new study found that surgeons underestimate the time it takes for women to get back to their normal lives after sling surgery to treat stress urinary incontinence.

Researchers found that only 40% of women who had undergone midurethral surgery reported being able to return to work or other activities within two weeks. This is a far less optimistic outlook than the one surgeons usually give in these cases.

Wang mentioned a 2017 survey of 135 doctors that was published at the Society of Gynecologic Surgeons' 2018 meeting. 88% of the respondents stated that patients can return to sedentary work within two weeks after having sling surgery. The majority of respondents recommended that patients wait longer before returning to manual labor.

Survey authors noted that there were no consensus guidelines or wide variations in postoperative recommendations after minimally invasive gynecologic or pelvic reconstructive surgeries. This field was "largely unstudied."

Wang stated, "The majority patients may require more than two weeks to return work and normal activities even after minimally invasive outpatient surgery such as midurethral strapping."

Wang will present his findings at the American Urogynecologic Society 2022 Scientific Meeting 2022 in Austin.

Wang and a colleague studied how patients responded to questions regarding their activity levels after sling surgery. Patients were enrolled in the Trial of Mid-Urethral Slings, a randomised controlled trial. It compared two types of midurethral devices used to treat stress urinary incontinence: retropubic and transobturator. The trial's results were published in 2010.

Out of 597 women who were enrolled in TOMUS there were 441 included in the new analysis. The analysis did not include patients who had another procedure at the same time they underwent their sling surgery.

Patients were asked to tell the trial how many days they worked after surgery, whether they were able to return to work and how long it took them to get back to work.

Multivariate regression analysis did not yield any factor that could predict when a patient will return to work or normal activity. Researchers did not find significant differences in the failure rates or adverse outcomes between patients returning within 2 weeks and those who returned after 2 weeks.

Wang stated that she hopes the findings will assist physicians in counseling patients and setting expectations for postoperative recovery. Wang stated that patients who are considering elective surgery should consider the recovery time and how it will affect their quality of life.

Patients typically needed to rest for more than two weeks after surgery. However, patients were able to get paid for up to four days. Wang stated that many patients would have used vacation or unpaid days to recover from surgery.

She said that further research is required to determine if this discrepancydisproportionately affects women working in jobs that offer fewer benefits. She said that there was no evidence that age, race/ethnicity or marital status, occupation, severity of symptoms, or time since surgery could predict the timing of return-to-work or normal activities. But are other factors such as income, geographic location, and insurance status, affecting this timing?

Sarah Boyd, MD is an assistant professor in Division of Female Pelvic Medicine and Reconstructive surgery at Penn State College of Medicine in Hershey, Pennsylvania. She said that the new findings provide concrete information that can help patients plan their recovery.

"Previously, surgeons could only give general estimates to these patients based upon the experience of their patient," Boyd, who wasn't involved in the study, said to Medscape Medical News.

Boyd stated that the analysis was not published in peer-reviewed journals and may not apply to all people who undergo midurethral strapping procedures. He also said that it could not be applicable to patients who have had incontinence surgery or who are undergoing surgery for other pelvic floor disorders.

Wang and Boyd did not report any relevant financial relationships.

1 Rare Viking Sword Reassembled from Two Smaller Artifacts... 2 If all living humans were merged together, they would... 3 Why did people start eating Egyptian Mummies? The... 4 TikTokkers Believe Gasoline has Lost its Smell. But... 5 UK Starts the Largest 4-Day Work Week Trial in the... 6 Cave Known for Its Paintings was Occupied by Humans... 7 Discoveries of 30 Curse Tablets show how Athenian... 8 Do you want to avoid pandemics happening? Stop spreading... 9 Nathaniel Hackett doesn't care if Russell Wilson's... 10 You can boost your productivity with the Zeigarnik... 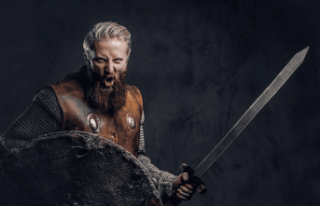