Sunfire co-founder Nils Aldag: "Hydrogen, one of the most exciting energy markets"

Hydrogen is an important beacon of hope for the energy transition, especially since gas imports from Russia have become increasingly subject to reservations. 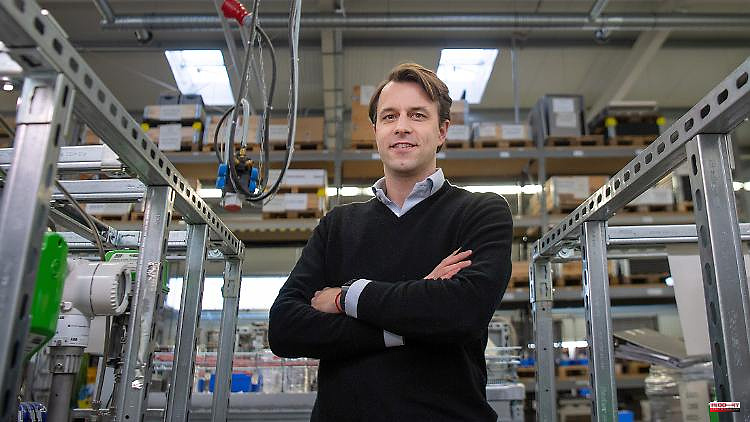 Hydrogen is an important beacon of hope for the energy transition, especially since gas imports from Russia have become increasingly subject to reservations. Electrolysers are needed for its production - a technology in which the Dresden startup Sunfire is a leader.

Since the Russian attack on Ukraine, the production of hydrogen has gone from being an expert topic to being a top priority project. The energy source, which tends to be low in pollutants, has always been intended as a building block for the energy transition and as a storage medium. But the pressure to reduce dependence on Russian gas as quickly as possible has greatly increased the demand for hydrogen. "Since the beginning of this year, there has been an additional dynamic," says Nils Aldag, CEO of Sunfire, in the "Zero Hour" podcast. "Hydrogen is becoming one of the most exciting energy markets of all."

The Dresden-based company builds electrolysers - i.e. systems that generate hydrogen by electrolysis - and is banking on a booming market: many sectors such as steel, chemical and cement producers are relying on hydrogen on the way to climate neutrality. Global hydrogen demand is estimated to grow from 71 to 88 megatons (Mt) between 2019 and 2030 and double to 137 Mt by 2040. In Germany alone, demand could increase to 3.3 Mt by 2030.

Aldag founded Sunfire in 2010 together with Carl Berninghausen and Christian von Olshausen, at a time when investors also had little interest in hydrogen: "Back then, it was an absolute disaster to come up with the subject of hydrogen and with an investment-intensive business. It was it was also unclear at the time how the margins would develop," says Aldag.

Twelve years later, it seems clear that Aldag and its co-founders were right. Few companies have the necessary know-how to manufacture electrolysers on an industrial scale. According to Aldag, Sunfire is one of the world's top five electrolysis manufacturers. The company employs 370 people in Dresden and at two other locations in Germany and Switzerland. It was commissioned by the energy group RWE to supply an electrolysis plant for green hydrogen, i.e. hydrogen produced with renewable energies. In 2022, the company received EUR 195 million in a financing round from investors such as Copenhagen Infrastructure Partners and Lightrock. "In terms of the number of employees, incoming orders and financing, we can compare ourselves to the electrolysis department at Thyssenkrupp or Siemens," says the managing director.

Nils Aldag finds the goals of German and European politics for progress with hydrogen "extremely demanding": "If we could start tomorrow morning, the goal would actually be achievable," he says. The manufacturers are "in the starting blocks" and want to invest in production capacities and personnel. However, it is "just about targets and not yet about real demand," says Aldag. In order for this to be able to leave the prototype phase, "competent people in large quantities" are needed. "If the real demand doesn't come at some point and the political support doesn't increase even more, it will definitely be tight in time to achieve the goals," says the Sunfire CEO.

Listen to the new episode of "The Zero Hour":

All episodes can be found directly on Audio Now, Apple or Spotify or via Google.

1 Criticism of Habeck: Woidke demands billions in aid... 2 For the first time since the beginning of March: Diesel... 3 High inflation: How to save your money 4 Grains as a weapon of war: how Russia's onslaught... 5 The price of electricity rises 53% this Monday and... 6 Industry ruled out the use of European funds to intervene... 7 ERC requires the Treasury to increase the staff of... 8 Liberbank's digital banking will suffer interruptions... 9 Maragall points out Colau after the espionage in the... 10 "That's absurd": Baby milk is becoming... 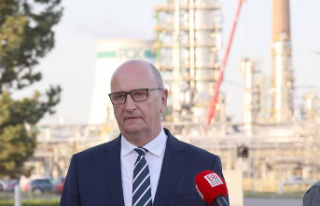