The pandemic and the consequences derived from it in the form of confinements and restrictions have caused changes in life habits that are still present in one way or another. 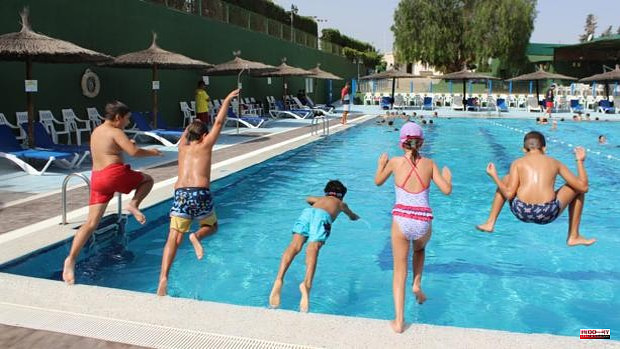 The pandemic and the consequences derived from it in the form of confinements and restrictions have caused changes in life habits that are still present in one way or another. The abusive use of digital screens or the greater difficulty in carrying out face-to-face activities in a group were some of them. That is why some proposals were not only eagerly awaited, but have come back even stronger than they were before Covid-19 surprised us.

This is the case of the well-known summer schools. Although educational classrooms have been enjoying what is called “normality” for a few months now, next July will see the return of this type of activity. And it does so with a notable increase in demand from parents and students.

The reason: the relaxation of the measures, the loss of the fear of contagion and the return to greater freedom of movement, as well as a great desire to enjoy the outdoors and social contact. “The pandemic forced a rethinking of summer courses. One year with total cancellation and the next with multiple health protocols and measures that forced, among other issues, to cancel outings that included overnight stays. This year we have allowed ourselves not only to reschedule the original content, but even to improve and enhance it, and the response from families is being extraordinary”, they explain from ELIS.

Sports, art or computer science, short film workshops, creation of a company or cooking sessions are some of the programmed proposals, as well as multi-adventure excursions and water activities, or even the celebration of a film festival. It is about offering fun while learning, giving special prominence to languages: in the case of ELIS, this has an essential weight in the programming. Yes, playing. “Sometimes we think that a Summer School is an extension of school. However, the concept is not that. It is a place where children can meet other children of the same age, try different workshops that awaken their concerns, help them discover new interests and take them away from the screens, something that has become too much of a hobby. common among young people”, they explain from ELIS.

Not only this, but it has also proved to be an excellent option for those parents who want their children to improve their level of English but who consider that a stay abroad is not the best option. In addition, educators affirm that maintaining a certain level of academic activity during the summer period helps to ensure that the vacation break does not become too long, not only maintaining but also enhancing cognitive and physical skills for the following year.

Sharing time and knowing first-hand the experience of champions in their disciplines is another incentive for students. The students of the Summer School of ELIS Murcia, in particular, will have the opportunity to meet José Antonio Alcaraz, world champion in athletics in the 1,500 meters for veterans. “Summer campuses offer to occupy time that was previously covered by attending classes in educational centers, and that avoids sedentary lifestyle or the acquisition of unhealthy habits such as the abuse of technological devices (mobile, tablets, hours sitting in front of the computer or television...), being able to have real contact with classmates of the same age, in a healthier environment for them and enjoying activities that they cannot do during the rest of the year. The practice of sports supposes a covert learning of these and many other values ​​and teachings, in addition to being a very necessary socializing tool today, whose main objective is to help us to be good athletes and better people”, assures the athlete, who will direct the campus.

In the case of ELIS Villamartín, this year Playedu has joined, a company specializing in the organization of extracurricular activities and educational innovation that participates both in the programming and in the execution and monitoring of workshops, excursions, games and sessions.

1 The catastrophe of Imserso de Belarra for hotels:... 2 Albares, on Algeria: «We will give a serene, constructive... 3 From "reliable partner" to "extraordinary... 4 Del Rivero accuses the judge of doing "sleight... 5 Spain evacuates 2,000 people in a race against the... 6 Concerns about Cholera in an Occupied Ukrainian City... 7 The prudent strategy of Marc Márquez 8 Two valuable works of art stolen in Italy recovered... 9 Nissan closes a new collective agreement until 2024... 10 Thirteen arrested for defrauding 500 people in the... 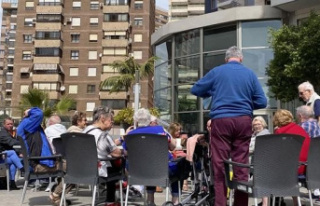